How to Recycle Cell Phones

The average American gets a new cell phone every 18 months. Learn how you can recycle or reuse your older model when you upgrade. 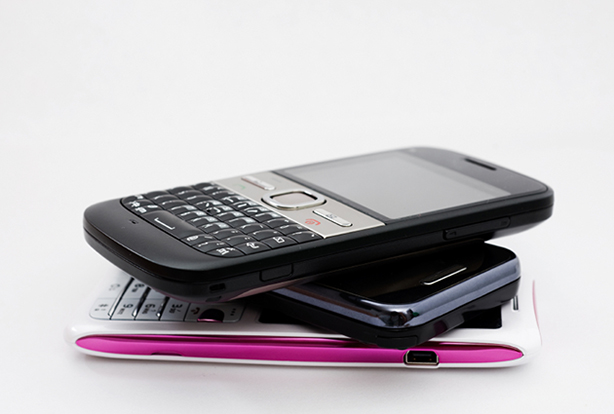 According to online cell phone retailer Wirefly, the average American gets a new cell phone every 18 months. That means 130 million cell phones make their way into the U.S. waste stream annually, creating around 65,000 tons of electronic waste. Given that they contain environmentally harmful lithium-ion batteries and precious metals that can be put back to good use, cell phones should not make their way into your local landfill. In fact, in many states it is illegal to put electronics such as cell phones in the trash. There are plenty of companies that will take your old phone to resell or recycle. Some of them will even put it back to use to help people in need. So, when you are ready to dispose of an old mobile device, you have your pick of good options.

What is a cell phone made of?

The body of a cell phone is typically plastic, although some smartphones also include aluminum. These components make up the bulk of the phone and can be recycled. In fact, cell phone plastic is a recognized commodity, which makes it easy for recyclers to sell it downstream. There are two things in a cell phone that require special handling. One is the lithium-ion battery, which contains metals such as nickel, zinc and cadmium — none of which should be sitting around in large quantities. These batteries are also easy to recycle; the battery industry has a whole program called Call2Recycle dedicated to recycling lithium-ion and other rechargeable batteries. Recyclers can pull the metals from old batteries and use them to make new ones. The other sensitive item in a cell phone is the gold located on the circuit board, which is extremely valuable. Recyclers will smelt these metals to remove them for resale. They will also scour the phone for copper, another high-value item. Older phones may contain a SIM card, a tiny piece of plastic that holds address book information and other data. SIM cards are made of the same plastic as credit cards, so they are easy to recycle. Most recyclers should shred them to keep your personal information private. Cell phone accessories, including chargers and hands-free devices, can also be recycled. Most items are made of the same plastic as cell phone and have wires that contain copper, so they can combine those products with other cell phone commodities.

Many smartphones still have enough value that they can be resold. Recycling companies may make minor repairs (such as replacing parts or fixing speakers) to get phones back into working condition before they resell them. If your smartphone is relatively new, you may be able to sell it yourself on Craigslist or a similar site. Newer model iPhones and Samsung Galaxy phones sell for around $250. Be sure you take the following precautionary steps before you sell your phone: There are several nonprofits that take cell phones and give them to people in need. Secure the Call donates phones to elderly folks and women who have left abusive relationships. Phones4Freedom uses phones to combat human trafficking in Third World countries. Many nonprofits solicit cell phone donations so they can sell those phones and raise money for their charitable work. Examples include the National Coalition Against Domestic Violence, March of Dimes and Cell Phones for Soldiers.

Recycle your cell phone curbside or at a recycling center

If reuse is not an option, either because your phone is too old or too damaged, you can send it off for recycling. Several communities in California, including Palo Alto and Hayward, accept cell phones as part of their curbside recycling program. Check with your local recycling agency for details; in some cases they may have extra requirements, such as placing the phone in a clear plastic bag. Your government-run solid waste district may have an electronics recycling program, especially if you are in one of the 25 states with e-waste recycling laws. The key is finding out when and where they take cell phones. Some communities, such as Fairfield, CT, and Dover, DE, accept electronic gear on an on-going basis. Others, like Denver and Greenville, NC, take them only on special collection days. Call the agency that handles recycling in your community or use 1-800-RECYCLING’s recycling search tool to find out more about where you can recycle your cell phone.