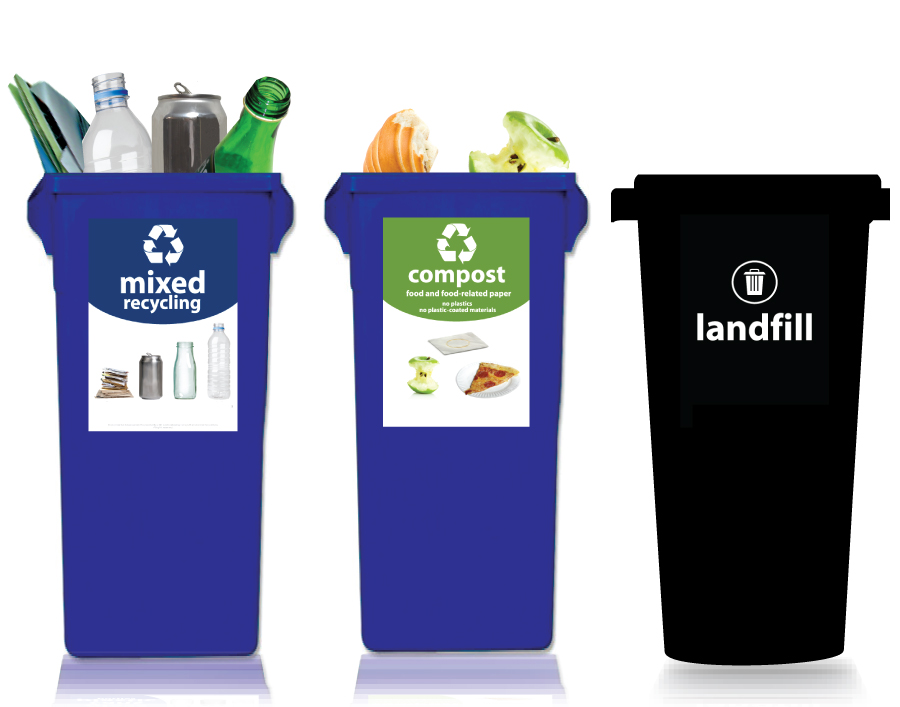 How does a nonprofit make a far-reaching impact? How do small startups grow the type of influence that puts them in the same stratosphere as giant corporations? How do you use the media when your message needs to be sent out to people across the country, especially when your budget does not allow for a big advertising campaign? The issue at hand is waste, and that makes it a big issue. Recycling is a vital to ease our quickly growing environmental problems caused by our culture of mass consumption and single-use products and packaging. Many organizations — social enterprise and nonprofits alike — are passionate about recycling and raising awareness about the impacts of our tireless consumption. But, how do smaller companies make a significant difference on a national or even global scale? Recycle Across America is the nonprofit, TerraCycle is the startup, Participant Media is the source of the amplification and collaboration is the key. The three organizations partnered to create Recycle Right, a campaign to get consumers recycling more and recycling correctly, thereby keeping valuable materials out of the waste stream. The campaign focuses on clear, easily understood labels for recycling and trash bins, as well as informational videos and tips to educate consumers on efficient recycling. Recycle Across America creates standardized, easy-to-understand recycling labels to make the entire recycling process more seamless and effective. Studies show that effective labeling can increase recycling rates almost 50%. TerraCycle, on the other hand, works with traditionally “nonrecyclable” products, creating solutions and recycling methods for all types of waste that do not fit in the recycling bin. Pivot TV, a new, socially minded television network created by Participant Media, is working on a docu-series about the world of TerraCycle titled Human Resources. Set to air this August, Human Resources inspired and will be strongly tied to the Recycle Right campaign through PSAs, commercials and online collaborations. Despite the ease of recycling, materials are not properly recycled across the country due to confusion; Americans only recycle 34% of their consumer waste, and just 9% of plastic gets recycled yearly. This confusion can easily be fixed with clarifying and standardized labeling — the message just needs to get out to consumers. Recycle Across America joining forces with Pivot and TerraCycle can thus bring about great changes in our country’s recycling habits. “Worldwide waste is expected to double by 2025 and with the U.S. being the largest producer of waste in the world, it is imperative that we address this issue today,” RAA Executive Director Mitch Hedlund explains. “We need to remind ourselves that it’s not just waste that’s doubling; it’s the use of finite natural resources and generation of excessive CO2 that will also double.” Partnerships like these are the key to getting consumers engaged in recycling and educated about proper, effective and efficient recycling methods. Although they may have different ways of operating, nonprofits and startups often work toward similar goals and face common obstacles — namely, limited resources. The best way to overcome these obstacles is to think together and work together. Chad Boettcher, EVP of Social Action and Advocacy at Participant Media, calls the Recycle Right! campaign a “tangible and easy step” in the right direction environmentally and economically. It is true: Standardized recycling labels have been shown to increase recycling by more than 50%, as well as reduce the amount of trash that gets mistakenly thrown in recycling bins. Making recycling clearer for consumers will not only increase recycling levels, but will also increase the pace and efficiency of recycling, for incorrect recycling (putting the wrong materials in the wrong bin) adds time and money to the process. In this way, standardized labels are extremely important to the recycling industry — more quality recycled materials will help keep their costs competitive with those of virgin materials. 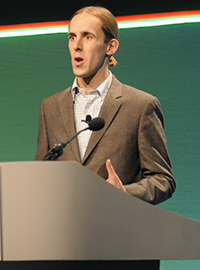 Individually, all three companies are all doing important and impactful work. Yet together, their skills and efforts are maximized to create as much progress as possible. Together, Recycle Across America and TerraCycle cover nearly every kind of recycled material, whether traditionally recyclable or not. By partnering together and joining forces with Pivot, the network and Human Resources can spread awareness on how easy it is to recycle more and recycle better. Partnering is a simple idea and an old tactic, but it just makes sense. So, come join us. We need your help, too. Learn more on how you can recycle more and better at takepart.com/humanresources or recycleacrossamerica.org. Albe Zakes is the Global VP of Communications at TerraCycle. Recycle your “nonrecyclable” items today with TerraCycle at terracycle.com.