How to Recycle Bottle Caps

Both metal and plastic bottle caps are experiencing a spike in recyclability. 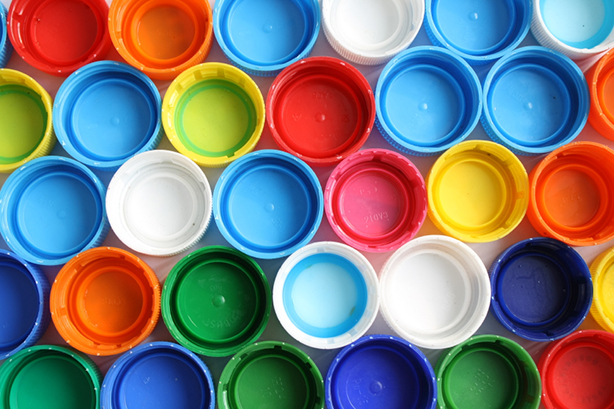 Bottle caps seem pretty harmless, right? How much trouble can a 1- or 2-inch piece of plastic or metal cause for the environment? Plenty, when there are billions of them thrown away every year. Every single day people drink 1.7 billion servings of Coca-Cola products alone. When you throw in beer, water and other drinks people commonly consume from bottles, that is a lot of bottle caps. Every time you dispose of a cap you dispose of a valuable resource that could be turned into something else. You put something in a landfill that will never decompose. But the damage goes farther than that. Birds and other animals that spot those tiny pieces of trash might think they are food and pick them up. Whether they eat the caps themselves or feed them to their young, the damage is the same. Hundreds of birds die of starvation every year from munching on plastic trash. While plastic lids can be reused if you refill your bottle, there is no good way to put metal lids back on glass bottles. And, eventually your plastic container will wear out and need to go away, too. So, what are your options for recycling? There are more than you might think.

What are bottle caps made of?

Metal bottle caps are made of steel. Each can be imprinted with the logo or artwork of the company using them to bottle its products. Also known as crowns, metal bottle caps were first invented in the 18th century as a way to seal beer and other drinks. William Painter was the first to patent a bottle cap in the United States. The twist-off cap was invented in the 1960s. Plastic bottle caps are made of polypropylene, also known by the abbreviation PP and the resin number 5. The bottles they go on, however, are typically made of polyethylene terephthalate, known by the abbreviation PET and the number 1. That is why the two products traditionally could not be recycled together. (This is changing, however. See more below.) Plastic caps tend to come in solid colors like red, black, green and blue.

How to recycle metal bottle caps

How to recycle plastic bottle caps

It used to be that you had to remove plastic bottle caps before you put your plastic bottles in a recycling bin. That is no longer necessarily the case. Recycling technology has advantaged and dozens of communities around the country (including Columbia, SC, and Anchorage, AK) encourage you to leave your caps on rather than removing them. They also provide this tip in order to save space in your recycling bin and make operations easier for your recycling company. Before tossing your bottles in your recycling bin, remove the cap, give the bottle a good rinse, flatten it and replace the cap.

There are thousands of different designs on metal bottle caps, making them fun and interesting in art projects. Here are a couple ideas: There are bottle cap collectors out there who might be interested in your discards. Even coveted antique bottle caps do not fetch a very high price, but at least you know your bottle caps will not be sitting in a landfill somewhere. One of the nice things about plastic bottle caps is you can get a certain amount of uniformity with them. Designers doing mosaics or other designs appreciate that they can get thousands of little pieces of plastic from soda bottles in the same size and color. Another plus is that, unlike metal bottle caps, plastic ones do not have sharp edges, making them ideal for projects with children. The website Inspiration Green has several stunning examples of artwork made from metal and plastic bottle caps. Look for the reproduction of Vincent van Gogh’s “Starry Night” and a horse made from placing bottle caps on a wire mesh frame. Or check out the blog Eggs and Herbs, which showcases smaller murals that anyone with a glue gun and some paint could tackle.