The Habit of Recycling

The U.S. only recycles one-third of its municipal solid waste. Should we look overseas for recycling inspiration? 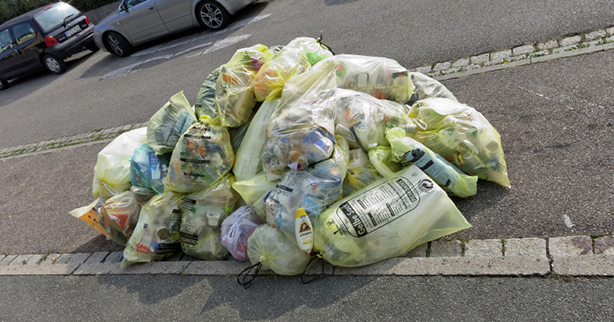 Did you know that, according to the U.S. Environmental Protection Agency, in 2010 the U.S. only recycled 34% of its municipal solid waste? We need to (and can do) better. Maybe we should take a page from some of the European countries that have been able to get their businesses and communities to buy into creating less waste and recycling more. One of my sisters lived in Germany for a while, and one of her takeaways was being mindful of waste and being aware of what she could recycle. She developed great “reduce, reuse and recycle” habits because it was not an option there — it was a requirement. And, by the way, in 2010, Germans recycled 62% of all their municipal solid waste. According to Germany’s Federal Ministry for the Environment, Nature Conservation and Nuclear Safety, packaging waste alone achieved a total recovery rate of almost 85% percent across the country during that year. Germany has built recycling up to the point of becoming habitual for generations, so by now it is second nature for people to not only recycle, but to also consider the packaging of each product before purchasing it. A recent USA Today article details a new grocery store opening in Berlin. The store, Original Unverpackt (Original Unpackaged), is unique in that paper, plastic and polystyrene are strictly forbidden. From USA Today: “To buy shampoo, customers fill reusable bottles from giant vats that line the walls. Chewable white toothpaste pills are sold out of a large glass jar. Instead of grabbing a box of tissues, people pick from a woven basket filled with colorful handkerchiefs. “Unlike most supermarkets where almost everything is prepackaged and ready to take off the shelf,” the article continues, “shoppers at Original Unverpackt bring their own tins, jars, Tupperware and cloth bags, dispensing what they want from the various containers and paying based on weight.” It will be interesting to gauge the success of the store. Can you image the waste that could be prevented if these grocery stores where successful? Germans are taking their responsibilities to the environment very seriously. Per the Federal Ministry for the Environment, Nature Conservation and Nuclear Safety, the country had around 50,000 landfills in the 1970s, but now there are fewer than 200. This, I believe, is due to stricter regulations, communities’ increased involvement and, in turn, a reduced need for all that landfill space. Germany is aiming to become a zero-waste country by 2020, thus eliminating the need for landfills all together. It is time for the U.S. to take a look around the world and see how we can do waste reduction and recycling better. We can do better, for ourselves and for the planet!