5 Uncommon (But Effective!) Ways to Save Energy 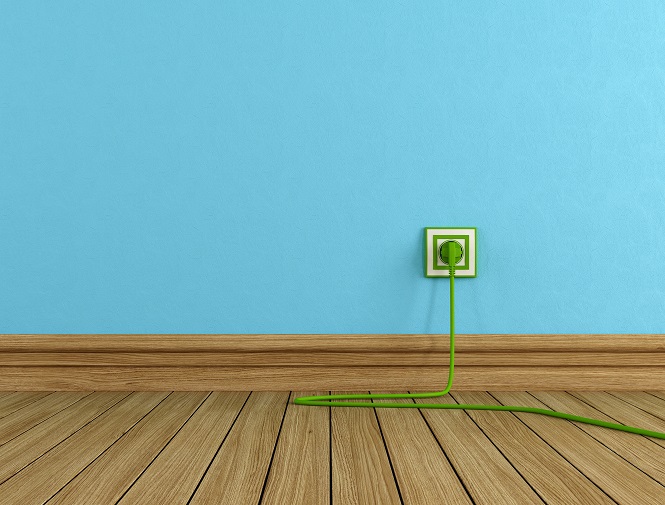 If you’re looking to reduce your carbon footprint, trimming your energy use is an efficient way to make an impact. However, you might already be doing your part through small habits, such as using LED light bulbs or recycling around the house. Is there any other way you can improve your efforts? In actuality, there are plenty of steps you can take to significantly reduce your impact on the planet. Here are five uncommon energy saving tips that you may not have already considered.

1. Close your chimney when it’s not in use.

You might not think twice about your chimney, especially during the summer months when it’s warm outside. However, leaving your chimney unblocked throughout the year can result in substantial energy loss. Closing your damper is an efficient way to increase your savings. If you want to go the extra mile, consider installing a rooftop damper, which is mounted onto the roof rather than inside of the fireplace itself. This can provide a tighter seal that eliminates the escape of air year-round. If you are unsure of how to close your damper or address your chimney as a whole, consult a professional. He or she can properly seal your chimney for when it’s not in use.

2. Install new windows around your home.

Not only can new windows improve the aesthetic of your home, but they can help you go green as well. Old windows are prone to leaking air and causing drafts throughout your living spaces. You may be uncomfortable and wasting energy at the same time. The U.S. Department of Energy notes that windows can account for up to 25 percent of your heating bill during the year, assuming they are allowing warm air to flow freely into the outdoors. To avoid this, you can replace your windows with vinyl ones that are designed to conserve energy throughout all four seasons. You might also want to consider double-pane (rather than single pane) windows that can retain heat in your home. Of course, not everyone has the money to invest in new windows. You can still reduce your carbon footprint by weather stripping around your existing ones to prevent leakage. There is also film you can apply to your older windows to increase their energy efficiency during the winter months.

3. Beware of energy vampires in your house.

The average American household has 25 consumer electronic devices, and it spends $1,380 on these items each year. This is money that could be going toward other expenses, and the energy loss is just a large. “Currently, 86 percent of U.S. households own at least one computer, making it the third most owned CE product category behind televisions and DVD players,” stated the Consumer Electronics Association. “The popularity of netbooks, owned by 12 percent of U.S. households, and laptops, now owned by most households (58 percent), is helping drive the computer category.” While this may be positive news for the consumer electronics industry, it isn’t exactly a good thing for the environment in terms of energy use. “Energy vampires” are devices that rely on electricity, and they can remain plugged into sources of it, even when they aren’t in use. Think of your laptop charger – you leave it plugged into the wall, even after you’ve moved into a different room with your laptop. Americans reportedly waste approximately one month’s electricity bill each year on vampire energy, according to the U.S. Department of Energy. The easiest change you can make is to start unplugging your electronics. Instead of leaving your chargers in their sockets, unplug them! Power strips can also be used to toggle the power flow to particular devices more easily.

4. Conduct an energy audit on your home.

You might already be asking, “What’s an energy audit?” Believe it or not, it’s one of the most efficient ways you can go green and make your home more environmentally friendly. An energy audit involves determining where energy is leaking out of your home. This may be around doorways, windows or certain rooms of your house. A professional energy auditor may use an infrared scanning device to view changes in temperature around your home. Large temperature drops can indicate heat loss and leaks in specific areas. Some professionals also choose to use a blower door test to evaluate airtightness. This requires air to be pumped through the house to find all of its leaks. After an energy audit is conducted, you’ll have a better idea of where you need to make improvements to increase the energy efficiency of your home.

These days, programmable thermostats are growing in popularity, and for good reason. These devices can help you save up to $200 per year in your heating costs. They are designed to turn on and off according to the time of day, and you can even set them to accommodate your schedule. Instead of worrying about whether you left the heat on while you’re out of the house, you can relax knowing you have a programmable thermostat in place. In the end, you’ll reduce the impact of your carbon footprint and save money in the process. The average programmable thermostat costs approximately $50. Consider the benefits before you say no to this 21st century way of conservation. It can be challenging to save energy when so much of your daily life is situated around items like phones, computers and televisions. However, there’s always a way to make your life a little greener, and it doesn’t have to require a drastic change. These five tips can help you head on the right path toward a more environmentally friendly lifestyle. For more information on how you could be saving energy and money, visit the official website of the U.S. Department of Energy. Here, you’ll find resources on how to introduce energy-efficient appliances, electronics and heating and cooling systems into your house. The site will also tell you if you already qualify for certain environmental tax credits for going green.