Shut off the lights, turn off your electronics. Earth Hour is this Saturday! 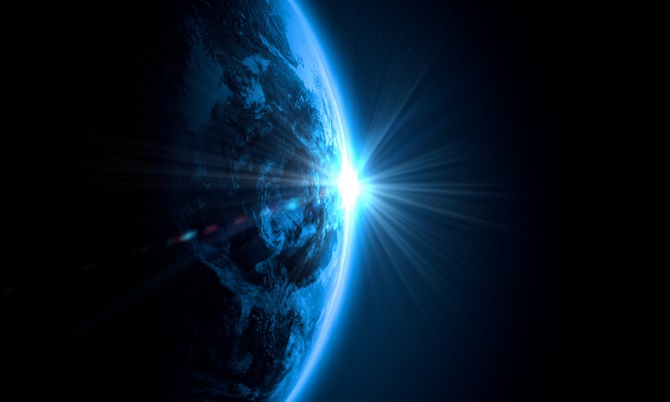 Earth Hour might sound like a simple segment of 60 minutes on the clock, but the fact is that it has played a critical role in the way that people think about our planet. Whether you’re familiar with it or you don’t know anything about it, here is an overview of Earth Hour.

What is Earth Hour?

Earth Hour is a global event launched by the World Wildlife Fund for Nature (WWF). It originally began in Sydney, Australia, back in 2007, and it has been legally trademarked by the Earth Hour organization. The Earth Hour group itself is a non-profit charity organization united in an effort to protect the planet. It is considered to be an open source movement, brought together by the WWF and a series of volunteer organizations. Back in 2007, Sydney decided to turn off its city lights for exactly one hour. Since then, more than 162 countries and territories around the world have joined the Earth Hour movement – but why? Earth Hour is dedicated to encouraging the global community to create a more sustainable world. In short, you are pledging your support to this notion by participating in the event, and it’s easier than ever to do so. When Earth Hour approaches, individuals are encouraged to turn off their lights for 60 minutes. The Earth Hour group notes that the event is meant to be a symbolic action, rather than a measurable occurrence – this means that it does not claim to reduce carbon or energy. Instead, Earth Hour is meant to show an interest in making positive environmental change. Earth Hour has been taking place during the second-to-last and last weekends of March every year for the past nine years. It is meant to occur around the spring and autumn equinoxes in the northern and southern hemispheres. In 2015, it will take place on Saturday, March, 28, between 8:30 p.m. and 9:30 p.m local time.

Earth Hour isn’t just meant to encourage environmentalism for one hour of the year. In fact, the organization has established Earth Hour Blue to help people go beyond those 60 minutes. Earth Hour Blue is meant to bring everyone together and give people a platform to raise funds for environmental causes. It was launched in Southeast Asia, and it combines a mixture of crowd funding and crowdsourcing. The group states on its website that people can easily become involved in Earth Hour Blue by simply spreading the word about Earth Hour. Additionally, joining in on the crowd funding effort and finding a cause you’re passionate about can help as well.

Is Earth Hour Making a Difference?

While it may not seem like 60 minutes can make much of a difference, Earth Hour is having a big impact on cities around the world. In 2013, British Columbians were able to save 136 megawatt hours of electricity during the event. This was the equivalent of turning off more than 10 million 12.5-watt LED light bulbs. Additionally, it was an increase from the 121 megawatt hours that British Columbians saved during the 2012 Earth Hour. More than 7,000 cities and towns participated in Earth Hour 2014. Additionally, many of these areas kept their lights off for more than one hour in support. About 1.2 billion “Earth Hour” and “#EarthHour” tweets appeared on Twitter as well, showing the growing awareness of the initiative. The event has expanded well beyond Australia, as the results from the 2014 Earth Hour show. In Singapore, for instance, the “Stop the Killing” crowdfunding project reached its goal on the Earth Hour Blue platform. In Indonesia, there were more than 1.5 million signups for WWF-Indonesia during Earth Hour. Regardless of where you live, it’s possible to participate in this movement toward a brighter future for the environment.

How Can I Be a Part of Earth Hour?

The easiest and most obvious way to be a part of Earth Hour is to turn off your lights during the specified 60 minutes. That being said, it isn’t the only way you can have a positive impact on the planet. Spreading the word about Earth Hour before March 28 can help you do your part. Let your friends and family know in-person and online to expand the impact of your green efforts. Educating the public on Earth Hour is a big part of making the initiative a success. In order to in Earth Hour, make sure you familiarize yourself with the lighting that can be switched off for the event. For example, public safety lights, lights for aviation guidance and traffic lights are typically not incorporated into Earth Hour. However, decorative lights, neon signs, and desk lamps may qualify. The Earth Hour organization states that lighting that does not impact safety can be turned off at the specified time. If you want to go beyond turning off your lights, the Earth Hour organization recommends looking into Earth Hour Blue to crowd fund a project that peaks your interest.

The Earth Hour website now has the official “playbook” for Earth Hour 2015, which can be helpful to those who are interested in participating. The objective for this year is climate change – the event will be in honor of raising awareness of the issue. Additionally, “Use #YourPower” to Change Climate Change at earthhour.org” is the tagline for this year’s big day. The Earth Hour group notes that it’s not necessary to align your efforts with the theme, but doing so can further the efforts of supporters. The Earth Hour Tracker will also be up and running this year to display the towns and cities around the world turning their lights off. Here, you can also add your own event and share it with friends and family on your social networks. You do not need to officially register for an event in order to participate in Earth Hour – just do it! In the end, your 60 minutes of darkness will help raise global awareness of climate change and other issues plaguing our planet.