How to Cut Energy Use Room by Room: The Kitchen

The kitchen may be one of the more appliance-heavy rooms in your house. But which ones are really sucking up the energy and driving up your bills? 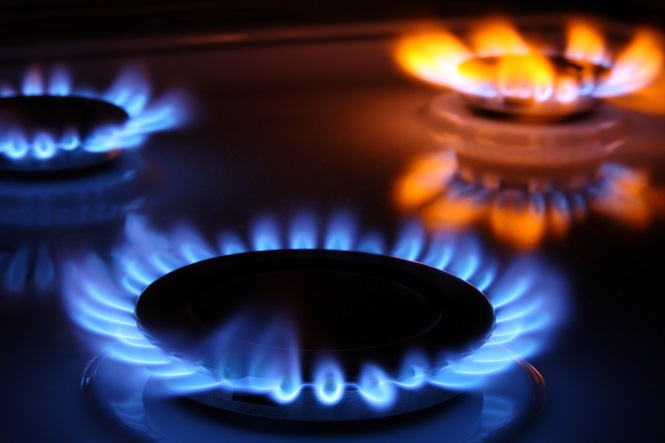 There is nothing that compares to that first piping hot cup of coffee in the morning. And by cup, I mean pot. And by morning, I mean all day long. Basically, if there was a way to remove all of the blood from my coffee stream, I’d do it in a caffeine-quickened heartbeat. But, since I’ve recently started thinking about what effect my actions have on the environment, I got to wondering… How much energy do I use to make myself coffee? And then I got scared, because I’ve already ruined showers for myself, and I don’t really want to flavor my cuppa joe with guilt every day. So, I’m gonna head myself off at the pass. If I won’t save energy by cutting coffee consumption, I have to find other ways to offset the power I consume. And we’ll come back to the coffee at the end. First, let’s take stock of the appliances in my kitchen, so I can get a good idea of where to start. Okay, right away, I see some things that can be stricken from the list. Contrary to (ridiculous) popular belief, toasters don’t actually draw power when they’re off. Trust me. I’m an electrician. But, if you don’t, then trust this official-looking website. Unless it has a clock, or some sort of lit-up display, it’s not pulling any juice when you’re not using it. So, goodbye toaster, rice cooker, waffle iron, and electric skillet. Now, on to the big boys. Saving energy in the refrigerator
My mini fridge is unplugged, on accounta there’s no need for it. I don’t keep that much beer in the house now that I’m a responsible grown-up. But the big fridge does suck a lot of power. Especially since it’s about my age. When I was a kid, and we were broke, we used to get the cheap ice cream bars. They weren’t even ice cream. The box said “Ice Milk.” And it was basically frozen milk with sugar. It wasn’t good then, and it’s not good now. So, if you’re dumping ice milk onto your cereal every morning, it’s time to bump up the temperature in your fridge. The recommended temperatures are 35-38 degrees for the fridge, and 0 degrees for the freezer. While I was checking my temperature setting, I noticed that the seals were kinda dirty. Dirty seals don’t seal very well, which lets cold air get out. Make sure your doors hang properly and there aren’t any little gaps in the seal.

Saving energy with the range

I’m not a chef, nor do I play one on TV. Which means I know my around an oven… not at all. As such, I’ve made just about every boneheaded mistake out there, in both cooking and energy efficiency. I’m a compulsive checker. I have to see if the cheese has melted in the middle of the pizzas I’m heating up. So, I open the oven door and stick my face in, always forgetting the blast of 400 degree air that’s waiting for me. And, apparently, dropping the temperature of the oven by about 25 degrees. Luckily, it turns out they put lights in those things. One of the biggest wastes of energy for an oven is the preheating phase. If a pizza takes 12 minutes to cook at 400 degrees, that’s doesn’t seem like a lot of energy. Until you consider that it took 20 minutes for the oven to preheat. For a lot of things that require little to no baking skill (i.e. most of what I cook), you don’t really need to waste all of that heat. Put it in early. The actual cooking will take a little longer, but it’ll get there, and it’ll probably still be done before it would have if you’d waited. I’ve been known to use pans that don’t fit my burners. If part of the burner is uncovered by pan bottom, it’s not heating the pan very well, is it? Instead, all of that heat is just wasted on the air. And, speaking of pans, using flat-bottomed ones with good lids distributes the heat better and makes your food cook faster.

Saving energy with the microwave

Microwaves may not produce the most delicious food, but they’re definitely energy savers when compared to conventional ovens. Baking something in an oven for an hour uses almost 6 times the energy of cooking it in the microwave for 15 minutes. If you forgot to set your meat out to thaw (guilty), the microwave is your best friend. But, instead of setting it on the defrost setting for thirty minutes, try putting it in on high for two minutes. If it’s still frozen, flip it and nuke it for two more. That’s usually all it takes for a pound of meat, and you’re not running your microwave forever. As good as they are for defrosting and reheating small things, though, microwaves lose out to stovetops once the portions get larger.

Saving energy at the tap and dishwasher

Last week, we established that washing your dishes by hand uses significantly more water than the dishwasher, which was a huge relief for me. But what about energy? The dishwasher obviously uses more, since most taps don’t use any electricity (except the ones with the really cool LEDs that turn the water colors!). But they do use energy. Every time you turn the hot handle, it draws water from your water heater, which has to be replaced and reheated. So, if you’re not running a lot of water, make sure you use cold. Your dishwasher probably also pulls hot water from the tank. Mine does. But, as it turns out, you can connect it to the cold instead (for most models) and make it heat its own water with the built-in heating element, which I always thought was there for the sole purpose of destroying plastic spoons. I’ve owned dishwashers for about 10 years now, which means I’ve been washing dishes for about 10 years. In all that time, I’ve never felt the need to use the “Pots and Pans” setting. Again, I’m no chef, but I feel like if you have food so firmly caked onto your pans that you need a special dishwasher setting, you’re probably cooking wrong. Still, if that happens, break out the scrub brush and the elbow grease before you put it in the dishwasher. And use cold water to do it. And finally, turn off the stinkin’ heat dry. If you can’t find a towel to dry your dishes, just crack the dishwasher open and let them air dry. You can cut your dishwashing energy by up to 50 percent.

I’m not giving up my coffee. Stop asking. But, because I can feel your angry glares from here, I’ll agree to a few… concessions. How’s about this: Instead of keeping the burner on to keep my coffee hot, I’ll pour it into an insulated urn once it’s done. Better yet, I won’t even make the coffee in the pot. If I use the pot to heat the water and then brew the coffee in my French press, I can dispense with the disposable filter, too. Plus, I’ll get a better cup of coffee. Happy now? I know I am!

I know I’m not the only one who keeps the light above the sink on at all times for late-night snacking safety. But, of course, having a light shining 24/7 is a terrible waste of energy. So, to mitigate that, I swapped out the fixture with an energy-efficient LED. Running a few of those bad boys under your cupboards will illuminate your countertops nicely and save a healthy chunk of energy while giving your kitchen a super-cool futuristic look. Again, from the future. We know that not everyone can afford to go out and buy a whole set of brand-new EnergyStar appliances. But following these tips can help you cut your energy consumption no matter what stickers your kitchen hardware has. And since this list is far from exhaustive, let me know what I missed in the comments below.