What do the Numbers Mean? Recycling Codes Explained

Not all recyclables are created similarly. Here’s the breakdown on those codes … 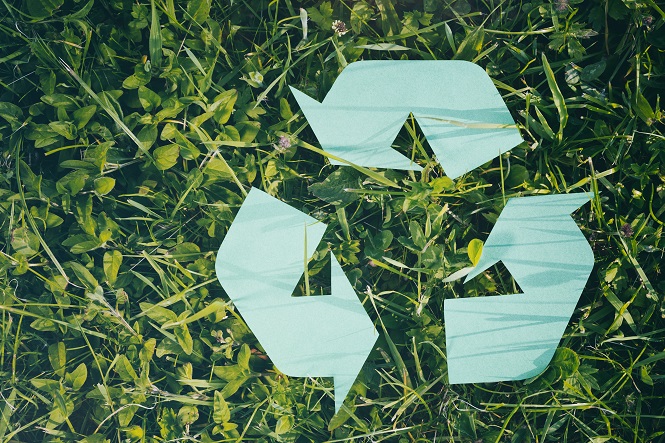 Recycling is a simple and easy task that makes a profound difference to our planet in many ways. Knowing what all the different numbers inside the iconic recycling symbol mean is an important first step in responsible recycling. Not all materials are created equally and knowing which plastics are better to use and easier to recycle will help decrease overall plastic waste.

We will begin our journey with a plastic everyone is likely to be familiar with: PET or PETE, which stands for polyethylene terephthalate. It is a commonly used plastic most often found as plastic bottles. Due to PET’s semi-porous nature and low burning point, it is considered as a single-use plastic for food containers. Instead, it is usually chopped up and turned into commodities such as carpet. It is widely picked up at curbside recycling everywhere.

High-density polyethylene (PEHD or HDPE) is labeled as #2. HDPE is a widely used plastic due to its strength and resistance to many solvents. We are most accustomed to seeing #2 plastic in the form of milk jugs. Yet, its uses range widely from fuel tanks to hula-hoops. The range of uses for recycled HDPE is just as broad. As with our first plastic, #2 is picked up by most curbside recycling programs. It is also becoming more prevalent as a plastic that can be recycled into 3-D printing material – a process that is being shown to use much less energy than traditional recycling practices.

Unlike the previous two, polyvinyl chloride, or PVC, is used less often in consumer goods. Instead, we are most likely to have seen PVC in the shape of plumbing pipes for sewer and water systems. We do find #3 plastics sometimes in the form of shampoo bottles or containers of similar products. Due to its relatively small use in consumer goods #3 is rarely a plastic collected by curbside pickups. PVC may contain phthalates, used to soften PVC, that are linked to numerous health issues, although in recent years its prevalence has decreased. PVC is nonetheless recycled and is most commonly reused in a commercial setting. An interesting fact of PVC is that it can be recycled approximately seven times before degrading and can be used for well over 100 years.

Low-density polyethylene is labeled as #4. It was the first of the polyethylene plastics and was created in 1933. Consumers most often interact with LDPE in the form of plastic bags found at grocery stores, as well as in squeeze bottles and bread bags. It is picked up curbside more commonly than it once was, but you might need to contact your recycling program to make sure they will take it. Currently, the EPA states that less than 6 percent of LDPE is recycled every year. Once it is recycled, LDPE is commonly seen as garbage bin bags.

Polypropylene is next on our list and a valuable plastic due to its ability to resist heat. It is often used in a medical setting for beakers, containers and other important medical devices. It is also found in food containers, especially those that package hot items. Another interesting use for polypropylene is in rope because it floats. However, this can also be a major problem due to its long lifespan floating in bodies of water. Like #4, polypropylene plastics are starting to be picked up curbside more commonly. Similar to the other plastics, PP tends to be recycled into a form that is not used in food containers due to the difficulty in which plastics can be sterilized.

Polystyrene (PS) is most commonly known as Styrofoam. It is one of the most controversial plastics on the list due to its long persistence in the environment. Outside of Germany, where laws require collection, Styrofoam is rarely picked up at curbside programs. Due to its lightweight and abundant use, it is one of the most commonly seen forms of waste found on our beaches and in our streams, and rivers.

The last of the plastic labels is a catch-all for all remaining plastics. The most common plastic associated with #7 is polycarbonate. Polycarbonate is widely used in electronic devices, from your phone to your computer. It is a controversial plastic when used in food containers. This is due to polycarbonate containing bisphenol-A (BPA), which has been linked to infertility, hyperactivity and a host of other health problems. It is best to avoid #7 due to the difficulty in sorting these plastics, although they are picked up curbside.

To finish off the list of plastics, we have Acrylonitrile butadiene styrene or ABS. This plastic is used for a variety of uses, but the most obvious can be found by looking down at your fingers. If they are resting on your keyboard while you read this then you are probably touching ABS. Another very famous use for ABS plastic can be found in children’s toys, specifically Lego blocks. It is uncommon for curbside recycling programs to pick this plastic up, but it is rapidly growing in use as a 3D printing material. That concludes the primary list of plastic recycling codes also called resin identification codes. Yet, the list continues beyond plastics. Papers, metals, batteries, biomatter, glass and composite materials all have their own numbers and labels for recycling purposes. The most common of these are glass and paper. The majority of the time these materials are much easier to sort by simply looking at the material instead of searching for a recycling code. The rest of the materials are generally not picked up, instead they are brought to specific locations to be recycled. A few, such as certain metals, will be bought by some recycling locations or scrapyards. If you have further questions about what each recycling number means or whether it can be recycled, contact your local waste management company. They are both experts in the matter, as well as, invested in ensuring the public knows how to properly and safely recycle used materials.