Guerrilla Gardening: How to (Legally) Beautify Your Community

Find out how you can help a community or a neighbor with a little guerrilla gardening. 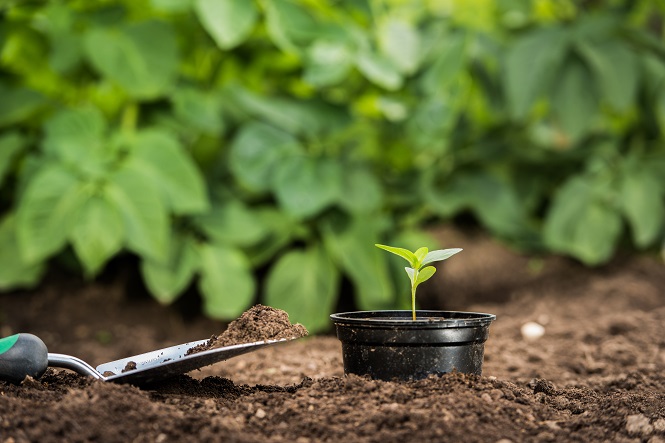 Guerrilla gardening may sound unusual, but it’s actually a concept that has been around for years. If you’ve ever walked by a patch of wildflowers on the sidewalk and wondered who planted them, it could’ve been a guerrilla gardener! But why are people turning to this form of gardening?

A brief history of guerrilla gardening

Author Richard Reynolds published the book, “On Guerrilla Gardening,” back in 2008. In his piece, he claims that the concept of guerrilla gardening can be traced back to New York City. In the 1970s, people began throwing “seed bombs” into empty lots in the Lower East Side. These seed bombs would be filled with tomato seeds, water and fertilizer. Over time, they would sprout up in these previously “ugly” lots, transforming them into urban gardens. Eventually, the city began giving the land to people who want to turn the plots into community gardens. If it weren’t for these “guerrilla gardeners,” there may have never been the transformation.

If you haven’t heard the term “food desert” before, you may be living in one and not know it. A food desert can be defined as an area where there is no access to healthy food – food that is not processed or genetically modified in some way. South Los Angeles resident Ron Finley told Smithsonian magazine that he believes his neighborhood is a food desert, and he made news in 2013 when he decided to do something about it. Finley began planting vegetables near a sidewalk and street outside of his home. The City of Los Angeles asked him to stop, claiming that there were laws banning anything by trees and lawn from being planted in the area. Finley fought back when he found that the city owned 26 square miles of vacant lot space, which could be used to plant one billion tomato plants. After hearing his argument, the City is now in the process of changing the old laws and allowing fruits and vegetables to thrive near sidewalks. Guerrilla gardeners like Finley are known for doing just that – highlighting unused space that could otherwise be utilized for growing natural, healthy food or plants. By simply pointing out areas that have potential, Finley was able to eventually contribute a solution to the food desert.

Guerrilla gardening isn’t just a phenomenon making headway in the U.S. – it’s a concept that has spread far and wide around the world. One area where it’s beginning to thrive is Hong Kong, and for good reason. In the 1990s, Hong Kong was producing one-third of its own fruits and vegetables. Today, this number has dropped to about 2.3 percent due to the availability of food abroad. In turn, the Hong Kong government no longer sees a need for urban gardens or vast expanses of greenery, according to Slate. There have been several advertisements on television, warning citizens that it is illegal to sow seeds in undesignated planting areas. Officials have also torn up informal vegetable gardens and herb patches grown on vacant pieces of land. In total, there are just 22 government-operated community gardens in Hong Kong’s parks. However, this isn’t stopping guerrilla gardeners from growing fruits and vegetables. More people are turning to rooftop gardening, which is allowing them to grow food right in their own urban neighborhoods. Everything from mangoes to peppers can be grown in these gardens, which is giving people a new source of food – one that doesn’t have to be imported from a foreign country.

How can I legally start guerrilla gardening?

Many people hear about the concept of guerrilla gardening and instantly want to become involved. However, it requires more than just a bag of seeds and fertilizer to get started. Some regulators consider guerrilla gardening to be an illegal, elicit activity. This is because there are cities and towns have laws that prohibit planting – Finley’s situation is a prime example. That being said, you don’t have to break any laws to participate in other forms of guerrilla gardening. For instance, you can contact your town or city to find out if there are already empty plots of land that could use a few flowers or plants. City or town officials will also be able to tell you if there are any bans on planting around your area. Take a walk around your neighborhood and note any empty patches of dirt. Maybe a tree pit needs a little help, or perhaps a patch of grass could use some flowers. Then, contact the landowner to find out if he or she is comfortable with you sprucing it up. In some cases, a homeowner may even be happy to help you increase the curb appeal of his or her property!

Gardening for the greater good

In many cases, gardening doesn’t just have to do with improving the look of an empty space. Some people rely on gardens for food, and you don’t have to live in a food desert to reap the benefits of a hearty vegetable garden. If you’re interested in starting your own garden this season, there are a few factors to take into account. First, you’ll want to make sure that you have plenty of room to plant the vegetables you desire. Some plants require more room to grow than others, so be sure to do your homework beforehand. Next, you’ll want to pick an area that receives full sunlight. Vegetables need up to eight hours of direct sun per day in order to thrive. Finally, come up with a plan for combating threats to your plants, such as hungry wildlife and insects in your yard. You’ll also want to make sure you have the time to tend to your garden throughout the entire season. Weeding, watering and other routine maintenance are just part of the job. Whether you want more flowers or vegetables in your community, there are steps you can take to make your neighborhood more plant-friendly. Consider doing some legal guerrilla gardening this season to improve your local area.