How Some Cities Are Innovating Recycling Programs

Some U.S. cities are reimagining how to recycle waste and shrink landfills. So, what are they doing differently? 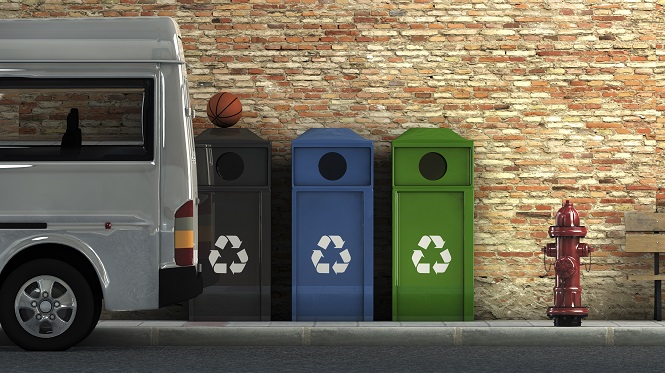 While some places are recycling superstars, others … well, not so much. On one end of the spectrum is San Francisco’s ambitious quest to become a zero-waste beacon of hope. But then there’s Houston’s six percent recycling rate, though, they’re working to improve. Still, what makes some cities stand out as harbingers of a brighter tomorrow while other cities wallow in apathy? There’s a lot we can learn from the best recyclers in the nation. From enforcing recycling with an iron fist, to experimental biweekly trash pickup, there are a number of ways in which certain cities are leading the way in recycling.

The West Coast is truly renowned for its stellar recycling rates. So what makes them so on the cutting edge of recycling? Is it just that they are a race of genetically superior super recyclers? Possibly, but most of it dates backs to their lawmaking procedures. In 1989, California passed a law that required the state to halve its landfill shipments by 2000. In 2011, they upped the ante to 75 percent by 2020. Suddenly, the state simply had to get good at this recycling thing. In 2007, San Francisco was the first city to ban disposable plastic bags at grocery stores and pharmacies. Now they don’t fly around and clog the landfills. Reusable cloth shopping bags become the game of the day. Then recycling became mandatory, along with composting. Compostable materials, recyclables and trash must be separated. If homeowners do not have a compost heap, the compost material goes into a special green bin. San Diego passed an ordinance in 2007 requiring all residents to recycle, be it a residential, commercial or special event setting.

Then there’s Portland, Oregon, another infamous powerhouse of recycling might. The people there are so devoted to recycling that the city went to a biweekly trash pickup schedule in 2011. It’s reduced the amount of trash shipped to landfills by 44 percent. Although, the city did keep a weekly collection for food scraps. Portland resident Penelope Miller said to the New York Times in regards to her trash can, “It was fuller and stinkier, but for the overall sake of the mission, we were willing to deal.” The idea is to make residents think about their waste before they now have to leave it to sit for two weeks. Seattle had the idea to take it a step further in 2018 and have a fourth bin out for diapers and pet droppings. The waste could produce power via anaerobic digesters.

National Geographic held up Fresno,California, as a beacon of recycling. The city diverts 71 percent of its trash from the landfill. So how do they do it? Fresno’s infrastructure certainly doesn’t hurt. It moved from just being able to process paper, aluminum, tin and glass to doing tons of types of plastics and even film. Fresno has partnered with West Coast Waste, a company that processes green waste like yard clippings and then resells green waste in the form of organic soil amendment and other gardening/farming necessities. Meanwhile, Portland has a massive transfer station, which can even handle construction debris with high efficiency.

Fresno is also very proud of its public support network, where students are taught to convince parents to participate in recycling. Patrick Wiemiller, the City’s Public Utilities Director, told National Geographic, “We do a lot of education and outreach. To really get people to recycle you have to change a family’s behavior. We find the most effective way is through children in the schools.” While not new, public education is certainly a vital component to these innovative cities.