How to Recycle Razor Blades

Don’t toss your razors in the trash after shaving! Recycle them or try out these ways to extend their lifecycle! 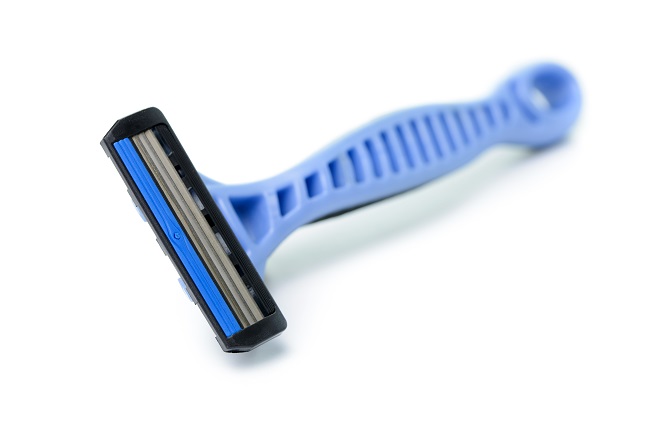 The U.S. Environmental Protection Agency reports that 2 billion disposable razors are thrown away every year. Put end to end, they would circle the earth six times. Instead of wrapping around the planet in multi-colored bands, most razors and razor blades end up piled in landfills. It is simply not cost-effective or safe to pick all of those tiny pieces of metal out of their secure plastic casings. Where does that leave the eco-friendly guy or gal who does not want to return to Biblical levels of hairiness? There are a couple companies that offer razor recycling programs. You can invest in an old-fashioned straight razors that will last a lifetime (or have easier-to-recycle blades). We also have some tips for reducing the number of razors you need to buy – and eventually throw away.

History of razors and razor blades

Shaving dates back to pre-Biblical times. Early humans used metal tools, obsidian, shells, even sharpened shark teeth to remove hair from their faces and heads. According to the Oxford English Dictionary, the first time the word “razor” was used was 1290. The straight razor as we recognize it appeared in the mid to late 1800s. Many were produced in Sheffield, England, which had a thriving cutlery industry. The first American to patent a razor that looks like our modern version was King Camp Gillette. His invention, which made razors safer by putting them in a casing so only a small portion touched the skin, was first sold in 1903. In 1928 Lt. Col. Jacob Schick invented the first electric razor, and in 1975 Bic marketed the first fully disposable plastic razor.

How to recycle razors

A company called Preserve makes razors from recycled #5 plastic. They will accept their razors (and all #5 plastic, for that matter) through a program called Gimme 5. Whole Foods is a major partner in the initiative and has collection bins in many of their stores. If you do not live near a Whole Foods, you can mail your unwanted razors to Preserve using the address on its website. There is no charge to recycle these plastics other than the cost of shipping. Bikini Soft, which makes an alternative to traditional shaving creams, has a recycling program for razors. They mail their products in reusable cardboard boxes and include a return shipping label. You put disposable razors and your used Bikini Soft bottles in the box, affix the label and send it back to them.

How to recycle straight razor blades

Straight razors can be used forever if they are properly cared for. If you are really serious about reducing the amount you throw away, it is worth investing in a good one. People who do not wish to invest the time into oiling and cleaning a straight razor can buy disposable razor blades, which are made of steel and can be recycled. Save your disposables in a blade bank, which is a simple, safe place to store razor blades until you are ready to recycle them. You can buy a blade bank online or make one out of an old soup can. Since cans are accepted in most curbside programs, you should be able to place it in your recycling bin, but make sure it is tightly sealed so the blades cannot fall out and injure workers. The better bet (and a necessity if you buy a pre-made bank) is to take the metal bin to your local recycling center and put it in with the steel. The added advantage of a well-made blade bank is it keeps blades safe from children or pets (especially ones who think going through the trash can is fun).

How to decrease the number of razors you throw away

Here are a couple tips for lowering the carbon footprint of your razor: