How Upgrading Your Phone Destroys Villages in China

Global e-waste is mounting rapidly, so before tossing out your “obsolete” device consider how increasing consumer demand and shortened device life cycle are affecting the Earth. 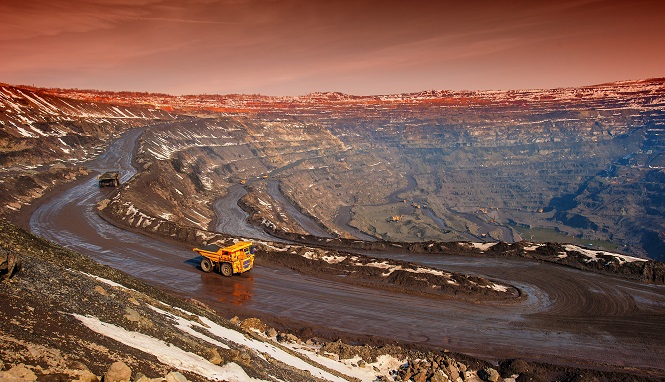 So, my phone is due for an upgrade. I’ve had this one for about two years, and it’s starting to feel its age. It’s quite a bit slower to respond, it can’t run quite as many background apps as it used to, and recently, the stylus vanished into the ether. It’s been a good phone, but all good things must end eventually, right?
But, since I began writing for this blog, I’ve started paying more attention to the impact my actions have on the world around me (and systematically guilt-infusing basically everything I do). So I can’t, in good conscience, just run out and get a new phone without making sure I feel terrible about it.
I’ve talked before about the need to recycle your smartphones. In that article, I mentioned the importance of salvaging as many of the rare earth elements as possible from old devices so we might be able to slow the mining process a little bit.
But why? I mean, aside from carving a gigantic hole in the ground, what is so bad about mining rare earths?

The worst part about mining

My kids (and definitely not me…) are addicted to Minecraft. So I think I know a thing or two about mining. And until today, if you’d asked me what the worst thing about is, I’d have immediately replied, “Running out of room in your inventory. Because then I… I mean, my kids… have to run all the way back to the surface to drop everything off.”
As it turns out, Minecraft oversimplifies things a bit. Who knew?
The actual worst part about mining is a word I’d never heard of before today. And I know a lot of words. It’s a thing called tailings.
Our miners are pretty good at what they do. They can extract materials from some pretty crappy ores. And they get better at it every day, which means the ore quality can get lower every day and they’ll still get plenty of material.
Once the ore is mined, it has to be processed. The unobtanium inside must be obtained. So, it gets crushed, and then mixed with reagents (or possibly magnetized) to help separate the material from the rock and other undesirables. And out the other end comes pure, beautiful unobtanium. So the Na’vi didn’t really lose their home for nothing.
But wait. Because we’re missing something. We have the supplies we need to… power our spaceship? Or something. I was never really clear on that part. But what about the rest of it? The rocks and the reagents and whatever else was hanging out with the good stuff?
That’s called tailings. And it’s mining’s biggest environmental impact. A lot of times, there’s a greater volume of tailings than actual material, and it has to be put somewhere. Finding out where taught me another new word.

Supernatant is the liquid that sits on top of a solid material after it settles out of a solution. So, a supernatant pond is the liquid that sits on top of tailings after they’re stored.
How are they stored, you ask? In the traditional manner, by which I mean they’re spewed from a spigot into a depression in the ground, where they slime their way down a beach of tailings and end up forming an enormous filth pond, where they’re left to dry after the mine closes.
In the case of the Bayan Obo Mining District in Mongolia, the filth pond is actually a vast lake of toxic sludge that was created by damming a river and then turning it into a sad mockery of water. “Lake” Baotou has so many sludge pipes running into it that it looks like a reverse hedgehog, if a hedgehog’s quills continually streamed liquid evil.
And when I say liquid evil, I’m not exaggerating. The slurry that’s dumped into the lake is not only toxic, but radioactive. It’s destroyed farmland for miles around (the site of the lake was once used to grow fruits, but will never grow anything again), killed livestock in neighboring villages, and caused unprecedented cancer rates in those unfortunate enough to still live in the area.

What’s that got to do with your smartphone?

Good question.
The Bayan Obo Mining District (or BOM’D, as I like to call it), is the world’s largest producer of the rare earth elements that we’ve decided are essential to building the fastest, tiniest, bestest electronics. Without those elements, we’d have to go through all the trouble of thinking up a new way to make tiny circuits.

What can we do?

If we’re going to really tackle this problem, it starts with finding a way to responsibly process ores and dispose of the tailings.
There are guidelines in place for tailings disposal, but they’re not standardized. In the US, Canada and Australia, for example, regulations are controlled by states (or provinces), meaning that some aren’t as strict as others. And some countries, like China, have a pretty poor record of environmental stewardship.
To make matters worse, there’s a lot of money to be made mining rare earths, and safely disposing of tailings cuts into the profit margin. So, in countries where it’s not strictly regulated, environmental concerns quickly fall to the wayside in favor of financial interests.
So, most of the onus here is on policymakers and mine owners, but that doesn’t absolve us of our responsibility to conserve the resources that have already been pulled from the earth. Recycling smartphones and other electronics helps. Upgrading less frequently is also a step in the right direction. And when you do upgrade, or replace something that’s broken, make sure you buy equipment that’s been responsibly designed to be recyclable and not use toxic substances.
These aren’t really big changes, at our level. But there are a lot of us, and if we all make these tiny changes, we’ll make a difference. And, if we can stop the creation of even one more Baotou lake, it’ll all be worth it.