What Eurotrash Can Teach Us About Garbage Disposal

Europe burns its trash. So, what does that do for landfills? Recycling? 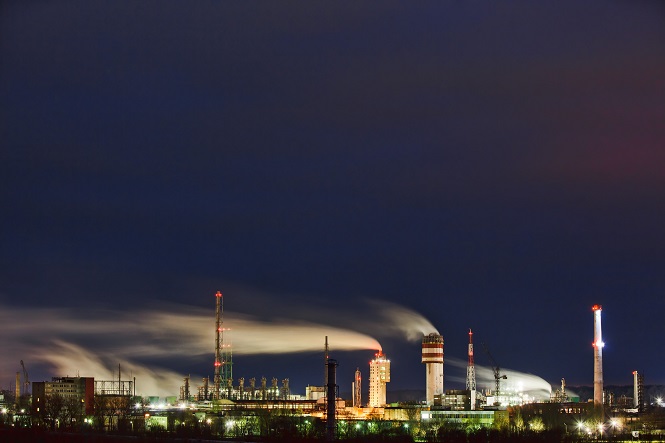 Remember in the 80s, when there was a certain group of people that the rest of the world (read: Americans) absolutely loved to hate? This group of shallow, decadent, superior tools that it was just so fun to pick on? That’s right. Today, we’re talking about Eurotrash!
But not in that way. Because, while it may be hard to imagine learning anything from those hipsters-before-there-were-hipsters, actual European trash may have quite a bit to teach us shallow, decadent, superior Americans.
I was talking to a friend of mine recently, a U.S. expat currently living in Germany, and she told me something kinda interesting. The city of Potsdam, of which she’s a new resident, doesn’t have a mandatory recycling program. Nevertheless, everyone recycles just about everything they can.
Why? Because Germans are the most environmentally-conscious people on the planet? The country may be one of the world leaders in wind energy, but I don’t think that’s it. No, I think it’s more monetary than that. See, Potsdam’s garbage collectors pick up your recycling for free, just like the ones here in the States. But non-recyclables are charged by volume. At least, that’s the gist of it. From what I understand, it’s actually about as complicated as the Air Force Reserve retirement system. But the bottom line is, it literally pays to make sure you sort everything out and recycle as much as possible.
As a result, Germany recycles over half of its garbage. But where does the rest go? That’s the really cool part.

Most of it gets burned.
Now, if you’ve ever been deployed to Iraq or Afghanistan, I know what you’re thinking. You’re imagining the giant, open burn pits that shroud the base in oily smoke and give everyone multiple sclerosis. But, it turns out the Europeans have advanced a little farther than Industrial Revolution-era incineration.
Instead of getting dumped in a landfill, Europe’s solid waste goes to waste-to-energy incinerators, where it’s converted to electricity. In Sweden alone, the energy created powers a quarter million homes. And, to increase the efficiency of the power plant, the excess heat is used to heat water, which is then pumped through a series of pipes and used to keep businesses and residential buildings warm. This is especially important in Sweden, since there’s not even a Swedish word for summer.
So, it totally seems like the best system ever, and America should immediately adopt it, right? Well, yes. But there are also problems.

There are always problems

You said it, subhead. You’re so right.
The problems with waste-to-energy incinerators, to me, aren’t huge. But they do exist. For example, the ash produced by burning millions of tons of garbage. This is not the ash that you scoop out of your backyard fire pit and use to fertilize your garden. This is some pretty nasty stuff. It’s chocked full of vitamins, minerals, heavy metals and toxins that have to be landfilled, lest they seep into our water supply and murder us all.
But, here’s the thing, the ash takes up about a tenth of the space that the original garbage did. And all that junk that’s in the ash? Guess where it came from. That’s right, whether it was burned or not, the nastiness that’s in the garbage would still end up in the landfill. So, we might as well get some energy out of it first.
The biggest problem, though, isn’t a byproduct of the burning. It’s the burning itself. See, in order to provide a steady stream of energy, the incinerator requires a steady stream of garbage. (Sadly, we don’t have Mr. Fusion reactors yet.) So, in order to keep the incinerator going and avoid brownouts, we have to produce a certain amount of garbage.
Plus, having the option of getting energy from our waste means there’s less incentive to create comprehensive recycling programs. After all, it’s being dealt with, right? Out of sight… and I forgot the rest because it’s gone and I don’t care anymore.
But that’s just it. Once it’s gone, it’s gone. There’s (as yet) no practical way to reuse the ash that’s created. And no, I don’t consider toxic ash art to be practical. Once the materials that were in the waste are burned up, there’s no getting them back. They’re mixed with slag and dumped into a hole in the ground and forgotten.
Recycling is far more advantageous. It gives us the materials back so instead of creating more garbage, we can create the same garbage over and over again.

So, wait. What are you saying here?

Calm down, subhead. I’m getting there. Geez.
What I’m saying here is that I think incinerators are a great idea. They’re good energy producers, and they reduce the amount of crap that goes into landfills. Those two benefits alone are enough to adopt the program, in my humble opinion.
But, they shouldn’t replace recycling. Reuse of the materials we have should always take precedence over burning them for energy. If that means we have to supplement with other energy sources, like solar or wind, all the better.
There are some problems, although I feel like they’re smaller in number and scale than the problems with our current system. But that’s another article entirely. What do you think? Are you pro-incineration?
Weigh in in the comments below.