Affordable Solar Solutions: Ditch the Grid, Not Your Savings

While you may not be able to afford solar panels yet, you can still harness the power of the sun for a more energy efficient life. 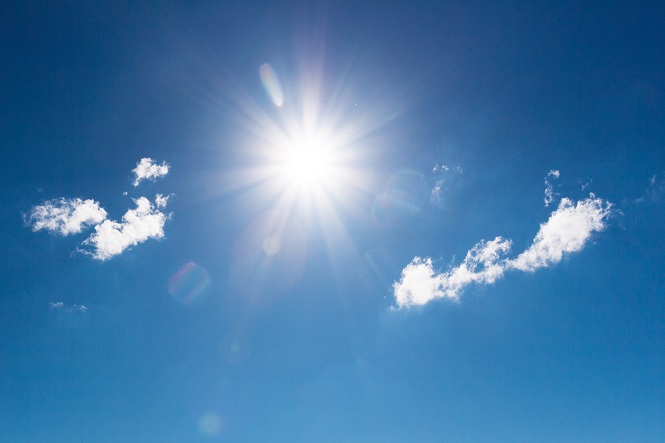 Remember when my grandma totally started the whole solar revolution? I’m sure she made a lot of people curious about converting their own homes to solar power. I know she piqued my interest. But I quickly discovered that, despite the monthly savings on my power bill and the untold benefits for the environment, getting started was so expensive I had to file it with all of my other “when I’m rich” dreams. We’re talking second-mortgage-pricey. After a little more digging, though, I discovered something awesome. I don’t have to do a complete overhaul of my house’s electrical input. Like another famous Bob before me, I could take baby steps to solar freedom.  It seems so simple in retrospect, but I never thought about it because I never realized there were options like…

There’s no law saying you have go all solar or none at all. The price of solar panels has dropped considerably, even since you started reading this article, meaning everybody and their brother is starting to produce them. Or is that the other way around… Nobody understands economics. With so many players on the field, innovations are occurring quicker than you can say Solyndra. A number of companies are developing small, modular solar power solutions that are easy to install and can be expanded to provide more power later. A big part of the cost of going solar is the inverter that’s required to turn the panel’s DC power into the AC your appliances crave. Inverters usually cost a couple of thousand dollars. Luckily, there are now microinverters that can be hooked up to smaller solar installations for about a tenth of the price, meaning your small solar project can stay affordable. Or, if you want to skip the inverter problem altogether, you can opt for an AC solar panel that plugs right into the grid. No matter which form you choose, starting small with your solar installation is way cheaper than going all-out. And if you’re feeling really froggy (and have the right skills) you can do it all yourself for about $1000 (but seriously, if you don’t know what you’re doing, hire someone to install it – it’s a serious fire hazard if you do it wrong).

There’s nothing like looking out your window on a bright spring day and watching birds and trees and junk flapping around in the wind. Unless the window you’re looking through is also producing electricity. That’s right. Science has now brought us fully transparent photovoltaic (pronounced: solar) technology that can be slimed between layers of glass and installed on the front of your house or skyscraper. OK, this technically isn’t a thing yet, in that you can’t buy them yet. They’re still in the testing phase in most places, and I haven’t been able to find a manufacturer who’s actually selling them yet. But, within the next couple of years, we’ll have readily available, cheap solar windows.

The problem with relying on grid power is that it requires you to run wires to where you want the power. The sun don’t need no stinkin’ wires, which opens up a whole host of possibilities. Say your driveway is too dark and you keep running over the mailbox when you get home at night. For between $1 and $5, you can get a basic light-on-a-stick with a small solar panel and a battery that you can stake into the ground next to your driveway. Suppose you’re sitting on your back porch and finally realize those Christmas lights you’ve been using at barbecues look tackier than a Floridian tourist in Vegas. Light up your porch with a few of these bad boys. Already rich? Why not install a solar pump for your pool? Or better yet, a solar cleaner! If you’re the type of person who loves to sit outside and read environmental blogs on your phone, but you also hate using the Man’s power to charge your device, how about a solar charger? Outdoor living is all about getting back to nature, and what better way to do that than with high-tech solar devices? Starting a little at a time, it’s totally possible to get your house off the grid. There’s no need to go whole-hog and spend the kids’ college funds just to save a few bucks on your energy bill. But, even though some of these applications are small potatoes, making the move to solar can make a huge difference when it comes to fossil fuel consumption and energy efficiency. Every solar panel that gets attached to a roof is that much less coal that’s burned in a power plant. It’s that much smaller demand for damming a river, or fracking for natural gas. It’s only getting cheaper and easier, and we can all do it together, if we take baby steps.