BitSeeds: The Currency of the Forest 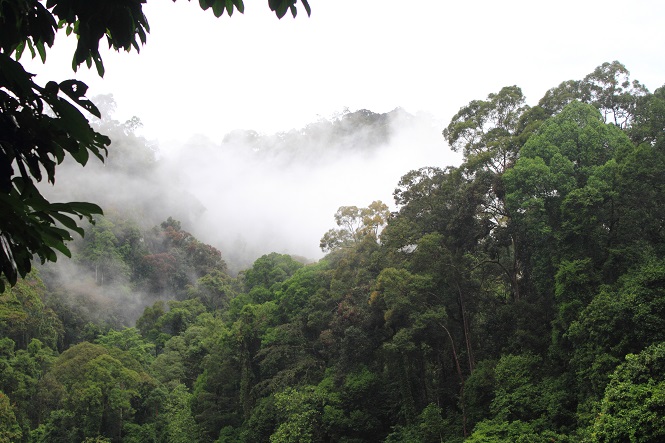 By now, I’m sure you’ve heard of BitCoin, the digital currency that allows a person to transfer units of currency through cyberspace. It’s been gaining in popularity and has more recently been used in a small number of brick-and-mortar establishments across the globe. Working off a similar premise, the Rainforest Foundation – the group birthed out of a vision by musician Sting and his wife, Trudie Styler – has created its own startup form of currency aimed at preserving vast swaths of forestry that are considered one of our planet’s most precious resources. With the clever tagline of “the currency that grows,” the Rainforest Foundation-backed Bitseeds program has created the currency as a means of planting new trees and preserving existing ones as deforestation has ravaged countless acres across the globe. Here’s the Rainforest Foundation’s description of BitSeeds, via the program’s official website: “BitSeeds is currency that can be sent through the Internet, used in any country, has no fees and accounts cannot be frozen. BitSeeds can be traded on the Internet for goods, services or actual cash.” BitSeeds, which came to be in early 2014, are set up to work with most forms of mainstream currency, including the U.S. dollar and the Euro.

So, why create another form of digital currency alongside the traditional methods mankind has used for centuries? The folks at the Rainforest Foundation have plenty of data to backup their latest effort to reverse a decades-long trend of deforestation. The website Conserve Energy Future lays out some of the facts about deforestation. One of the most jolting, perhaps, is the reality that our planet’s rainforest population is set to go extinct shortly after the year 2100, based on the current trajectory that has been set in motion. Here are some other nuggets of information to keep in mind as the Earth’s supply of trees in all shapes and sizes continues to dwindle:

The BitSeeds Foundation, a nonprofit offshoot group of the Rainforest Foundation, is amid a lofty, ambitious crusade to plant 1 billion trees in a two-pronged effort of restoring some of our planet’s rainforest population, while dually helping and educating some of the world’s indigenous people who rely heavily on the natural resource. When BitSeed entered the digital currency marketplace in 2014, the BitSeeds Foundation signed an agreement with Coin.co, a New York-based payment processing company that lists a number of so-called cryptocurrency providers as its clients. Cryptocurrencies, also referred to as decentralized digital currencies, have frequently been cited in recent years as an effective, efficient method of delivering fast, secure and anonymous payments from one user to the next. As this article in the Bitcoin News Service outlines, the Rainforest Foundation has placed 100 million bitseeds into a so-called special cyber wallet that can be used as a form of currency for goods, services or a conversion of another form of currency (digital or traditional). The interest generated from the BitSeed currency will go directly toward the Rainforest Foundation to further support the long-running group’s efforts to conserve and repopulate portions of the world’s forests. As part of the arrangement between the parties, the BitSeeds Foundation has been named custodian of the 100 million BitSeeds that are available within the digital currency marketplace. Bitcoin News Service staffers report more than 1 billion BitSeeds will likely be mined over the digital currency’s lifetime. While still in its infancy, BitSeeds appear to be gaining popularity as more tech-savvy and environmentally passionate persons learn about the service and are offering their own financial support.

How you can help

If you are interested in taking part in the BitSeeds movement, the folks at the BitSeed Foundation have made it easy with a 5-step process on BitSeeds.org. The steps include downloading a wallet, purchasing a specific quantity of BitSeeds, staking the BitSeeds, spending the BitSeeds and joining the community. The folks at the BitSeeds Foundation have pledged to make each transaction secure through a verification system designed to confirm the legitimacy of the sender and recipient. As is the case with many forms of digital currencies, exchanging BitSeeds does not come with any fees. In other words, those annoying percentage fees you might incur from PayPal or a financial institution for exchanging currency will not apply in this scenario. As is the case with many forms of digital currency – BitCoin, etc. – exchanging goods and services and transferring currency through BitSeeds is a process ensuring identity protection. Since specific digital wallets are not associated with anyone’s name, a transaction from a sender to recipient can take place anonymously. This anonymity amid the ongoing threat of identity theft has been part of the appeal of the cryptocurrency movement. All a person needs to do to access his or her wallet within the BitSeeds program is enter a password. The information and currency is stored through cloud-based applications.

Other forms of digital currency with a cause

BitSeeds are not the only forms of digital currency that advocate a specific cause. This post on Tree Hugger outlines a few others:
As digital currency continues to grow, similar start-up efforts will, no doubt, join the fray.