Climate Change is Out to Get Your Coffee

It may hurt to hear this, but climate change has it out for your morning cup of coffee. 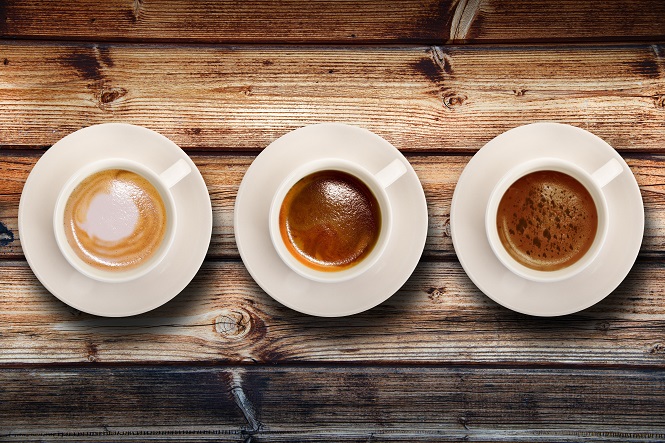 Umm… you guys… There’s, uh… There’s something I have to tell you, and it’s not gonna be easy to hear. I wish I could tell you that we’ll make it through this, but I won’t lie to you. It’s gonna be really touch-and-go. Very few of us are gonna make it out of this unscathed. You’d better sit down. You’ve probably already heard that the planet is undergoing some pretty heavy climate-related changes. Maybe it’s our fault, maybe it’s the sun, maybe it’s alien kids with huge magnifying glasses. That’s not important right now. What’s important is that those little extraterrestrial hooligans are cooking us alive. But not only us. Their interstellar heat rays are boiling all of the other organisms who share our tiny petri dish, including the second-most-important life form on the planet – Coffea arabica. The coffee plant. Arabica makes up about 75 percent of coffee production around the world. Three-fourths of our coffee supply is in grave danger. That McCafe cup leaving a ring on your desk right now? Imagine that thing forever empty, with no chance of a refill. Kinda makes you tired just thinking about it doesn’t it?

How is global warming killing coffee?

That’s a fair question. According to the IPCC, global surface temperatures are expected to rise between 0.3 and 0.7 degrees Celsius between 2016 and 2035, and then up to 4 degrees by 2100 in some emissions models. In ecosystem terms, that’s like setting your heater for 95 in the summer. The Arabica plant is not particularly robust. The hotter it gets, the shorter it grows. The shorter it grows, the less heavenly manna falls from its leaves. One study predicts some pretty sharp declines in the areas that are suitable for growing Arabica beans. In some cases, the loss of suitability could be up to 40 percent. Forty percent less coffee from an entire country! Or, in layman’s terms, GLOBAL FREAKING CATASTROPHE!

Is there anything we can do?

Can you stop global warming? Because, aside from that, there are a couple of suggestions. Some countries, particularly in South America, could simply move their coffee farms up a little higher, where it’s cooler. That solves the coffee problem. Sadly, it doesn’t solve the “where is this indigenous tribe going to live?” problem. Indonesia’s high ground tends to already be occupied. Nor does it solve the deforestation problem. Before coffee can be planted, the trees have to go. And while I’m firmly convinced that there are far worse things out there than carbon, it’s still a greenhouse gas, and forests make great carbon sinks. The other alternative is modifying the plant itself, either by genetic manipulation or selective breeding (potato, potahto), to make the plant hardier. But who can predict what effect that would have on the taste of the coffee? Maybe its delectability is intrinsically tied to its weak constitution. How are you gonna fix that, science?

I don’t drink coffee. Why should I care?

First of all, you’re not human. Go get a cup of coffee and join the rest of us. I’m not joking. Second, Arabica isn’t the only plant affected by climate change. Over half of the world’s flora are at risk of losing their habitats as temperatures in their typical ranges get too high for them to survive. Add that to changing weather patterns as climates shift, and you basically have a plant’s worst nightmare – if you don’t count the one where it ends up in my garden and dies a slow, painful death. The simple truth is plants aren’t as cuddly as Florida panthers, and they’re not as adorable as musk oxen, so they don’t get quite as much media attention. It’s easy to sit down at Christmas with your bottle of Coke and weep softly while you imagine the blank space on the label when all the polar bears are gone. It’s a little harder to picture the hole in the ecosystem behind your house when it’s missing black-spored quillwort. But the truth is climate change is already having a profound effect on plants across the globe. If animals are all you care about, though, here are about 350 reasons why we need to stop climate change. Look at the koalas. Look at them and think about what you’ve done!

Okay, the koalas got me. How can I help save coffee (and koalas)?

Remember earlier when I asked if you could stop global warming? That’s pretty much it. If we want to save our beautiful plants and our cuddly, ferocious animals, we have to take action to stop climate change. That means cutting consumption, reducing reliance on fossil fuels, and doing everything in your power not to cut down vast swaths of forest. I know that last one will be tough. Of course, if there is one final alternative. We could just switch our coffee production to Robusta, which is much hardier than Arabica. Nah. Nobody wants to drink that garbage.