Going Green: How One Canadian City is Leveraging Renewable Energy

Renewable energy? We’ve all heard the term, but what does it actually entail? 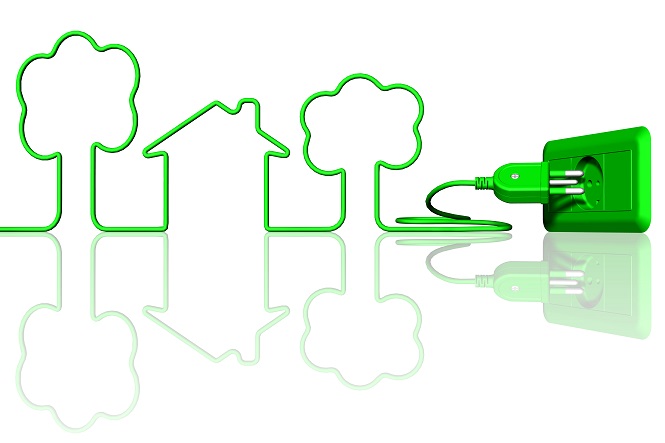 Nestled on Canada’s west coast, Vancouver recently made headlines in May 2015 when it announced it would only use green sources of energy in the future – but what exactly does it mean? Furthermore, why is Vancouver, of all cities, deciding to go with this environmentally friendly option?

The real story: A closer look

The city of Vancouver has officially made it a goal to switch to green energy for its heating, cooling and transportation within the next 20 years, according to The Guardian. The city, which has 600,000 people, will significantly reduce its carbon impact with this move – but where did this all come from? Andrea Reimer, the deputy mayor of Vancouver, told the news source there are significant financial savings that will come from the switch. She added that people tend to want to live in “green” areas, which could attract more people to Vancouver. The target year for Vancouver will be around 2035, but transportation may take up to 2050 to catch up. Now, the rest of the world is scratching its head, asking if renewable energy could be a viable solution.

What is ‘renewable energy’?

Renewable energy can be defined as energy generated from natural resources, according to the Penn State College of Agricultural Sciences. Sunlight, wind and rain are all sources of renewable energy, and they come at no price, making them an economically friendly option. Furthermore, this type of energy cannot be exhausted because the planet constantly renews it. In many cases, renewable energy is confused with alternative energy. Alternative energy can be simply defined as any source of energy that is not a fossil fuel. By a majority of definitions, alternative energy does not harm the environment. “Alternative” energy is a more general way of describing these types of resources.

The key benefits of renewable energy

What’s holding it back?

While renewable energy may seem like a no-brainer, there are several complications that are limiting its expansion across the globe. First, utility companies are hesitant to deploy more renewable energy technologies, which reduces its availability. Next, large-scale renewable energy structures (e.g., wind farms) are not always favorable in every community. They can be expensive to construct as well, and although they translate into long-term savings, not all towns and cities are willing to front the bill. These two challenges have significantly reduced the progress being made in terms of the expansion of renewable energy.

The work of the EPA

The EPA has established several programs to encourage communities to support renewable energy as the battle rolls on. The Green Power Partnership, for example, is a volunteer program that provides expert advice to those interested in investing in environmentally friendly energy resources. The Landfill Methane Outreach Program promotes the use of landfill gas as a renewable energy source. The group is designed to attract businesses that want to protect the environment. AgSTAR, also a voluntarily program, encourages the use of methane gas recovery technologies at animal feeding operations. Finally, RE-Powering America’s Lands promotes the reuse of contaminated land, which could have sources of renewable energy.

What’s the problem with fossil fuels?

You’ve likely heard that fossil fuels are bad for the environment by now, but do you know why? It’s worth taking a step back and examining the facts. The burning of fossil fuels accounted for 79 percent of the U.S.’s greenhouse gas emissions in 2010. These are the gases that insulate the planet and negatively impact our climate, according to the Environmental and Energy Study Institute. Oil, one of the most popular sources of energy, is extracted from tar sands through methods that emit harmful gas. Coal, which is primarily used for electricity, releases a substantial amount of air pollutants, which are known to cause issues such as acid rain. Natural gas, typically utilized for heating and electricity, is responsible for 21 percent of the greenhouse gases in the U.S. alone. While these resources may seem like a good idea now, they are causing long-term effects that will undoubtedly impact future generations. Furthermore, many of these non-renewable sources of energy are diminishing. Eventually, we may have no choice but to turn to resources such as sunlight and rainwater as a result of our heavy fossil fuel use.

What can I do?

While you can’t exactly walk into your backyard and install a wind farm, there are a few ways you can promote renewable energy and make a difference in your own community. First, think about educating others on the benefits of these resources. Many people are simply uninformed on the advantages of turning to sunlight or wind for energy. Next, get involved in your local community. For example, public town or city meetings are typically held before big decisions are made pertaining to construction. Attend these gatherings, listen to the changes being made, and let your voice be heard. Finally, try to execute renewable energy solutions around your own home. For instance, composting is an ideal way to create fertilizer for your garden. Setting up a rain barrel can give you the water you need to water your lawn or your flowers. It’s these types of decisions that can make a difference in the long run. Don’t forget to consult the resources available to you as you go green. The U.S. Environmental Protection Agency website, for example, has an abundance of valuable facts and information on renewable energy. Similarly, the U.S. Department of Energy’s website has a slew of data for you to read.