The History of the Three R’s

“Reduce, Reuse, Recycle.” It’s a familiar phrase to most, but where did it come from? 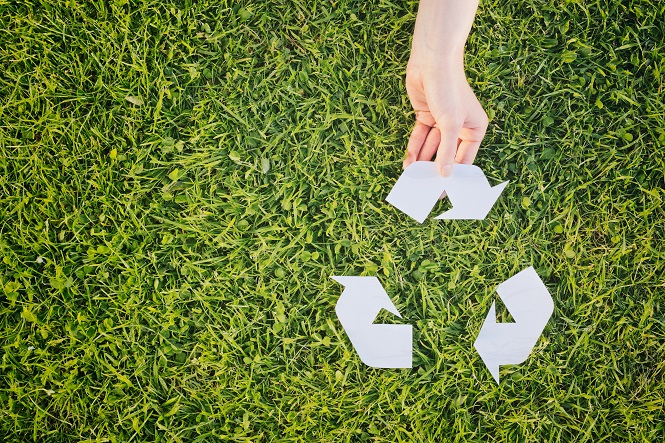 We have certainly heard of the Three R’s as they relate to sustainability – Reduce, Reuse and Recycle – but do you know where the slogan came from or why? Being green is definitely the norm nowadays, but the creation of this popular phrase, logo and practice can certainly be viewed as one of the main catalysts for the environmental movement as a whole. And while the Three R’s have definitely influenced society to be more conscientious of our planet’s health, there is still much to be done.

Where did the Three R’s come from?

There tends to be bit of debate about the creation of the “Reduce, Reuse, Recycle” slogan, but the practice of working towards reducing our waste output, reusing what we can and then recycling what we can’t has been around for centuries. Many in the pre-Baby Boomer generation remember needing to stockpile certain materials – or avoid using some altogether – in order to save resources for use in World War II. The economic boom in the 1950s did lead to an increase in the amount of trash – and litter – being produced by Americans due to the growing popularity of single use items. However, it was not long until people began to realize the environmental impact humans were having on the Earth’s eco-system.

Earth Day and the beginning of a movement

Inspired by the “teach-ins” held across the country to educate citizens on the Vietnam War, Wisconsin Senator Gaylord Nelson spearheaded the first national Earth Day on April 22, 1970. Nearly 20 million Americans celebrated together at fairs, festivals and other community events organized to raise awareness of environmental issues. The holiday grew in popularity and is now celebrated in over 100 countries around the globe. As citizens continued to raise concerns about conservation, the federal government formed the Environmental Protection Agency (EPA). Around the same time as the formation of the EPA came the passing of the Resource Recovery Act by Congress. This bill was created with the intention of shifting both federal and community attention to the practices of recycling, resource recovery and the conversion of wastes into energy. Throughout the 1970s, many different laws were enacted – both at the federal and state level – to promote conservation efforts and raise awareness of them to the general public. Thus, the Three R’s were born.

The rise of the Three R’s

As society began to learn more about the Three Rs, an increasing number of opportunities to engage in the practices emerged. Schools and communities worked to develop curriculum, events and programs with the overall goal of every person understanding the importance of protecting the Earth. Today, children in preschool to students in college study ways to be eco-friendly and the potential consequences of not acting. In addition, recycling programs became far more user-friendly throughout cities as free bins and no-sort practices come to be the norm. But while we continue to engage in sustainable practices, what can we do to get back to the core values of “reduce, reuse, recycle?” Check out some of the easy tips we compiled!

Reduce the amount of waste you create

Americans literally create tons of trash every year and it’s getting out of control. When you reduce the amount of waste you produce, you are helping to prevent crowded landfills and the environmental damage it can cause. Try to avoid using products like paper plates or plastic cutlery as it usually can only be used once. Reducing food waste is also important – Americans toss out nearly one-third of the food they buy every year. Only buy what you need and try to be creative with the ingredients you do have.

Reuse items that could have a future purpose

If you took a good hard look around your home, pantry or recycling bin how many items could be reused? There are the obvious items, such as clothes or the extra canned goods that could be donated to the needy. Some items require a bit of creativity, such as those mason jars that could be turned into vases. Families with young children can encourage the kids to make their own instruments out of cereal boxes or Tupperware containers. Just remember before you toss out that box of “junk” in the attic that another’s man’s trash is another man’s treasure.

Recycle whatever you can

There is no need to feel guilt about creating waste – not every single thing in the universe can be reduced or reused. Luckily, a lot of items we use can be recycled as probably noticed in your own home. Again, there are obvious items such as plastic milk jugs and glass bottles but people often wonder about trash that seems to walk the line. Greasy pizza boxes, despite being made from cardboard, cannot be recycled. Plastic shopping bags are also not recyclable in many areas and have been banned outright by some communities. The best thing to do if you are not sure if a certain item can be recycled is to contact your local provider.