How to Recycle Catalytic Converters

You may not realize it, but catalytic converters contain a host of precious metals. So, instead of tossing them out, recycle them! 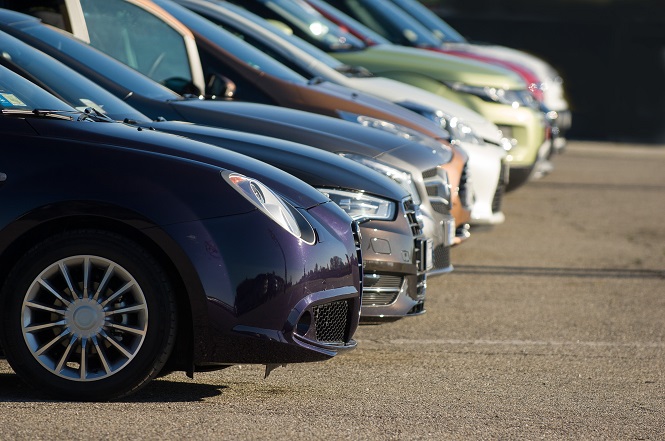 What is a catalytic converter?

An article on HowStuffWorks.com explains a catalytic converter uses a set of catalysts to convert some of the dangerous gases produced by your car into benign substances. Platinum and palladium, both rare precious metals, are brushed onto a honeycomb-shaped matrix inside the catalytic converter. When exhaust flows by it, the metals convert things like carbon monoxide and smog-producing hydrocarbons into carbon dioxide and water. Catalytic converts contain several other metals, including copper, nickel, cerium, iron and manganese. Small amounts of rhodium are also found within a catalytic converter. Rhodium, like platinum and palladium, is very rare and valuable. These three metals can be used for jewelry, electronics and industrial purposes. Your car’s catalytic converter should last as long as your car. However, if you notice your car is backfiring, using more fuel than usual, or that the “check engine” is coming on, it is possible the catalytic converter has failed. A mechanic can replace it, but with all those precious metals on its interior, it will not be cheap. Catalytic converters were originally invented for factories rather than cars. According to Catalytic Converters, a French engineer named Eugene Houdry invented the first catalytic converter in the 1950s. His goal was to decrease the amount of pollution being belched out by smokestacks. Catalytic converters did not originally work very well in cars because the lead in gasoline would coat the catalysts and render them useless. When lead in gas was outlawed, and people became more concerned about automobile pollution causing smog and acid rain, catalytic converters became more common on cars.

Why should you recycle a catalytic converter?

Mining anything has negative effects on the earth, but precious metal extraction is particularly hard on the planet. Brilliant Earth, a company that sells jewelry made with recycled metals, describes several of the downsides to mining platinum. Platinum ore is pulled out of tunnels that are very energy-intensive to dig. It takes one ton of ore to produce one ounce of platinum, and all that ore must be treated with chemicals to get the platinum out. The process of refining platinum from its raw form into the metal we recognize is extremely polluting. Platinum miners are typically paid very low wages and work in very dangerous conditions. By recycling your catalytic converter, you limit the need to mine platinum and other precious metals. This is a big win for the environment.

How to recycle a catalytic converter in a car

In most cases, the easiest way to recycle a catalytic converter is to take your entire car to an automotive recycler. Scrap metal dealers or car scrap yards are the most likely candidates to take your old car off your hands. Any large or medium-sized community should have at least one scrap metal dealer and car scrap yard. If you want to make certain your car gets recycled in the most eco-friendly manner possible, look for a car recycling service like Green Vehicle DIsposal. It has a network of auto recycling companies in the United States and Canada. All their partners pick up used cars and break them down for disposal. It can even pay you for your used car in most cases. Visit the company’s website for more details about its program.

How to recycle a catalytic converter

If you happen to have a catalytic converter you want to recycle at home, there are places that can take them. Rockaway Recycling in New Jersey runs a program called Catalytic Control that pays people for their catalytic converters. It accepts them through the mail, so you can recycle your catalytic converter no matter where you live. Check out its website for a price list and information about what types of catalytic converters it accept. ConverterGuy and Auto Core are two additional businesses that pay people for old catalytic converters. Their websites have more information about how to obtain a quote and ship your converter to them. You may be tempted to try and pull out the precious metals yourself, but this is not advisable. The process of extracting these metals is complicated and dangerous. Even if you were able to remove the platinum, palladium, rhodium and other metals, the amount you would have on hand would be so small it would hardly be worth selling them. Leave the recycling to the experts.