My Journey in Recycling

Fargo to Fresno – the difference in recycling is vast. 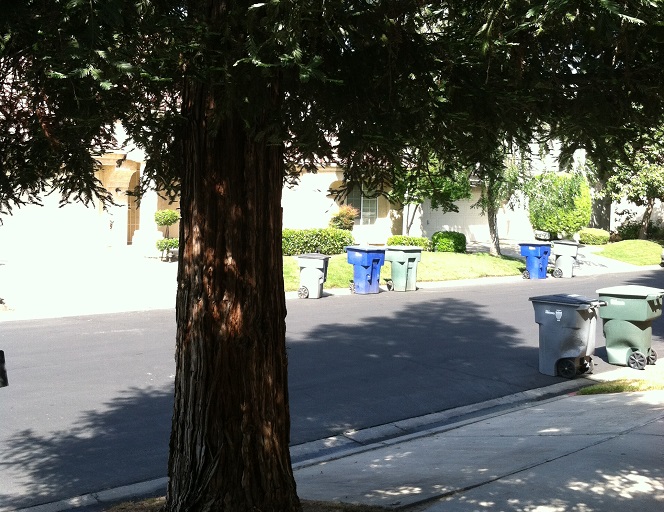 I have lived in a number of large cities, including Los Angeles, Chicago, New York City and Minneapolis. When my family and I moved to Fargo, North Dakota, in the summer of 2009, my world opened up to a slower pace of life, cultural experiences that you would not expect in a smaller city and the warm hospitality of friends that more than made up for the frigid winter temperatures.
The world of recycling, however, was a different story. In Fargo, we discovered there was no curbside recycling pick-up at all. None whatsoever. A good portion of my week was spent trying to figure out what could be recycled, loading it into the car and toting it to a number of recycling drop-off sites.
Then, in September 2009, curbside recycling came to Fargo. I felt as though I had won the lottery, but that feeling was short lived. The program was a biweekly recycling pick-up, which caused an entirely different level of confusion, because I never seemed to remember the week we had pick-up. And, at the start of the program, the only papers allowed in the bins were newspaper and magazines. The only plastics allowed were containers with the “resin identification code,” or RIC inside the chasing arrow symbol of 1 or 2, and paper (bond paper, typing or writing paper, index cards, envelopes, legal pad paper, etc.) or paperboard (cereal boxes, etc.) was not accepted at all.
The program expanded in 2012 to include paperboard and plastics with the RIC of 1 through 7, which was very exciting for me, but I was disappointed that I still could not recycle our paper in our recycling bin and I had to continue to drop it off at a recycling center.
But in January of this year, we made the move from Fargo to Fresno, California. Not only was the weather gorgeous, but we made the leap from bi-weekly recycling bins to single-stream recycling, and it’s picked up EVERY week.
This is what is acceptable in the City of Fresno’s recycling program:
For more information about the City of Fresno’s recycling program, visit this website.

What is single-stream recycling?

From 1-800-Recycling’s Green Glossary: Single-stream refers to a recycling system in which all reusable materials are deposited into one uniform container. The recyclables are then collected by a waste hauler, equipped with trucks featuring automated mechanisms for gathering materials into one compartment. Post-collection, the hauler transports the items to a material recovery factory for sorting and reuse preparation. The goal of single-stream recycling is to maximize diversion rates with economic efficiency.
Words cannot describe how happy I feel every time put our recyclable materials into our big single-stream recycling container. Living in Fargo definitely helped me to become more thoughtful about what I purchased. The packaging materials became very important to me – if a portion of the product could not be recycled or reused in some way, I did not usually buy it. I continue to use that philosophy when making purchases, but it is great that my recycling is now a more convenient part of what makes up my daily life.