Old electronic devices are not only not being recycled, they are entering the black market. 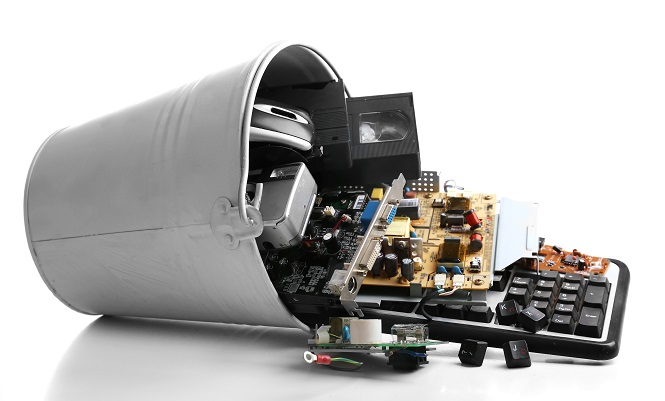 The growing amount of “e-waste” across the world is growing at an alarming rate and being disposed of in often dangerous and illegal ways, according to a new United Nations (UN) report. E-waste, which mainly consists of discarded or broken computers, cell phones and other electronics. As technology has continued to advance at such a rapid rate, so has the amount of devices in the garbage – many of which contain hazardous and toxic materials. Not only can the toxic chemicals inside some of these devices do serious damage to the Earth’s health it can also harm people involved in its handling. The problem appears to be out of control, as an analysis by the United Nations Environment Program (UNEP) found that nearly 90 percent of the planet’s e-waste is being illegally dumped and sold all over the world. According to the UNEP report, the amount of e-waste produced around the globe annually has skyrocketed to nearly 41 million tons of computers, cell phones and tablets. 90 percent – or a value of around $19 billion dollars – of the waste is entering the black market. Many organized crime outfits act as a legitimate way for communities to dispose of e-waste to earn a fee, but then end up dumping the dangerous materials in developing countries. This is causing an alarming environmental concern, as the toxic chemicals in the waste seeps into the local soil and water – affecting the eco-system and the people who reside there. In addition to illegally dumping e-waste, crime outfits are also mining the devices for precious metals that are quite valuable on the black market. Because there are no safety standards in trafficking rings, people who are forced to extricate the materials from the cell phones and computers are at risk for exposure to the other dangerous chemicals inside. This also takes away from economies that legitimately recycle e-waste both for environmental reasons and for the ability to re-use materials within the waste – safely and legitimately. Unfortunately, many governments – both local and international – have not yet caught up when it comes to dealing with this unique environmental and criminal issue. Many places are not yet prepared to deal with the amount of e-waste entering their landfills and are desperate for a way to get rid of it safely and securely. This can lead to deception and extreme risk for the areas of the world where the waste is being both dumped and processed. In addition, countries around the world vary in the way they handle the shipping of hazardous material and some e-waste is being smuggled through both postal services and international couriers. The UNEP suggested immediate action on this so-called global crisis before it is too late. The electronics industry is projected to produce nearly 50 million tons within just two years. The panel called for unilateral talks on how countries can work together to stop the illegal trafficking of e-waste. It urged international cooperation in order to protect the global environment and its citizens while at the same time working to fight the thriving international e-waste black market.