Before embarking on the summer road trip, consider these tips for saving gas (money) and being more fuel efficient. 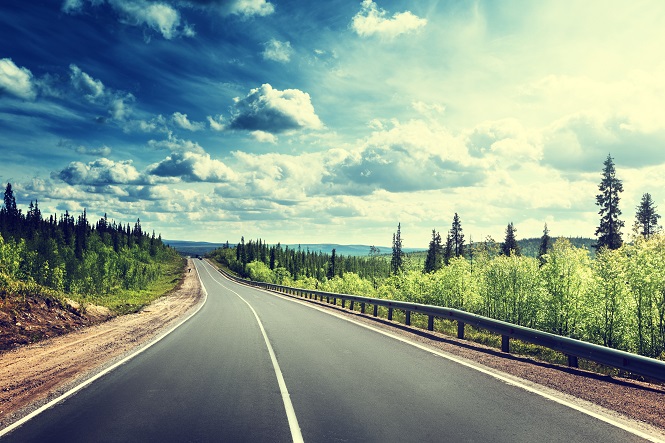 It’s road trip season again, which means ambitious drives to gorgeous, interesting areas. But it also means money spent on tons of gas. While gasoline prices are forecasted to go down for the summer of 2015, from a national average of $3.00 per gallon in May to $2.77 per gallon in July, that’s still not exactly the $2.36 per gallon average of last January. Or even close to the glory days of pre-2000 gas prices. Plus, gas still has a nasty tendency to spike 15 cents in one day in our area every so often, so learning how to save gas is still imperative to any budget. Also, gas isn’t exactly a renewable resource. The Institution of Mechanical Engineers estimates the world’s major oil fields have 1.3 trillion barrels of proven oil reserves left. That may sound like a lot, but at current rates of consumption, that amount will last the world 40 more years. Conserving oil has never been more important. So what’s a savvy car owner to do? There are a number of ways to save gas, ranging from safer driving techniques to investing in electric cars.

The easiest place to start is to monitor your own driving habits. Fueleconomy.gov lists a few tips and tricks for increasing your mileage. Being a lead foot increases your fuel prices by $0.19 per gallon for every 5 miles per hour you drive over 50 miles per hour. Obey the speed limit, and your wallet will thank you. As an additional tip, cruise control is a good way to keep your speed constant. Along the same lines, aggressive driving habits like rapid acceleration and constant breaking can lower gas mileage by 33 percent on the highway and five percent on city streets. So calm down and drive safely. Also, watch the amount of weight your car is towing. Having cargo on the roof hurts your car’s aerodynamic performance, which increases gas mileage. Fueleconomy.gov states, “A large, blunt roof-top cargo box, for example, can reduce fuel economy by around 2 percent to 8 percent in city driving, 6 percent to 17 percent on the highway and 10 percent to 25 percent at interstate speeds (65 mph to 75 mph).” Similarly, excess weight may reduce car mileage. An extra 100 pounds might reduce your miles per gallon by about one percent. It sounds small, but it adds up.

Here’s another easy method you can implement today, if you haven’t already: combine your trips. Instead of going out for one errand, wait and go out for several. If you have to run errands in a certain area, try to think of multiple things you have to do in that same area. You’ll end up spending at least half the amount of gas. This is especially true in the cold. Fueleconomy.gov says a few short trips with cold car starts could use up to twice the amount of gas. As for driving to work, if you have the flexibility available to you, consider telecommuting, carpooling or driving in less peak hours to avoid excessive stop-and-go driving. Also, take your most fuel-efficient car, if you have one.

This method is easy to slide on when you’re trying to save money, but keeping your car in good shape will help your gas mileage in the long run. Fueleconomy.gov lists several types of car maintenance activities and their mileage increases by percent:

Tips for hot and cold weather

With the hot weather coming up, you may be jumping for joy because you, like most people, get better gas mileage in the summer. Your car doesn’t have to take the extra time getting to the fuel-efficient temperatures the way it does in colder weather. However, there still are some tips to keep in mind. The AC is the main culprit in reduced fuel economy, says fueleconomy.gov, accounting for at least a 25 percent reduction. Open windows increase drag and can also lower fuel economy, but not as significantly as the AC at low speeds. So drive with the windows open at low speeds and use the AC at higher speeds. Also, don’t blast the AC higher than it needs to be and park in the shade when possible. Air out the car with the windows open before turning on the AC to reduce the work the AC has to do to cool down the car. While not an immediate concern, there are also some cold temperature tips to keep in mind, like parking in a warm spot if you can, not idling your car for too long to warm it up (drive slowly after 30 seconds), combining trips so you’re driving with a warm engine for longer and keeping an eye on tire pressure.

If you really want to pull out the big guns, consider investing in a more fuel-efficient vehicle. The California Energy Commission recommends going for a vehicle that will save at least 50 percent the amount of fuel. Don’t think you’re limited to the newest and most expensive electric-only vehicles. You could go for a hybrid-electric car, a motorcycle or just a more efficient model within your current type of vehicle. Also, make sure to look into current tax credits for buying electric or hybrid vehicles. The Alliance to Save Energyy has a good list for electric vehicle tax credits at a glance.

A warning about fuel-saving devices

The California Energy Commission also has a statement on devices that are supposed to improve your gas mileage. In short, they’re bunk: “The U.S. EPA and Federal Trade Commission have both said that there are no devices that will boost your mileage any appreciable amount.”