For a greener lifestyle, why not let one of these apps help you out? 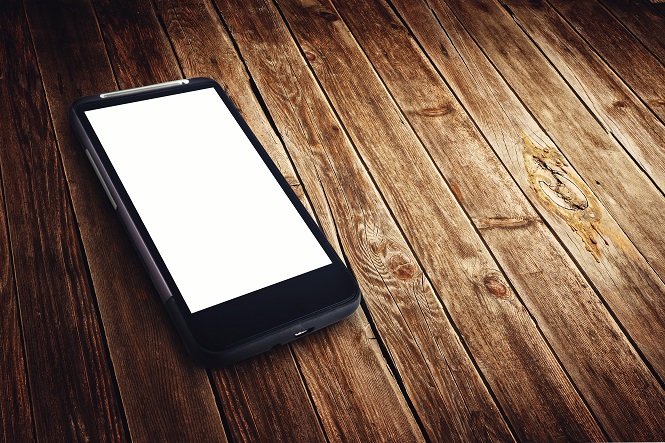 We live in a world full of phones, tablets and smart devices capable of holding countless applications. From fun games to time-saving tools, the range of apps on today’s market is nearly limitless, so it should come as no surprise that there is a whole segment of apps devoted to improving how we interact with environment. Even within this category, though, the range of apps and their function is massive. Yet, eco-conscious apps all have at least one thing in common: They are attempting to help us be more aware of our actions and how they affect the environment, as well as how we, as individuals, can contribute to the protection of our planet.

The first app on our list of top eco-centric mobile apps is iNaturalist. This app was developed for of a master’s final project at UC Berkeley to help scientists and land managers monitor biodiversity. INaturalist works by collecting the knowledge of hunters, birders, fishers, hikers, explorers and pretty much anyone interested in nature and the outdoors and storing it in one place. Users of the app can mark sightings of a species, which iNaturalist will then compile into a database that can be used to track migration patterns, increases or decreases in population or new habitats. I first heard about this app from a biologist with the U.S. Fish and Wildlife Service. When I questioned how this app could work without a way to ensure people were accurately spotting the correct critters or plants, he explained that as the number of people using iNaturalist increases, the outlying errors are less of a big deal and become just that – outliers. After you get accustomed to using the app and have added a few sightings of your own, you really need to go check out the iNaturalist webpage. Search for some of your favorite animals or plants, and you can see a map of where others using iNaturalist have also spotted them. If any show up in your region, go out for new sightings of your own!

GoodGuide allows you to shop with your values in mind. Specifically, GoodGuide rates products in three primary categories – health, environment and social impact. Each product is meticulously studied by GoodGuide and scored in each of these categories, which is then compiled to create a final score. The scoring system is out of a total of 10 points, with a theoretical 10 being the best possible score. So how can this app be used to promote an eco-centric lifestyle? Let me share my experience using GoodGuide. I woke up early and to my dismay had no coffee. Arriving at my local grocery store to pick up the much-needed beverage, I opened the app and chose the ‘browse categories’ section, choosing the coffee section. I knew offhand that not all coffees are created equal. Some brands do little to stop deforestation and have horrible relations with local communities. GoodGuide gave me a starting point by listing out the top coffees. I could then look through each coffee to understand what made it high on the list. For example, Newman’s Own brand of coffee was not the top on the list but had one of the highest environmental scores. I could also have used the bar code to search for different coffee brands in the store to see if GoodGuide had reviewed them. My only issue with the GoodGuide app is that it doesn’t show all of the information about each item that is available on GoodGuide’s webpage. On the app, I could see the coffee brand I selected had a high rating, but I couldn’t see the subcategories under environment. But when I searched for the coffee on GoodGuide’s webpage, I found much more information about the product.

CarmaCarpooling is an ingenious carpooling app that connects riders and drivers together to save on emissions, decrease traffic and save people some money. The platform is simple and very easy to use. When you sign up on the app, you specify if you are a driver or a rider as well as the frequency, locations and time of your commute. The app then finds individuals that match these preferences and links you together. Furthermore, to alleviate the sometimes-awkward conversation of gas money the app is set up to record the rider’s trip duration and automatically pay the driver a set amount for the ride. My first attempt at using this app was a little disheartening due to the low number of similar trips that I found. I live in Salt Lake City, and with all of the talk of how bad our air pollution is becoming, I was hoping more people would be using this app to alleviate the environmental and health risks created by car pollution. However, CarmaCarpooling may just be slow to take off in Utah. When I searched elsewhere, making fake trips in other cities, I was pleasantly surprised to see many people using CarmaCarpooling.

The PaperKarma app is an amazing idea to both decrease your unwanted junk mail and save precious paper. For many of us, seeing the junk mail pile up in the mailbox is a painful reminder of how wasteful society can be. With PaperKarma, you can quickly halt the steady flow of junk mail by simply taking pictures with your phone. Once the picture is taken, PaperKarma sends a notification to the company in question, asking them to remove you from its mailing list. It is literally that easy! Word of caution, though: The app does have issues with some companies, and looking into the app further, I found many users claiming the app worked about 75 percent of the time. However, 75 percent is no small number. If a large number of people are using the app, the total amount of trees saved from being turned into junk mail could be quite significant. As a new PaperKarma user, I am going to have to get back to you in a few weeks to see how it has worked for me.