It’s World Oceans Day! Embrace your inner marine biologist and see how you can protect one of our greatest resources. 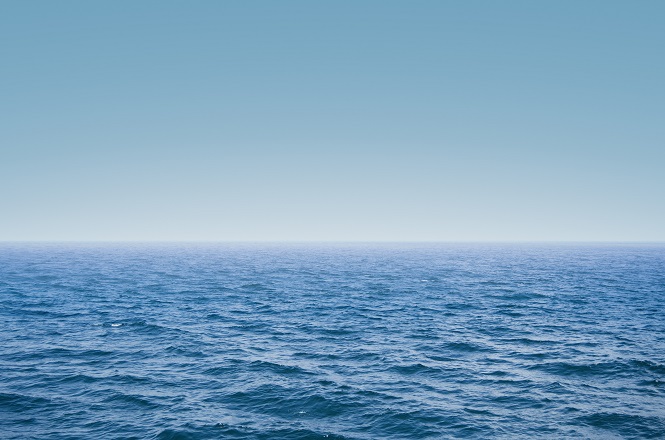 It seems like everything has its own day: Talk Like a Pirate Day, Pi Day (and Pie Day), Creative Ice Cream Flavors Day, Star Wars Day. We’re a culture addicted to Days, with a capital D. But one of the most deserving days is World Oceans Day, celebrated today, June 8th. Why shouldn’t about 70 percent of the Earth’s surface have its own day? Unlike Creative Ice Cream Flavors Day, World Oceans Day has official backing from the United Nations. In 2008 the United Nations General Assembly came up with World Oceans Day, and it’s been a yearly marker since 2009. In honor of World Oceans Day, let’s explore what makes our oceans so great, read some fun ocean facts and address issues/solutions surrounding one of the world’s largest suppliers of recreation, air, food and travel. Embrace your inner kid who wants to grow up to be a marine biologist.

Some fun facts about how cool the ocean is

To start off, here are some facts to remind us of why oceans are so neat, compiled by the MarineBio Conservation Society and NASA:
Now that you remember just how interesting the oceans can be, you may be wondering what they do for us.

The true impact of our oceans

Rather than just being a source of neat scientific facts, the world’s oceans also drive plenty of commerce, are a major food source and affect our lives in indirect ways we probably don’t think about on a daily basis. The Ocean Conservancy lists some of the surprising benefits of our oceans. It states that over 2.6 billion people rely on the ocean for their primary source of protein. NASA states that 14 percent of all protein consumed on our planet comes from fish. The Ocean Conservancy says the oceans provide half of the oxygen in the air we breathe. Or to put it as strikingly as they did: “Every second breath you take comes from the ocean.” Water also returns to the ocean for purification before eventually becoming water we drink or staying in the ocean to support life there. Or, as the Marine Conservation Institute puts it, ”Because the oceans are the largest ecosystems on Earth, they are the Earth’s largest life support systems. To survive and prosper, we all need healthy oceans. Oceans generate half of the oxygen people breathe. At any given moment, more than 97 percent of the world’s water resides in oceans… Living oceans absorb carbon dioxide from the atmosphere and reduce the impact of climate change… They’re the most promising source of new medicines to combat cancer, pain and bacterial diseases.” The National Oceanic and Atmospheric Administration lists some of the surprising natural remedies coming out of the oceans, including anti-inflammatory agents in wrinkle cream that are derived from coral, a Caribbean sponge that generates compounds used to fight the AIDS virus, a potential cancer drug from a tentacled ocean critter and a host of other healing miracles we wouldn’t have without our oceans. And that’s just what we know about. Remember, the percentage of oceans we’ve explored is in the single digits. Places like deep-sea hot vents and seabed sediments are incredibly hard to get to and have barely been looked at as a result. So you could say the oceans are kind of a big deal around here. Yet we continually endanger them.

Threats to the oceans and some solutions

You may have heard that the oceans are in danger. For decades now. We have the fun little habit of polluting them with trash. Acidification is a nice word that keeps coming up; it means the oceans suck up our carbon emissions, which lowers the pH levels of the oceans, and those increased acid levels kill off shellfish. And, or course, overfishing in certain areas has threatened fish populations. Luckily, it’s not all doom and gloom. Groups like the Ocean Conservancy, MarineBio Conservation Society, Marine Conservation Institute and others are working to keep our oceans safe. You can always support groups like that, or there are a few tips to keep our oceans safe you can implement today. The Smithsonian offers some sound advice:
The good news is people are becoming more aware of the environment, and by association the oceans, through sustainable and green living movements. When it comes to the oceans, these movements are vital. We’re talking about a body of water that may cure cancer one day.