Desertification: How Scar Really Did Ruin the Pridelands

The Lion King makes for a really good teaching lesson in desertification. Seriously. 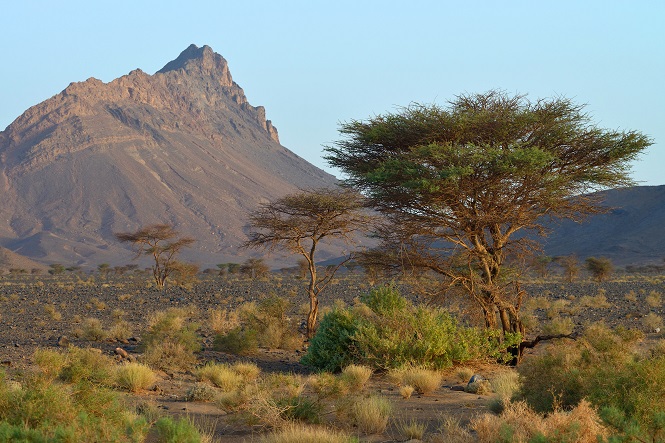 Y’know what always ticked me off? I mean, really bothered me for years. I’ve lost sleep over this, and I consider it to be one of the worst injustices of our age. Where do we get off blaming Scar for the drought in the Pridelands? Barring the fact that it was clearly Mufasa’s doing, the idea of a mortal king giving the skies dry-mouth from the taste of his evil is … well, it’s as absurd as that sentence. Scar couldn’t stop the rains any more than Simba could cause a downpour by feeding his uncle to the hyenas. Anyone who says otherwise is just plain partially right.

Yeah, I can’t lie. They’re not entirely wrong. See, the thing about Scar is that he was a magnificent villain, a top-of-the-line schemer and the world’s greatest lyin’ lion. But he wasn’t such a great manager. Scar was wasteful. He had the lionesses hunt the antelope and zebras until there weren’t any left. If he was so careless with the pride’s food supplies – which everyone knows require careful stewardship – imagine how careless he must have been with the water. As it turns out, mismanagement of natural resources is a pretty big deal, and it can leave a lasting impression on the landscape. In places that are already considered drylands, it can lead to a process called desertification, which is exactly what it sounds like: drylands slowly turning into deserts.

How mismanagement of resources hurts the environment

I almost can’t blame Scar. I mean, it’s not like he could have known that the things he’d always had could just shrivel up and blow away. But at some point you’d think he’d at least form a committee to look into it. And not appoint Ed as the chair-hyena. Scar implemented a number of new policies when he became king. Most notably, he struck a lasting peace with the hyenas, which seems like a good thing at first, until you remember that the hyenas came over to crash on the couch and never left. Overnight, the population of the Pridelands exploded. Adding more mouths meant food supplies didn’t stretch as far. So, their choices were either eat less or produce more. In real-life Africa, it’s often “eat less because we can’t produce more.” As the population continues to grow, these water-stressed regions are forced to drain even more of their already spare supply. More people means more crops, which means more irrigation. Those people also use water to bathe, cook and drink, further taxing the local water table. So, the water is used, and it evaporates, and floats up into the sky. It’ll come back down as rain as soon as the good guy is back in power, right? Not necessarily. Drylands are called drylands for a reason. There’s not much water there to begin with. And, since rain only falls when it gets too heavy to stay in the clouds, the little bit that evaporates from these regions often isn’t enough to facilitate precipitation. And since it doesn’t fall, it blows away to wetter neighborhoods, further reducing the amount of water in the region. Now, I’m not saying Scar set up extensive irrigation systems or dammed rivers or intentionally reduced the water table. But if my dog is any indication, all of those hyenas are gonna drink a ton of water.

Exactly. Overuse and misuse of resources is one of the main causes of desertification. But it’s not the only cause. Agriculture plays a big part, not only by draining aquifers through irrigation but also by irresponsible herding practices. Overgrazing in a particular area can remove most or all of the natural ground-covering vegetation. Once the plants are gone, there’s nothing to hold moisture in the soil. Deforestation plays a significant role for the same reason. So, Scar might have brought the wildebeests in close to pasture them next to Pride Rock. It seemed like a good way to keep food in the pantry, until they ate all the grass and turned the ground to dust. But there’s still that one factor that Scar couldn’t control. His reign happened to coincide with a 3-year drought. So, no matter how well he managed his resources, nature set him up for failure from the get-go. Drought is a major contributor to desertification, for obvious reasons. But, this climate change thing we’re trying out seems to be making droughts worse. Maybe we should rethink that process…

How can we stop desertification?

“Stop” may not be the right word for it. Believe it or not, desertification is a natural process. The Sahara wasn’t always the soul-crushing sand sea it is today. It’s just that, through our abuse of what we’ve been given, we’re accelerating the process. One of the easiest ways to stop it is by not clear-cutting vegetation. Don’t strip the soil bare and it’ll hold onto its moisture. Also, plant stuff. Adding native plants to barren areas helps lock in the water and prevent soil erosion. Other measures have to be taken at a systemic level. Sustainable farming processes are key to water conservation, which is a major step in fighting desertification. And while we little guys may not be able to make the policy decisions that’ll cause those changes, we can certainly reward those who’ve already started the process by buying sustainably grown produce when we have the opportunity. Yesterday I talked about how everything is connected. That goes double for desertification. Stripping the land of its moisture causes a change in the local climate, which in turn has an effect on the global climate. Global climate change intensifies desertification. And our other contributions to global warming only compound the problem. So, if you needed another reason to try to reduce your carbon footprint, here it is: You’re helping Scar destroy the Pridelands. Desertification may not be something we have complete control over, but it’s something we can certainly take steps to mitigate, before our drylands become totally inhospitable. I made the classic mistake of underestimating a population’s impact on the environment and assumed Scar was the victim of bad luck. But he wasn’t, and neither are we. We’re causing this, and we’ve got to fix this. After all, we can’t always count on a brave young lion to come and rescue us.