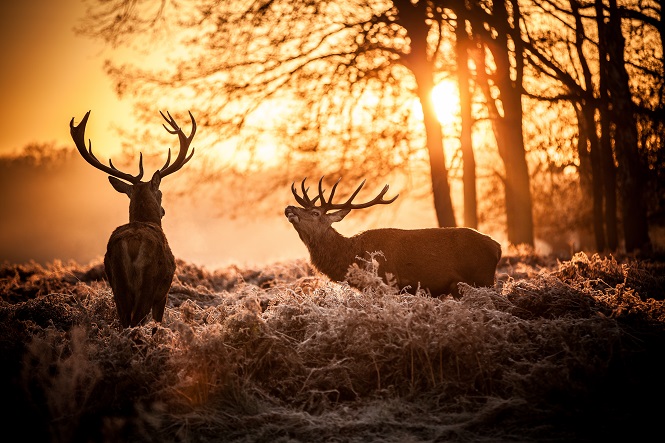 Poaching is one of those topics that is just plain hard to think about. It falls somewhere between world hunger and domestic abuse on the cognitive dissonance scale. But it’s a serious issue that has to be faced head-on. The Humane Society of the United States said that for every animal killed legally each year (a number ranging in the tens of millions), another one is killed illegally by poachers. On the most extreme end, The World Wildlife Fund stated that there has been a 7,700 percent increase in rhino poaching in South Africa between 2007 and 2013. About a month ago, the Guardian reported on the last male northern white rhino. If he dies before mating, the species goes extinct. Armed guards have to watch over him 24/7 so that he’s not killed for his horn, even though its been removed to deter poachers. Rhino horn is used in Vietnam as a supposed panacea, despite that fact that it has not been scientifically validated as a cure for anything. But prices for rhino horn are through the roof nevertheless. With the plight of the white rhino, it’s easy to further distance ourselves from the problem and figure that it’s a foreign issue. But it happens in the United States as well.

Poachers in the United States

Several types of animals are poached domestically. On the list of high profile poached species are black bears, big-horned sheep, deer, moose and sharks. National Geographic reported bear gallbladders are sold on the black market, and a large North American bear population is attracting poachers. Bear gallbladder acts as a Chinese herbal remedy, and big-horned sheep antlers will sell for $20,000 on the black market, according the Humane Society of the United States. Deer are plenty popular to hunt, especially with their exploding populations, but then there are the people who just hunt them in illegal areas willy-nilly. The Chattanoogan reported the case of some overzealous buck hunters who decided to go onto the Fort Campbell Military Installation for their hunting pleasure. Allegedly they killed hundreds of deer. Staten Island, New York, saw its first ever deer poaching arrest when a man was caught hunting deer in a city park this last spring. At the beginning of this year, the Humane Society Wildlife Land Trust paid out a reward of $2,500 to a Washington good Samaritan, who provided information for the arrest of a man who was poaching closed season moose and deer. Meanwhile, shark finning has been happening off the coast of California. It’s the practice of cutting off a shark’s fin, and throwing the animal back into the water still alive. According to the Humane Society of the United States, “The high value of shark fins drives the practice of ‘finning,’ while 95 percent of the animal is tossed overboard. Finned sharks are unable to swim, and thus unable to breathe, when thrown back into the water.” Even more obscure animals like waterfowl take the hit. Two former operators at the Sheyenne Valley Lodge in North Dakota were arrested for illegally transporting and selling wildlife. The Bismarck Tribune reported, “Guides at the lodge took clients on hunts between October 2004 and October 2005 even after the clients had filled their waterfowl limits, officials said. Carcasses of unwanted waterfowl were tossed into pits, and tagging records were falsified at the picking station.” It just goes to show that almost any animal can be affected. And still, all of these news stories beg one question: What can be done?

A case study in anti-poaching success

The World Wildlife Fund also gave a report on how Nepal got to zero poaching. They’ve gone a year straight with no poaching two times. In 2011 they had none for rhinos, and, from 2013 to 2014, there was no poaching of rhinos, tigers and elephants. Nepal has been a study in top-down support of anti-poaching. Organized efforts involve the National Tiger Conservation Committee and The Wildlife Crime Control Coordination Committee, which have leadership and representatives that include Nepal’s prime minister, the minister of forests and soil conservation, the Nepal army and the Nepal police. The Wildlife Crime Control Bureau also has 16 district cells that help control poaching. Meanwhile, communities manage local forests and wildlife, adding jobs. Community-based anti-poaching units control both animal and plant life trafficking through patrolling and information gathering. Today they have over 400 units. Nepal also quickly adopted technology like unmanned areal vehicles to monitor areas. Nepal is also working to stop illegal trafficking through their country to China through agreements and resolutions with China and India.

The Humane Society of the United States lists several ways we can all work on the problem at the individual level. First off, know your state’s hunting season and regulations so you can identify and report anything suspicious. Get a description of the area, the vehicle and the person. Then call your state wildlife department right away. It cautions to never confront anyone directly for your safety. At the forefront of the solutions, of course, is the World Wildlife Fund. The main cause of poaching is high demand and profit margins. Rhino horn has been claimed to cure cancer in recent years, even though that is a complete myth. Yet prices remain high in Asian countries. Shark fin is an Asian delicacy. Elephant ivory and tiger products are at highest consumer demand. But another secondary cause is the social gaps that allow poaching, gaps like the ones Nepal filled. The World Wildlife Fund stated, “Corruption, toothless laws, weak judicial systems and light sentences allow criminal networks to keep plundering wildlife with little regard to consequences. These factors make illegal wildlife trade a low risk business with high returns. The poachers – often poor locals – are the usually the only ones caught, leaving the real masterminds and their network safe and operational with the ability to strike again.” One solution, then, is to support regulations. The WWF has a Stop Wildlife Crime campaign, where individuals can help sign pledges, give donations to rangers, spread the word and contact the government to support anti-poaching initiatives.