Green Architecture: Past, Present and Future

Over the years, we’ve been paying greater attention to sustainable building, What can the past lead us to expect in the future? 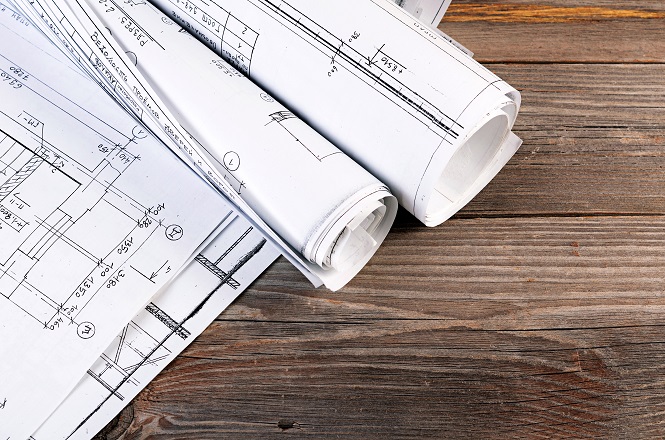 Architecture has some skeletons in the closet when it comes to its respect for natural resources. According to The Encyclopedia Britannica, building in the early 21st century consumes half the world’s resources. That’s estimated for 16 percent of the planet’s total freshwater resources, 30-40 percent of “all energy supplies” and “50 percent by weight of all the raw materials withdrawn from Earth’s surface.” Of the waste in landfills, 40-50 percent is attributed to architecture, and architecture accounts for 20-30 percent of greenhouse gas emissions. Green architecture seeks to change that pattern. It’s simply a philosophy that supports using sustainable energy and materials, reusing building materials and building new structures with an approach that is mindful of environmental impact. Although, it’s not a radically new concept.

The history of green architecture

Green architecture dates back differently, depending on whom you listen to. The Encyclopedia Britannica dates the modern view of green architecture back to the rise of eco-awareness in the 1960s, as a rebellious youth heavily questioned the urban sprawl and the homogenous suburbs that were taking over in their time. Some of the more radical devotees lived in tent structures and geodesic domes, as part of their reverence for the Native American practice of living with minimal impact on the land. However, in the early 20th century, the famous architect Frank Lloyd Wright was already preaching about working with nature, instead of against it. He firmly believed a building should rise out of a natural area, instead of bulldoze and dominate its surroundings. Ian McHarg, a landscape architect, also propagated the belief that architecture should integrate with the environment. McHarg literally wrote the book on green architecture in 1969, called “Design with Nature.” He argued for “cluster development,” where the world would group its living centers together and leave as much of the natural world alone as possible. He was also one of the first to see the earth as an autonomous system that was dangerously on the precipice of collapse. Around this time, the OPEC oil crisis reminded America of just how dependent it was on a limited, removed energy source.

All of this led to the formation of the Leadership in Energy and Environmental Design (LEED) standards in 1994, which was watched over by the U.S. Green Building Council. Builders can get optionally certified and trained through the council in sustainable building. According to the U.S. Green Building Council, “LEED certification provides independent, third-party verification that a building, home or community was designed and built using strategies aimed at achieving high performance in key areas of human and environmental health: sustainable site development, water savings, energy efficiency, materials selection and indoor environmental quality.”

Today efforts to meet the LEED requirements involve recycling initiatives, building smaller and more efficient structures and looking for energy solutions apart from the current electrical grid. Unfortunately, this practice isn’t quite widespread yet. Archinect has an article by a young architect covering the blatant waste in architecture, all in the name of aesthetic appeal. And I’m sure you could think of some key homes going up in your area that scream opulence, but not sustainability. Yet the line for sustainability does keep getting pushed forward. GreenSource has an extensive archive detailing its “Solution of the Month” column. Stunning works on display include a university building with temperature and light control incorporating fins and a low-e window system, a building with a natural/mechanical ventilation system and a community center with a plant-wrapped roof. The green homes section includes a home made out of old shipping containers, as just one example. Perhaps the most notable move forward in green architecture is the availability of green building materials. EPA.gov has a great guide on buying greener materials for your home. It’s easier than ever to incorporate salvaged materials into the construction of your home, for instance, and it’s just a plain good idea. The EPA states, ”Salvaging building materials and reusing them saves energy and reduces greenhouse gas emissions by minimizing the need to extract and process raw materials and ship new materials long distances; it also reduces the economic and environmental impact from waste disposal (for example, greenhouse gases generated from waste decomposition, the need to build new landfills or the emission of air pollutants from waste incineration).” Reuse stores are easy to find through sources like the Building Materials Resuse Association, or there are the Habitat for Humanity Restores. You can also find recycled content in new building materials, such as drywall (many brands use recycled paper), insulation, plastic lumber, countertops, tiles, carpet and landscaping materials (like mulch). Be sure to look at the labels on the product, which will list how much, if any, of the product has been made from recycled material.

Green architecture of the future

A news station out of Indianapolis gave an interesting report on the green living arrangement of the future. A panel of U.K. experts in urban planning, engineering and architecture sounded off on what the community of 100 years from now will look like. The panel’s ambitious vision involved grazing pastures on top of skyscrapers, stackable pod homes, underwater cities and 3D-printed homes. There will be cities in the sky powered by solar and tidal energy and buildings with their own microclimates. The lack of urban space will see people using more underground basement structures. Each major city will also have spaceports. After all, there has to be spaceports. It’s the future. The city imagining was heavily modeled after the issues we face today, like overpopulation, rising sea levels and global warming. Hence the denser urban containment, less labor-and-material-intensive homes, multipurpose spaces and structures built in harmony with the oceans and potential pasture space. It strangely resembles the hyper-condensed urban centers McHarg spoke of in the 1960s and 1970s. Granted, the science fiction writers of the 1960s figured we’d have space colonies by now, so this vision of the future is up for speculation. But it’s fun to dream.