How are major companies going green? 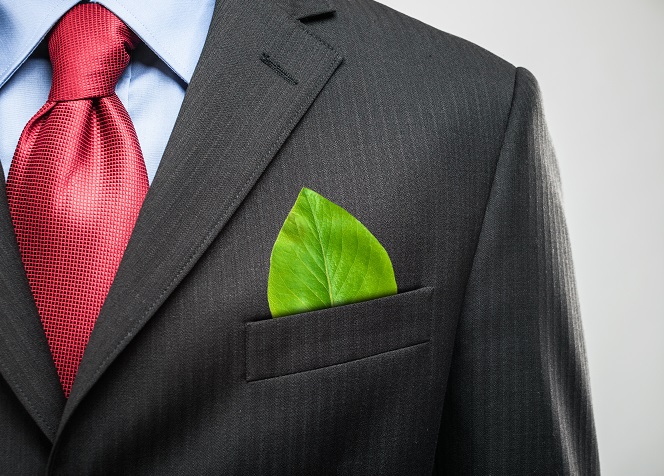 In 2015, conscious consumerism is bigger in the United States than ever before. The desire for natural and sustainably sourced food, textiles and other goods continues to rise and companies have taken notice. As Americans recover from the recession, they are becoming more willing and able to buy these products – even if the price is slightly higher. Choosing an organic apple versus a conventional one is worth it to a person who wants to avoid pesticides and eat locally. Here are some other green business trends that are gaining speed fast.

It’s also not enough that natural products are available – consumers want to know companies are acting ethically throughout their entire organization. The unfortunate truth is many people, specifically in developing countries, are being exploited by the large businesses employing them. Laborers often endure long hours of work in dangerous environments for little pay, putting them at risk for health issues and intimidation. With this in mind, more and more people are demanding transparency from corporate players – and bad press has led to these players acting fast to ensure offshore workers are safe and protected. In terms of transparency and sustainability, businesses are also opening up – either voluntarily or by force – about their environmental practices. A recent report found that palm oil, a common ingredient in many consumer foods, has a negative environmental impact on countries such as Malaysia and Indonesia by driving deforestation. Due to this, large food companies, including Cargill, are pledging to use only sustainably grown palm oil. A current UN pledge to end deforestation entirely by the year 2030 has been signed by corporate giants such as Wal-Mart, Proctor & Gamble and General Mills.

The Rise of The Sharing Economy

Consumer attitudes are also shifting away from traditional businesses towards the growing “sharing economy.” Ride-sharing companies such as Uber and Lyft allow people to find someone close to their location who can get them where they need to be – keeping pricing lows and proving contentious among large taxi companies. Many cities are also implanting bike-sharing services designed to encourage sustainable and healthy commutes. Credit and loan companies are also seeing a bit of a decline as more and more folks turn to crowd funding as a source of income for medical bills, housing or creative projects. Everything from Hollywood films to weddings is being paid for through crowd sourcing websites such as Kickstarter and GoFundMe. One company making news for crowd funding their green energy initiative may be a sign that other large corporations may be re-thinking their funding strategies as well.

In addition to producing goods and services naturally, companies are also beginning to offer unique health and wellness opportunities for employees across the board. With the overall goal of improved productivity and reduced stress, businesses are trying everything from lunch hour walking groups to on-site chiropractic services. Many companies are also trying to encourage more work-life balance by offering flexible schedules and education opportunities. Going green isn’t just about the Earth – it’s about the entire planet and all its living things and beings.