How to Recycle Asphalt

Doing a construction project? You can recycle that asphalt, so don’t toss it out. 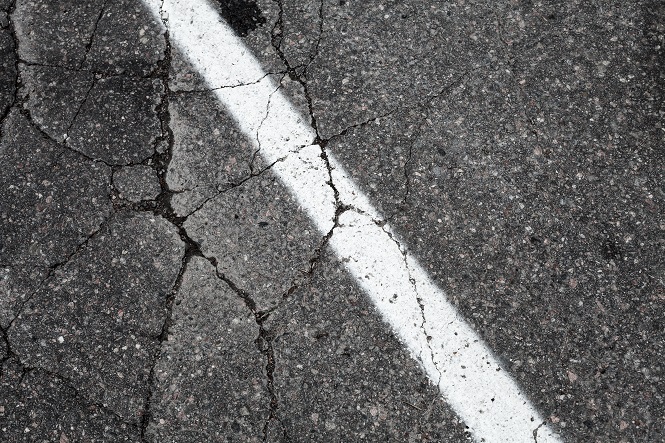 When you think of asphalt, you probably think of roads. But did you know that roofing shingles, tennis courts and the linings of fish hatcheries can also be made with asphalt? You may also think that asphalt is hard to recycle, but the exact opposite is true. Turns out asphalt is one of the most recycled materials in the United States. A report from the Federal Highway Administration showed that 81 percent of asphalt that was removed from road projects every year was recycled. Asphalt is very easy to turn back into the aggregate that is needed to create new asphalt, so there is a high demand for it. So how do you, as a homeowner, find a place to recycle asphalt? Read on for more details.

Asphalt is made by combining a binding material (called a bitumen) with an aggregate (such as rock, stone or sand). The aggregate is typically a petroleum product left over from refining crude oil into things like gasoline or kerosene (although scientists recently discovered a way to make it from corn stalks and other plant material). It is also possible to combine asphalt with recycled tires to make a product known as rubberized asphalt. Asphalt is also known as blacktop, tarmac, macadam, asphalt concrete and bituminous concrete. Asphalt has been around for a very long time; the Mesopotamians and Phoenicians used the sticky bitumen material to seal baths, water tanks and ships. The Babylonians were the first to use it for building roads. Scotsmen Thomas Telford and John Loudon McAdam (the namesake for the material known as “macadam”) used it to build roads and turnpikes in the 1800s. After that, the use of the material took off in Europe and beyond. It was prized for its ability to decrease dust and mud, especially in growing industrialized cities. Asphalt is used for a variety of surfaces including roads, driveways, airport runways, race tracks and playgrounds. Besides being long-lasting, asphalt reduces road noise, repels water, helps keep cars from skidding and is easy to maintain.

Why should you recycle asphalt?

In 2002, the Federal Highway Administration (FHWA) created a policy stating it would reuse and recycle asphalt and other materials used in roadways whenever possible. Frederick G. Wright Jr., the agency’s executive director, pointed out that part of the FHWA’s mission was to minimize their impact on the environment. There was some evidence that using recycling content in asphalt actually created a stronger product, which would allow them to meet another part of their mission: creating safe, lasting roads for Americans. Additionally, the FHWA realized that recycling asphalt could save them money, which could in turn give them more funds to repair existing roads and build new ones. This policy reflects the reasons recycling asphalt makes sense for everyone. The heavy, petroleum-based material takes up a lot of space in landfills and will never biodegrade. Mixing Reclaimed Asphalt Paving (RAP) with virgin asphalt has been shown to make the resulting product stronger than one made with entirely new materials. Putting some recycled material in the mix reduced the need for newly mined aggregate, which is always a good thing. Mining is water-intensive and tough on the land, so it is best to avoid doing it whenever possible. Throw in the carbon emissions that come from transporting material (especially very heavy rock) to a manufacturing plant and the environmental impact of the aggregate can be quite high. Using recycled asphalt also saves people money. As petroleum prices increase, so does the cost of asphalt. Using some recycled materials decreases the manufacturing cost, which is good whether you are a taxpayer funding a new highway or a homeowner building a new driveway.

How to recycle asphalt

Asphalt is part of a recycling category called “construction and demolition” (or C&D) waste. Concrete, wood, glass and building fixtures are also considered C&D waste. C&D waste is typically treated differently from normal household waste, which means it can be more difficult to find recycling centers. Contractors have the best access to C&D recycling facilities, so if you are working with one, talk to them about your options. Be clear with them before you hire them that recycling materials from your home is a priority, and make sure they have ideas about where to take your asphalt (and other items) for recycling. The first place you should look for an asphalt recycling facility is your local solid waste management district. A few counties have recycling centers that accept asphalt and C&D waste, but these are rare. However, your solid waste district may be able to direct you to a private company that accepts asphalt. Those are much more plentiful. RedStone Construction Group in Little Rock and Bolander & Sons in St. Paul are just a few examples of businesses that accept asphalt from individuals. RecycleNation’s Recycle Search tool can also help you find an asphalt recycler in your community. It is a good idea to make sure any asphalt you take to a recycler is free of other materials such as wood and metal. Also, if you are recycling asphalt shingles, make sure the recycler will take them and does not only accept pieces of asphalt paving.