How to Recycle Prescription Medication

Make sure you dispose of your prescription medications and their bottles responsibly. Find out how here. 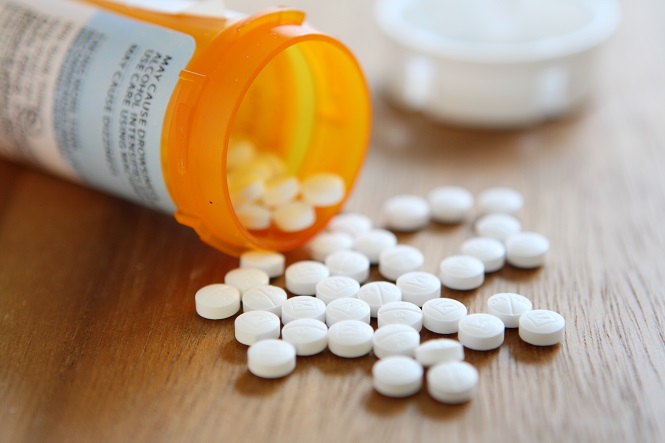 Why is it important to dispose of prescription medication properly

Some people believe the best way to dispose of old prescription medication is to flush it down the toilet. That is not the case unless your prescription specifically instructs you to do so. Even the best sewage treatment plants will not remove prescription medications from the water before they are discharged into rivers and streams. And while there is no clear evidence that prescription drugs can adversely affect fish and other wildlife, they can make their way back into human consumption, which intrinsically seems like a bad idea (it is worth noting, though, that the human body does not completely metabolize most medications and that traces of them leave our bodies in our urine. The majority of prescription drugs found in our waterways were actually consumed by people at some point). Hanging onto drugs indefinitely is not a good solution either. Old medications may not work properly after their expiration date, and you would not want to take an expired medicine by accident. In addition, you would not want to give someone who lives in or visits your house the opportunity to abuse those drugs. Many people believe that if a doctor prescribes a medication it cannot be that bad for you. They may use those pills to self-medicate – a very dangerous practice. And prescription drug abuse is on the rise, to the point where more people are abusing legal drugs than some illegal drugs. A study from the National Institute on Drug Abuse says that 20 percent of Americans have used prescription drugs for non-medical purposes at some point. According to the National Survey on Drug Use and Health, one-third of the Americans who abused drugs for the first time in 2009 did so with a prescription medication.

How to recycle prescription medication

Prescription medications, especially those that are expired, cannot be recycled for obvious safety reasons. Instead, they are burned in special incinerators that keep harmful substances from entering the air. But before that can happen, you have to find someone trustworthy to give your medication to. Luckily, government agencies and industry groups are making big strides toward dealing with the problem of prescription medication disposal. A growing number of cities and counties have permanent collection locations for unwanted prescription medications. In Columbus, Indiana, and Tampa, Florida, residents can leave prescription medications at the Sheriff’s Office during normal business hours. The federal Drug Enforcement Administration (DEA) recently announced a new rule that makes it easier for pharmacies and long-term care centers to collect prescription medications. Basic information about the rule is available here, or check with your pharmacy to see if they are participating. Now that the rule is in place, the DEA is no longer sponsoring the once or twice a year National Prescription Drug Take Back days that many people may be familiar with. You may also be able to mail unwanted prescriptions to someone who will destroy them. CVS offers a special envelope with instructions for returning your prescriptions through the mail. Note: These programs will not accept controlled substances like narcotic pain killers. If you need to throw prescription medications in the trash, the website Aware Rx recommends mixing your medications with an undesirable substance such as kitty litter or coffee grounds so people will not be tempted to pluck them out of the trash (or even able to identify them). Place everything in a sealable bag or empty can so the medications cannot dissolve and leak into the landfill.

How to recycle prescription medication bottles

Those little orange or red bottles that hold prescription medications can be tough to recycle too. They are made of #5 plastic, which most curbside programs will not accept (fun fact: The bottles are colored to help protect the medication from light, which can damage some prescriptions). See if your local recycling center has a #5 plastic collection center, or find out if anyone else in your community takes that kind of plastic. Many Whole Foods stores participate in a program called Gimme 5, which collects #5 plastic to send to a company called Preserve that makes consumer products from recycled plastic. Prescription medication bottles should not be reused to hold food, since some of the residue from your medications can linger in the bottles. You can, however, use them to hold household items like safety pins or hair clips. For more information on recycling prescription medication bottles, check out this article on RecycleNation.