How to Recycle Smoke Detectors

When your smoke detector starts to emit that faint blip noise signaling death, don’t worry – you can put it to rest nicely. Recycle it! 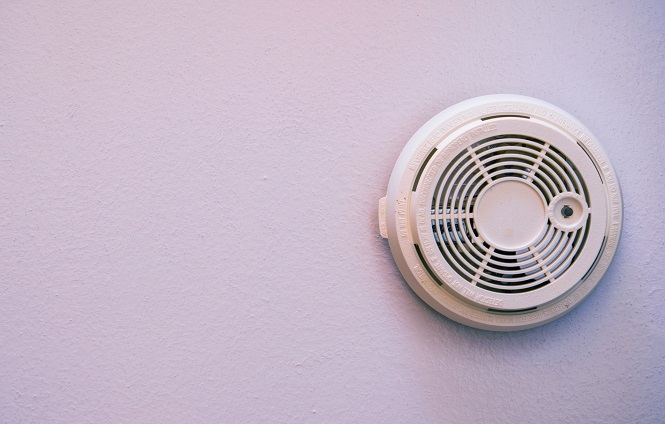 Smoke detectors are vital for your home. They could save your life if there is ever a fire. In many states, you are legally required to have them in a rental home. It seems like getting rid of a smoke detector should be pretty easy. Turns out it is more complicated than you might think. Many smoke detectors contain a small amount of radiation. Because of this, it is necessary to dispose of them through proper channels rather than placing them in the trash. We have all the information you need on how to recycle smoke detectors. We also have some tips on recycling carbon monoxide detectors, which are increasingly found in American and Canadian homes.

A few facts about smoke detectors

Smoke detectors sense smoke in your home and sound an alarm to let you know. Most of the time they are set off by food that got a bit too crispy in the oven or on the stovetop. But their true purpose is to alert you to smoke from a fire – especially in the middle of the night, when you might not be aware that a fire has started. There are two main types of smoke detectors used in modern homes. The photoelectric smoke detector uses a laser to sense smoke. The ionization chamber smoke detector contains a tiny amount of radioactive material that creates a chemical reaction in a small chamber if smoke enters it. These devices sense smoke more quickly and are the most commonly used type in the United States. It used to be that all smoke detectors were powered by a 9-volt battery. Increasingly, smoke detectors are wired into a home’s electrical system. This makes them more reliable, since you do not have to remember to test the battery. Many smoke detectors still contain a battery, but it is mostly there in case the electrical system stops working. Smoke detectors as we know them today were invented in the late 1930s and early 1940s. Ermst Meili and Walter Jaeger, two Swiss scientists, pooled their knowledge of early smoke detector technology to come up with the first ionization chamber smoke detector. Smoke detectors were not used widely until the 1960s. The old standard for detecting a fire in a building was a heat detector, but scientists showed that smoke detectors worked much better. Now you will find them in almost all homes and businesses.

Why should you recycle your smoke detector?

How to recycle smoke detectors

How to recycle carbon monoxide detectors