Innovations in Technology That May Change the E-Waste Game

With the lifespan of electronic devices growing ever shorter, some companies are searching for ways to slow – even halt – the flow of e-waste into landfills. 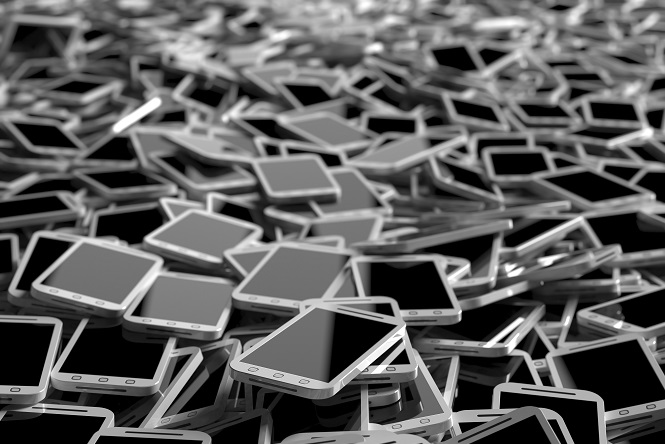 As the amount of wireless devices in the world continues to rise – items like cell phones, tablets and everything else – so does the amount of broken or undesired ones. Think about every time you get an upgrade on your phone plan – you may trade in your device for an upgrade, give it to a loved one or try to sell it. For all of the electronic devices in the world that are too old to sell or are broken beyond repair, they will most certainly end up as refuse called electronic waste – or e-waste. According to the UN, nearly 90 percent of all e-waste is illegally dumped or traded. Computers, phones and other similar products can contain toxic chemicals or heavy metals, which can seep into the soil or groundwater of where it ends up, endangering the planet and its inhabitants. Many communities do offer e-waste recycling centers, where citizens can drop off unwanted electronics and they will be safely processed. But what if there was a way to prevent e-waste altogether? More and more tech companies and start-ups are cognizant of the waste they are producing and its potential risks to the environment. Some device-makers are promising to use recycled materials when possible and also starting eco-initiatives to end the global issues surrounding e-waste. But a few companies are taking it a step further by designing technology that can be reused or upgraded on its own – without the need for a brand new device. One such start-up is PuzzlePhone, which is literally a customizable mobile phone that allows owners to get new OS updates, screens or even better RAM all on one device. The PuzzlePhone is easy to customize and each individual part can be upgraded according to the user’s individual needs. The company lists three main parts of the phone that can be swapped out: the Spine (display), the Heart (battery) and the Brain (internal electronics). Developed in Finland, it is hoped this open-source phone will grow in popularity, especially among consumers frustrated by traditional devices that tend to break or slow down easily. Another start-up out of South Korea is targeting the issue of lithium cell phone batteries ending up in landfills. Better Re (get it?) is a reusable smartphone battery pack that can last a lifetime due to its individual USB ports to charge tablets or other devices. Any removable battery can fit into Better Re and act as an external power source – virtually eliminating the need to buy new batteries for your device (which can also cost a fortune). The Better Re was initially crowdfunded on Kickstarter, with backers in 80 countries raising nearly $70,000, and is now available for pre-order on both its fundraising page and the Better Re website. It is hoped that companies like Better Re and PuzzlePhone will get more consumers and big tech companies alike to consider the real costs of wireless devices, both monetarily and environmentally. With the average person getting a new mobile phone every two years, products like these could extend the lives of these devices without users having to give up the new bells and whistles. Not only could these new companies help to drastically reduce global e-waste, but they could also help consumers (particularly in developing countries) stay sustainable and on the cutting edge.