Solar and Tesla Home Batteries: Moving Beyond the Hype

With the introduction of Tesla’s Powerwall, the company continues its quest to bring clean energy into the mainstream. 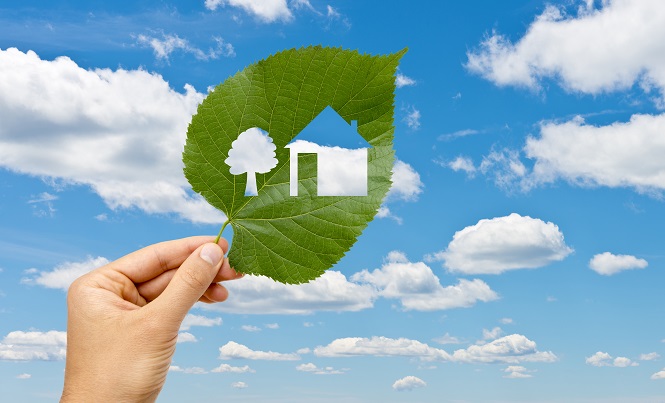 Powering your whole home with the rays of the sun seems like something out of an overly optimistic mid-20th century science fiction novel, where everything is clean, shiny and actually functions properly. Now, it’s a device you can buy for your home. Home batteries are the newest word in sustainable technology, and with good reason. Who wouldn’t want to break free from the clutches of overpriced electricity monopolies? Enter the Powerwall. But is it worth the investment, or is it just a passing trend?

The last word on the market right now in terms of solar home batteries is, of course, Tesla. It announced the Powerwall in Los Angeles this past April, and you can currently reserve one on its website. Installations are slated to begin this summer. The battery can store electricity generated from solar panels, so that you can power your home even at night. According to Tesla, “Automated, compact and simple to install, Powerwall offers independence from the utility grid and the security of an emergency backup.” The battery also works as a sort of back up generator when there is an electric outage. It will be completely automated, and once installed, requires no maintenance, supposedly. Tesla does have a good track record with batteries, as proven by its all-electric cars. The lithium ion battery in Powerwall takes the battery technology out of the car and puts it in the home. The large box that looks like an oversized, sleeker thermostat contains some serious tech. Tesla stated, “Contained within Powerwall’s outdoor-rated enclosure is a rechargeable lithium-ion battery, a liquid thermal management system, a battery management system and a smart DC-DC converter for controlling power flow.” The Powerwall comes in two models: 10 kWh weekly cycle and 7 kWh daily cycle. Multiple batteries can be combined for higher energy needs. The whole system comes in three parts: the solar panel component, the home battery itself and an inverter. The solar panel is installed on the roof to turn sunlight into electricity. The home battery stores the electricity and the inverter turns the electricity derived from the solar panel or stored electricity from the battery into the alternating current that powers the devices in your home. A second option is to just install the battery and the inverter alone. The battery will then pull power off the electric grid during low usage (and therefore cheaper) times and store it for use later.

Ok, it’s shiny and fun, but what is the real cost of this thing? The batteries themselves will run about $3,500 for the 10 kWh model and $3,000 for the 7 kWh model. Solar panels are a completely separate cost and can range up into the tens of thousands of dollars, although you should make sure to get multiple quotes. The inverter runs about another $2,000, plus installation costs. It’s exciting, but rest assured, it will take some serious financial planning. Also, be sure to watch out for tax credits, some of which will pay for quite a bit of the product. Often these will vary by state. On the federal level, the Residential Renewable Energy Tax Credit gives a 30 percent rebate for solar technologies and is active through 2016. The cheaper upfront option, of course, is to use the battery hooked up to the electrical grid, where it will draw electricity at the lowest peak time when rates are lower and use that energy later when rates are higher. However, for an installation and price point ranging in the thousands of dollars, you’d have to crunch some serious numbers to see if the eventual energy savings outweighed the cost of the battery, the inverter and the installation. And that’s assuming the electric companies don’t wise up to this technology and just charge high rates all day, but that could just be my inner pessimist speaking. So the true might of this product seems to lie in its working relationship with solar panels. The solar/battery option is especially powerful if you charge an electric car at home, or plan to in the future. You’ll then be able to fuel your car completely off the grid.

You may hear the name SolarCity knocked around a lot when looking at home batteries. But who are they? The company has a close working relationship with Tesla. So close that Tesla’s CEO, Elon Musk, is also a chairman of SolarCity. It’s Tesla’s partner in crime when in comes to getting the world to move past current electrical companies. SolarCity sits as America’s largest solar provider, with operations in 17 states. You can find out more about future expansion plans here. Last April, Solar City announced plans to incorporate the Tesla home battery into its system, stating that homes will now be able to be their own “stand-alone, off-grid power supply.” The Tesla battery will also be added to SolarCity’s GridLogic microgrid system, which allows communities, including hospitals and military bases, to have dependable power even when the electrical grid is down. It will also be added to SolarCity’s DemandLogic system, the business energy-storage system, for greater amounts of stored solar electricity. SolarCity also stated in its press release, “A distributed network of solar power systems and energy storage devices can also make renewable energy available on demand to utilities and their customers. In the future, distributed solar and storage resources are likely to become marketable assets, and homeowners and businesses may be able to collect revenues by providing self-generated, clean energy to others.” In other words, SolarCity wants us to be able to sell electricity to other businesses and individuals, as well as back to the utility companies. “Forbes” called the Powerwall “another toy for rich green people.” Taken by itself, the Powerwall battery could just be another fad or “toy,” depending on how high your current energy rates are. But on the whole, Tesla and SolarCity are trying to make a whole new clean energy system free from power outages, high electric bills and difficult-to-maintain electrical grids.