The 3-D Printer: A New Recycling Tool for Astronauts, and Homeowners?

Recycling in space? 3-D printers in the home? What is going on? 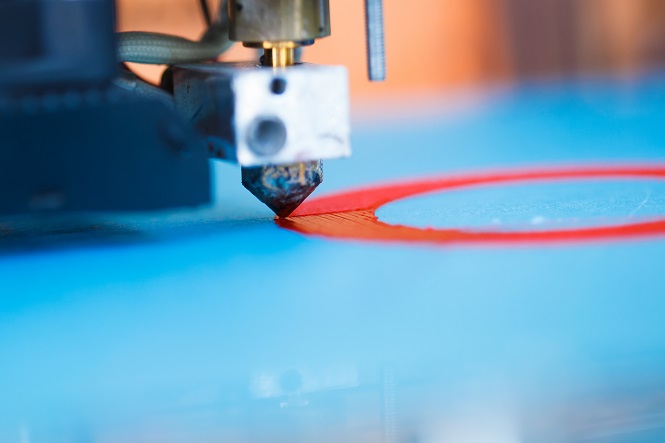 There are approximately 10,000 Ziploc bags floating around in space, according to the Christian Science Monitor. Courtesy of NASA, the crew up there above our planet has a lot of cleaning up to do. However, one company already has a plan to tackle the job. Made in Space, which was responsible for sending the first 3-D printer into our atmosphere, intends to launch a special printer up there in the near future for recycling purposes. Jason Dunn, the founder and chief technology officer of the company, says the printer is entirely controllable from the ground. This means that the space crew won’t have to worry about doing much clean-up, after all. Dunn told the news source his overall goal is to make living in space “more sustainable.” The recycling printer has been named R3DO, and it will be functioning in space within the next year-and-a-half. Dunn went onto say that the existing 3-D printer in space makes repairs and adjustments more possible for the crew. But what exactly is 3-D printing, and why are astronauts suddenly using it?

The Basics of 3-D Printing

The basis of 3-D printing is centered on the creation of three-dimensional objects, derived from a single digital file, according to 3DPrinting.com. The process involves combining successive layers of a material until the entire object is formed. Typically, a file is created using Computer Aided Design. A 3-D modeling program may be used to develop a new object, or a 3-D scanner could be used to create a copy of an existing item. The average 3-D printer can range from hundreds of dollars to hundreds of thousands of dollars. The higher-end models are usually found in the manufacturing industry, while the lower end ones are dedicated to everyday consumers. Some small scale models are used by businesses. Over the product’s 23-year history, the industry has grown by 26.2 percent, according to Wohlers Associates.

The Rise of Recycling in Space

R3DO is not the only device geared toward recycling in outer space. In fact, Tethers Unlimited made news back in April 2015 when it was given a contract from NASA to create a recycling program for the International Space Station, according to 3D Printing Industry. The Washington-based company is working on a device called Positrusion. It will convert plastic waste from ISS into 3-D printer filament. In turn, it can be used to make replacement parts for the space station, as well as satellite components and tools. “Positrusion is a new approach to making 3-D printer feedstock that produces filament with much more consistent diameter and density than traditional extrusion processes,” Jesse Cushing, TUI’s principal investigator for Positrusion, told the news source. “That consistency will improve the quality of tools and other parts produced by 3-D printers on the station.” However, Positrusion is just one piece of TUI’s bigger 3-D printer, SpiderFab. Together, all of these devices will allow the printing of items such as solar panels and antennas. “Our long-term goal is to create the capability to construct the habitats, spacecraft and other infrastructure necessary for exploration and settlement of the solar system using raw material launched from Earth as well as resources available in the space environment,” TUI CEO and Chief Scientist Rob Hoyt stated, following the contract news from NASA.

Recycling with 3-D Printers on Earth

Let’s face it, your odds of taking a quick trip into space soon are likely not very high. That being said, it may be worth examining how 3-D printers are having an impact on recycling here on Earth. Engineering and physics students at the University of British Columbia in Canada made news in March 2015 when they debuted ProtoCycler. The device is geared toward grinding up plastic waste and turning it into a spool of plastic filament. In turn, the filament can be used in the printer to create everything from food containers to plastic bottles. “We were concerned about the amount of plastic waste generated in our engineering projects, so we looked for a way to recycle that plastic back into usable filament,” said Dennon Oosterman, one of the students who created ProtoCycler. However, these students aren’t the only ones making headway in the 3-D printing industry. Dutch filament manufacturer Innofil3D and CiorC partnered up in earlier in 2015 to create a sustainable 3-D printing filament, according to 3ders.org. “CiroC and Innofil3D enable makers to print any product based on a responsible and more sustainable InnoCircle recycled PET filament,” said Jan Willem Slijkoord, the owner of CiorC. But why are more people considering 3-D printing for recycling purposes?

About 33 million tons of plastic waste were generated around the world in 2013, according to the Environmental Protection Agency. In the same year, 14 million tons of plastic waste used for containers and packaging were created by the U.S. Plastic recycling varies according to type, but back in 2012, only 9 percent was recycled. It’s easy to see that there continues to be a problem in regard to the reuse of these in-demand materials. Sustainability experts believe if 3-D recycling was more accessible to individuals, particularly at the residential level, there would be a boost in this amount. Recycling close to home would naturally be more efficient compared to curbside recycling, according to Spark. However, there’s still price to take into consideration. For example, the EKORECYCLE Cube printer begins around $1,200. However, it prints a flexible filament that can be used to create a wide range of plastic-based items. For now, it seems that 3-D printer ownership is still reserved for those with the big bucks to spend on these innovative devices. However, there’s evidence that the industry is continuing to evolve with each invention that hits the market. For initiatives launched by organizations, such as NASA, the 3-D printing revolution is a welcome one. Only time will tell how long it will take the market to extend to mainstream consumers.