8 Reasons Why You Should Start Caring About Rising Sea Levels

New studies continue to show that sea levels are rising. How does this affect you? 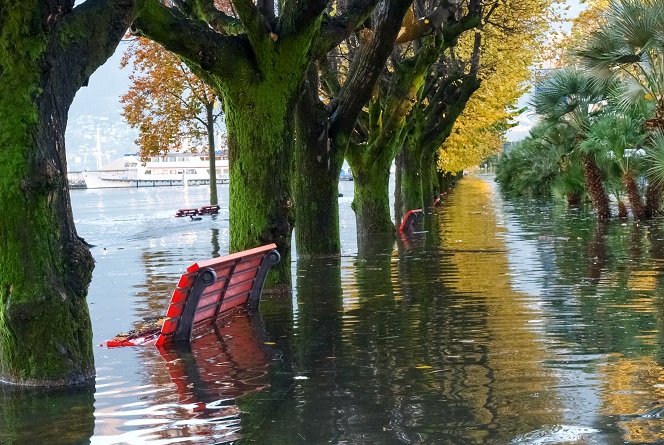 As the sea levels around the world continue to rise, some people are still having a hard time believing in global warming and its effects. Others have the attitude of, “I won’t be around to see the impact, anyway.” In all of these cases, there are significant reasons for why we should care about what’s happening to the planet’s bodies of water, glaciers and ice shelves. If you’re still questionable on the matter, here are the eight key reasons why rising sea levels could cause problems for you well before the end of your lifetime on Earth.

In August 2012, the Arctic sea ice extent hit a new record low that was set back in 2007. It has continued to decline, dropping below 1.5 million square miles. This represents a 45 percent reduction compared to the 1980s and 1990s, according to ClimateCentral. The Arctic may be really far away from you, but the impact of this melting sea ice can be felt around the world. As a result of the melting, the jet stream (which impacts weather) has become more amplified in the north-south direction. More extreme weather can be blamed on this change, according to Jennifer Francis, at atmospheric scientist from Rutgers University. “It’s like having a new energy source for the atmosphere,” Francis told the news source, citing the sea ice loss and boost in heat.

The most at-risk countries for frequent flooding (according to total population) by 2100 include China, Vietnam and Japan, according to CNN. The United States is eleventh on the list of the top 20 countries, followed by the United Kingdom. The risk of regular flooding is directly tied to rising sea levels. Currently, countries such as Bangladesh would not be able to handle a slight rise in sea levels. An increase of just three feet would submerge more than 10 percent of the country.

By 2050, cities that are located in coastal areas prone to flooding could lose $1 trillion each year. This puts cities, such as Miami, New York and New Orleans at particular risk of suffering economically. The most at-risk city in the world is Guangzhou in China, located along the Pearl River, according to the World Bank.

4. Living by the sea may not be an option in the future.

However, the “future” is not that far off – think within the next 20 years. Government agencies and businesses are already taking rising sea levels into account, according to the Union of Concerned Scientists. Local and state governments are considering prohibiting new roads and construction close to the water. Sea levels, as well as more extreme weather, could make restoration and maintenance too expensive for the community. “[Sea-level rise is] going to happen to every coastal area around the world, not just here and there,” Coastal Scientist Michael Kearney told the news source. “Some communities are drawing up plans to move forward.”

Both animals and plants that rely on cold weather to survive in areas like the Arctic are seeing their homes disappear. Up to one-fourth of all plants and animals on the planet could go extinct if the Earth continues to warm over the next 100 years, according to the U.S. Environmental Protection Agency. Because plants and animals tie into one eco-system, they each have a direct effect on one another. The extinction of one could impact a different species, and the impact would snowball over time.

Beaches are where many people make their homes, but they are also big business areas as well. When rising sea levels consume coastlines, commerce and tourism is directly impacted, according to the EPA. On the other hand, rising temperatures would affect those at higher elevations as well. For example, warm weather would quickly melt snow and shorten winters. This would result in shorter ski seasons, limiting commerce in communities that rely on tourism income.

7. The risk of water contamination may increase.

Rising sea levels could result in salt water intrusion. This would mean that ocean water could contaminate groundwater supplies. In turn, this can result in water contamination, according to the State of Oregon. Salinity could travel further upstream as a result of rising sea levels. This would bring destructive organisms, such as barnacles, with it toward fresh water. Wooden structures would suffer as a result of these organisms. If salinity impacted the mixing and flushing rates of an estuary, pollution would increase. Salt water would also threaten nearby wetlands and potentially cause damage to the local ecosystem.

Because salt water would begin to dominate the overall freshwater supply, it would become more challenging for farmers to irrigate their crops, according to Business Insider. Saltwater is known for stunting and killing crops. However, desalination costs an ample amount of money – it’s so expensive that it would not be feasible for farmers over time. Rising sea levels and water contamination could hit the agricultural industry hard. Some of these reasons may have you downright fearful of the future. However, there are a few ways that countries are beginning to combat the impact of global warming. Burning less fossil fuels is one, according to TakePart. Reducing the amount of methane, tropospheric ozone, hydrofluorocarbons and black carbon in the atmosphere could prevent the rise of sea levels by up to 50 percent. However, it is undoubtedly a worldwide effort when it comes to preventing skyrocketing sea levels. As weather becomes more extreme, people around the globe will not be able to ignore the impact of pollution. Will this encourage more countries to take part in reducing carbon emissions? Could it save some of the world’s most dominant coastal cities? Only time will tell how far humans are willing to go for the sake of the planet.