A Circular Economy: Working Toward a Sustainable Lifestyle

You can become part of the circular economy – in your own home. 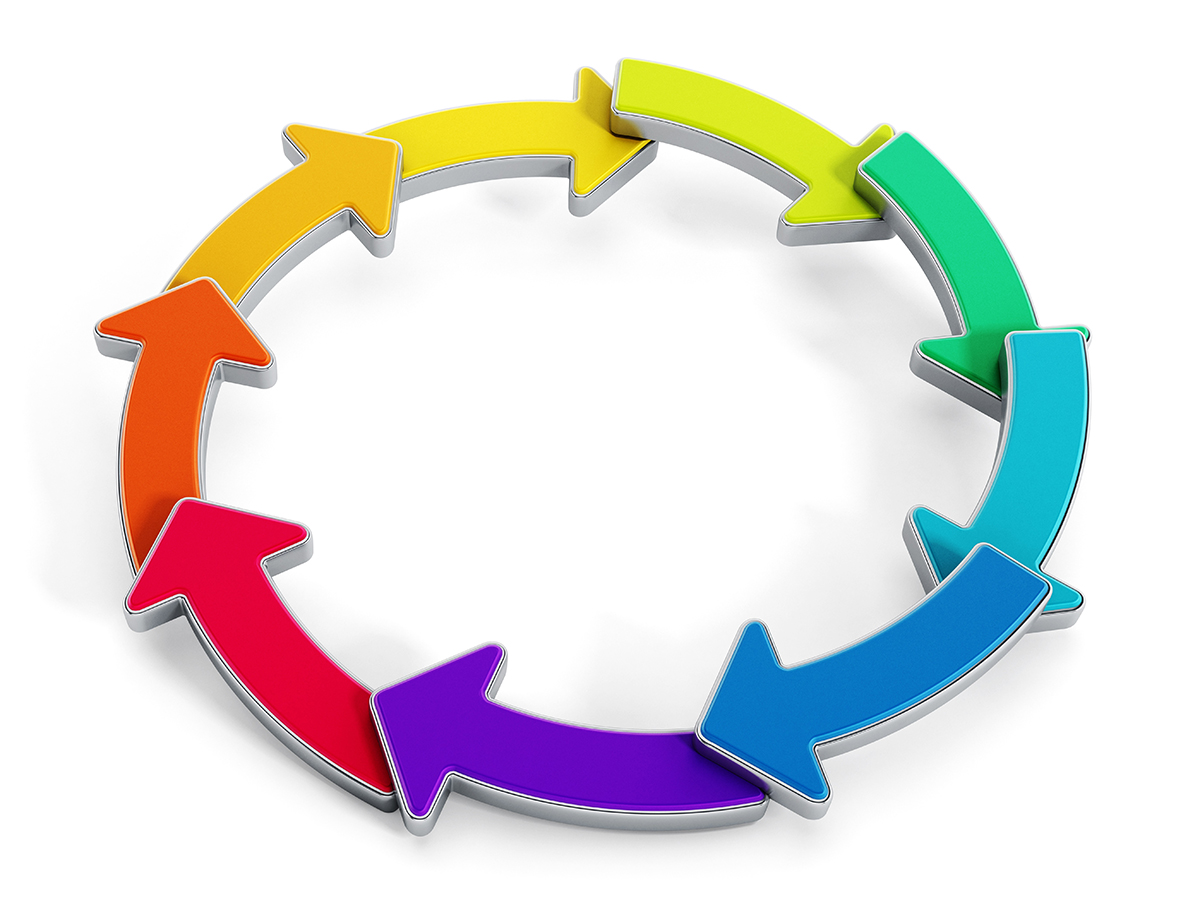 A circular economy is one term you may have heard of before if you’ve researched environmental or recycling issues, but what is it? Furthermore, how does it apply to the planet and its resources? More communities around the globe are adopting this type of economy, but it’s about more than just recycling cans and bottles for a brighter future.

The Basics of a Circular Economy

A circular economy can be defined as one that rebuilds capital (this can be natural, social or financial) through the continuous flow of technical and biological materials, according to the Ellen MacArthur Foundation. Because of its circular, closed-loop design, the system is naturally restorative. Take the average computer user, for example. He or she purchases the computer, then maintains it over its lifetime. Once it’s no longer functional, the user either recycles or refurbishes the computer. The materials eventually make their way back to a manufacturer, which finds a new way to use them. One day, they may form a new computer that makes its way into the hands of a different user – hence, the circular economy design.

The first concept of a circular economy was thought to have been introduced by John Lytle and Walter Stahel, two environmental scholars, back in the 1970s. However, awareness of its benefits did not come to light until the turn of the century, according to The Guardian. “Rubbish,” a book written by Richard Girling in 2005, showed 90 percent of raw materials used in manufacturing become waste before the end product is distributed. About 80 percent of the items that do leave the manufacturing facility are thrown away within the first six months. It’s this waste that had people rethinking the concept of a circular economy. The belief is that a circular economy could separate economic growth from the overuse of resources. Analysis has shown that moving toward this type of economy could add $1 trillion to the global economy by 2025. Additionally, 100,000 new jobs could be created within the next five years.

One example of large changes being made pertains to the European Commission. The Commission stated it is scheduled to release a new “ambitious” circular economy strategy by the end of 2015. The goal is to “transform Europe” into a more competitive, resource-efficient economy, according to the Commission. “The Commission is engaged in a thorough reflection on how the objective of circular economy can be reached in an efficient way that is fully compatible with the jobs and growth agenda,” the group has stated. “The new strategy will include a new legislative proposal on waste targets, taking into account the input already given to us during public consultations, and by Council and in Parliament, in particular the comments made by many that the previous proposals needed to be more country-specific.” On June 25, 2015, approximately 700 delegates came together to participate in the Stakeholder Conference on Circular Economy.

You might be interested in the idea of contributing to a circular economy, but is it possible? The fact of the matter is that you can create your own circular economy by making a few changes to your everyday life. First, it’s worth taking a step back to grasp the concept of a linear economy. This open-ended design is the opposite of a circular economy. In short, it involves utilizing resources and materials to create products without a plan for them once they’re spent. Let’s go back to the initial example of an average computer user. In a linear economy, the manufacturer would produce the computer and discard of its created waste (rather than recycle). The user would utilize the product, and then discard it in a landfill once it begins to exhibit mechanical problems. Components of the computer would not be recycled, but rather left in a landfill, where some of its materials may negatively impact the environment. In a linear economy, there is typically no reuse or regard for the efficiency of the manufacturing process.

There are little ways you can begin to change your lifestyle to incorporate the concepts of a circular economy. To start, it’s important to understand the closed-loop design. This means that you should always be striving to reduce wastefulness and integrate resources back into the economy. One easy way you can do so is by recycling. Going beyond recycling cans and bottles is essential – you need to start thinking about the lifespans of products, such as televisions, laptops and gaming systems. Then, you can develop ways to ensure that they do not end up in landfills. Take your smartphone, for instance. Once it’s time to say good-bye to your phone, see if its manufacturer will take it back for recycling purposes. Some retailers, such as Best Buy, also offer to take in electronics to ensure they are not inappropriately discarded into landfills. Another key component of a circular economy is using resources that do not strain the environment. The burning of fossil fuels and carbon emissions inhibit the overall objective of creating this type of economy. You can reduce your contribution to a linear economy by utilizing renewable energy sources. Taking advantage of solar energy, for example, is one way to reduce your carbon footprint. However, it’s worth considering the smaller moves you can make around your house to be less wasteful. For instance, opening a window instead of using your air conditioner can reduce your electricity and energy use. Composting can help you fertilize your plants and put your food waste to good use. Energy-efficient lightbulbs can cut your electricity costs as well. Creating your own circular economy may be easier than you think if you already live a sustainable lifestyle. By adding a few of these steps to your daily routine, you can work toward a less wasteful existence. In the end, you’ll also play a part in the reduction of landfill waste and the overall preservation of our planet.