One man’s trash truly can be a treasure to eco-friendly companies on a quest to repurpose discarded items. 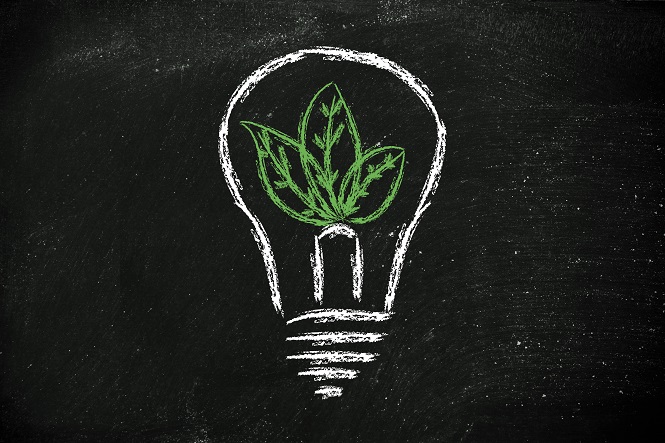 Who knew? That gaudy garment or old, worn-out tire that was just taken off your car could go from an item destined to populate your local landfill to a repurposed decoration or accessory that truly gives meaning to the phrase “a whole new lease on life.” Think of it as the ugly duckling fable, just applied to inanimate objects The above transformative notion might sound far-fetched and pie-in-the-sky, but it’s not. It’s part of a growing trend, and it’s known as upcycling.

Piggy-backing off the concept surrounding recycling, the similar-sounding upcycling takes the conservation mindset to a whole new level. Not only are unwanted items spared from landfills, they also give recycling centers a bit of a breather. The folks at Hipcycle break down the details of what upcycling specifically entails, and as they aptly point out, it does not include unraveling a clothes hanger to break into your car and retrieve your keys! “Upcycling gives an item a better purpose,” the site’s authors write. “And while jimmying the lock on your car is giving that hanger a new purpose, it’s not necessarily better or more useful. And the mangled hanger is likely destined for the trash, which is the opposite intent of upcycling.” Hanging onto that concept of a metal wire, Hipcycle’s authors give an example of how it could be upcycled: stretching out the wire, tying strips of plastic bag around it and making a wreath. While recycling and upcycling are each considered eco-friendly, upcycling differs significantly from its green counterpart. The more traditional method of recycling keeps unwanted items out of landfills, of course, but consumes energy and resources. Upcycling, by contrast, is just a simple refashioning of an existing item.

There once was an old Jet Blue uniform …

Still not on board with the concept of upcycling and its true intrinsic value? Here’s an interesting piece from WCVB-TV in Boston that might open your eyes. New England-based airline carrier JetBlue performed a highly unorthodox act when it decided to freshen the professional appearance of their flight attendants. Thousands of new uniforms were purchased in 2014, but that meant getting rid of thousands of old uniforms at the same time. Instead of sitting idle in a closet, never again to be used for its once-intended purpose — or worse yet, wind up lining a landfill — JetBlue did something unique. Through a partnership with Manhattan Portage, a company based in that Big Apple that specializes in selling apparel, the old uniforms have been repurposed into an assortment of items, including backpacks and toiletry bags. Manhattan Portage is marketing the repurposed items as “limited edition,” and they apparently have been selling at a rapid clip. In a video explaining the partnership with Manhattan Portage, Sophia Mendelsohn, head of sustainability with JetBlue explained the rationale for the partnership: “When we decided to change uniforms, we were still sentimental about the old ones,” she said. “We wanted a new look, but the old (uniforms) still carried our history, and that’s when we reached out to Manhattan Portage. It made perfect sense for our two brands to work together.”

Upcycling is leading to entrepreneurial opportunities

While still an emerging concept, upcycling is catching on. In fact, upstart companies are being birthed out of the concept. Entrepreneur magazine profiled one such business, Looptworks, which is based in Portland, Oregon – ground zero for all things green and sustainable. Fittingly, Looptworks was founded in 2009 amid the economic recession – a time when consumers were tightening the wallets and thinking along more thrifty terms. In the Entrepreneur piece, Scott Hamilton, CEO and co-founder of Looptworks, said he and his co-founders created the company in response to what he described as “pre-consumer excess.” “There’s a plethora of people looking into different angles in different industries,” Hamlin is quoted as saying in the article. “The opportunities in upcycling are fascinating.” Hamlin, who has expertise in the apparel industry, said there are a number of plausible reasons to consider upcycling. He readily points out 400 gallons of water are used to create an organic cotton T-shirt. Most of Looptworks’ product line is clothing related, though a number of accessories – including jewelry and home décor – are in the product line mix as well.

One person’s trash can mean cash to a green-minded company. TerraCycle, which uses the clever tagline, “Outsmart Waste,” is one such company. As noted in this piece on the website Triple Pundit, TerraCycle got its start by transforming worm poop into fertilizer. But the company’s mission statement and portfolio of services has evolved to the point it has branched off into other eye-catching arenas. As the company has evolved, TerraCycle has been noted for transforming discarded drink containers into what the company unabashedly and proudly characterizes as “consumer bling.” Other products that have undergone a metamorphosis through upcycling efforts include messenger bags and notebooks. While a company such as TerraCycle is doing a good deed by protecting the environment, it also is making plenty of its own green. The business model is such that the company acquires waste that essentially has no value and converts it into a premium product that can be sold at a rather high price. But companies specializing in upcycling also are profiting because they are helping realize plenty of operational efficiencies. When a discarded item is upcycled, for example, there is no longer a need to pay a trash hauler. Vreni Hommes, who authored the Triple Pundit piece, finds plenty of reasons to cheer about the work TerraCycle and its ilk are undertaking. “The upcycling trend is doing something more,” Hommes writes. “It is raising people’s awareness about the growing problem and motivating them to change their behavior.” The big winner in all this, of course is the environment. As Homes notes, “As more trash is upcycled, less trash is ending up in landfills.” That’s a scenario worthy of several rounds of applause!