When was the last time you saw the stars in the night sky? 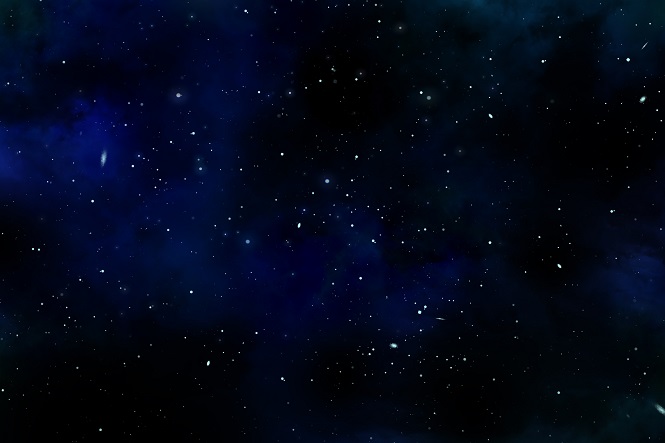 When I was a kid, I really only had one desire. OK, two, if you count ice cream. Ice cream is delicious. The other desire, though, was the one that was gonna take me places. Faraway places that no human had ever seen before. That’s right. I was gonna be a rocket scientist! No, not an astronaut. I mean, astronauts are cool and all, but I wanted to go full-on Zefram Cochrane and build the ship before I flew it. I wanted to be an explorer. I wanted to travel to strange and unusual places, meet strange and unusual creatures, and possibly have epic laser battles with them, because I was an eight-year-old boy and that’s what we think about. But mostly, I just wanted to see the stars. When I decided on this particular life ambition, I was living in El Paso, Texas. I was surrounded by just over half a million people in a bowl between mountains. I couldn’t see the stars if I had to. Since then, I’ve moved to smaller towns. My dream of building a spaceship has fallen by the wayside, a product of growing up. But my love of the stars (and ice cream) hasn’t changed. As much as I love to walk outside and smell the clean air of small-town America, it makes me even happier to just look up and see the Milky Way strung across the sky. I like to sit out and imagine what the sky looked like before there were lights everywhere, how many stars must have been visible. It couldn’t have been anything less than breathtaking. It’s no wonder the ancients told stories of heroes getting placed among the stars for their great deeds. But now those heroes are disappearing. They’re fading from the night sky just as surely as if they’d never been there.

How Light Pollution Hurts Us

It’s not just the dead mythological heroes that we have to worry about, though. In the scant 136 years since Edison “invented” the light bulb, we have straight gone nuts with it. In some places, especially big cities, we’ve literally erased the night. We have 12 hours of sunlight, followed by 12 hours of artificial light. And not just on our roads or our yards or in our houses. The glow from our cities spreads up into the atmosphere, carried on dust or water vapor in the air, spreading our electric love across the countryside. Now, 99 percent of American and Europeans live in areas that are considered light-polluted. And that’s not good for us. See, we’ve spent 3.9 billion years of evolution taking in light during the day and not taking in light at night, so much so that our bodies have adapted to that process. Now we rely on it for everything from our sleep cycle to our metabolism. During the day, light comes in through our eyes and activates our circadian rhythm. Our bodies say “Hey, it’s light out! It must be day time! Let’s do stuff!” Our bodies are very easily excitable. So, to settle down, they need darkness, which releases melatonin and induces sleepy time. If we don’t have that darkness, we suffer sleep disruption, which Science currently thinks is one of the worst possible things ever (and carcinogenic). That’s right. Your neighbor’s stupid driveway light that shines in through your window all night is giving you cancer.

How Light Pollution Hurts the Environment

OK, so, maybe your neighbor is trying to kill you. But let’s try not to make this all about you, OK? What about the animals? Believe it or not, we weren’t the first species on the planet to use the stars for navigation. On their yearly migrations, birds don’t just rely on magnetic fields to get where they’re going. They also use the stars and moon. When they fly through densely-populated areas with strong urban glow, they lose sight of their stellar landmarks (skymarks?) and get disoriented. Sometimes they just fly in circles until they can’t anymore and die from exhaustion. When adorable little baby sea turtles hatch, they like to make a run for the ocean under cover of darkness so they don’t get eaten by cuteness-hating seagulls. But, like all babies, they’re easily distracted and sometimes wander toward lights inland, where they’re caught in the open by the sunrise. And just like vampires, that almost never ends well. Other species forage, hunt or mate when it’s fully dark. But if it’s never fully dark, they’re less likely to come out and take care of bidness. And we can’t even begin to count the number of insects that lose their lives chasing the artificial suns we create for them. But it’s not just the ambulatory species that suffer. Every kid learns in biology that plants take in carbon dioxide and give off oxygen. That’s how we’re able to breathe and why it’s super bad to cut down forests and stuff. But what you probably don’t remember is that eating CO2 is a strictly daytime function. At night, when they’re not taking in light, plants respire. They take in oxygen and give off CO2. This allows them to convert the food they made during photosynthesis into energy so they can grow. Growing is apparently a vital part of a plant’s life cycle. But it can’t do that if it can’t go to its dark place. No species on the planet, ever, has evolved to thrive in constant light. Thomas Edison has literally broken the entire world. What a jerk.

What Can We Do About Light Pollution?

Well, for starters, we can turn off some lights. Only light places, particularly outside ones, if you’re using them. Attaching motion sensors to your outside lights can help with this. You’ll only get light when and where you need it, and they’re a decent security feature. Replace your outdoor lights with sky-friendly LEDs. Not only are they more efficient, but they’re designed to reduce light pollution by keeping the light pointed at the ground where it’s actually needed, rather than at the sky, which already has stars for that. There’s a pretty big push right now to have dark skies declared a natural resource, which would spawn conservation efforts. Head over to the International Dark-Sky Association’s website and give it a look. The more we work to conserve our night, the better off every single living thing on the earth will be. And when the stars are visible again, more kids will dream of building spaceships. Eventually, one of them will do it and I plan to be there to write about it. So if you won’t turn off the lights to save the baby sea turtles, do it for my dreams. P.S. Happy belated birthday, Nikola Tesla!