Aloe vera, lemon and many other earth-derived items can work wonders. 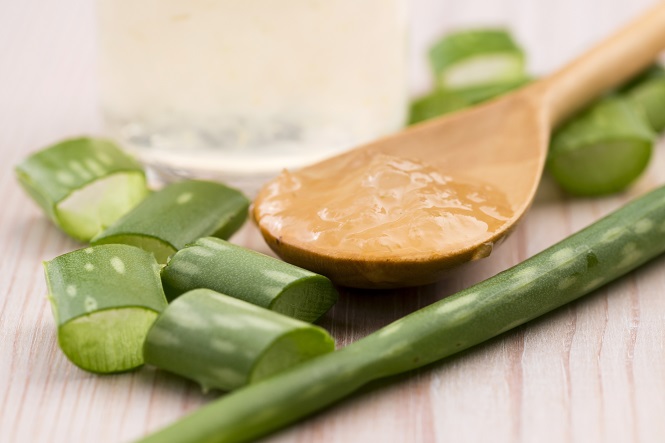 With summer in full swing, we naturally want to leave our cozy indoor confines and migrate outdoors to soak up all the warmth and outdoor wonder. But spending time beneath the sky, sun and stars means sharing it with all creatures great and small. Such annual rights of passage as camping and hiking, of course, greatly increase the likelihood of interacting with some of our planet’s smallest beings – the kind that buzz, pester and, yes, bite! Despite numerous precautions, bug bites are seemingly inevitable. While most of these unpleasant encounters are fairly benign, they are still unpleasant. Scientists constantly uncover new bug species. There currently are more than 3,000 different species of mosquitoes alone that populate the planet. In the U.S., there are more than 200 known varieties in different parts of the country. After an unpleasant encounter with mosquitoes, flies, bees, wasps and any other insect that leaves its mark, the question of what to do with that red blotch obviously enters the equation. While there have long been numerous over-the-counter sprays and solutions, many contain chemicals that could leave a lasting mark on the planet. The good news: There are many eco-friendly natural remedies to bug bites. Even better news: Many cost little to nothing, meaning no painful marks on your bank balance.

You’ve been bit. Now what?

Donna DeForbes laid out more than a dozen natural remedies to bug bites on the parenting website Eco-Mothering. Many of the suggestions are very simple and worthy of inclusion on your camping checklist. DeForbes’ roundup includes baking soda paste, basil, lemon, peppermint toothpaste and banana peels. All of these items include natural ingredients. Isn’t it interesting how so many of the items we find directly on the planet provide nourishment and soothing relief? Go figure! Not surprisingly, the ever-wondrous aloe vera plant also made DeForbes’ list. The leaves extracted from an aloe vera plant are long believed to have soothed a number of skin-related ailments. Through various studies, scientists have found each leaf of this plant contains 130 active compounds and 34 amino acids that benefit skin. One item on DeForbes’ list that caught my eye was tea tree and lavender essential oils. “The antimicrobial properties of tea tree and lavender make them natural healers of various skin ailments,” DeForbes writes. “Whereas chemical ointments may burn the skin, essential oils – especially lavender – soothe it. Tea tree also fights cuts, burns and infections. Both essential oils can help reduce the swelling of a bite.” Another helpful treatment, according to Megan Hirt at Mother Earth News, might seem just as pesky as bugs themselves. But Hirt says plantains – common weeds that sprout up in yards – can sooth bug bites and stings. Plantains are marked by the five parallel veins that run through the plant’s leaf system. Joseph Mercola, a doctor and author who frequently touts the virtues of alternative and holistic medicine, lists on his website a number of personal recommendations – many coincidentally beginning with the letter “C.” Mercola’s list includes chamomile, cinnamon and cucumbers. The doctor also includes on his list the lesser known neem oil. He explains its benefits as being “effective against fungal conditions, boils, eczema and ringworm. It would undoubtedly help an insect bite as well.”

While this article primarily addresses the after-effects of bug bites, I would be remiss if I did not delve into preventative measures. While it essentially is impossible to guarantee against a bug bite, you certainly can take a number of steps toward reducing the likelihood of one occurring. Hirt at Mother Earth News encourages campers, hikers and other would-be outdoor wanderers to consider wardrobe choices. Light-colored, loose-fitting clothing is best, she says, since most bugs are attracted to dark colors and make their mark through tight clothing. “Also avoid wearing bright or floral patterns,” Hirt writes. “Resembling a scrumptious flower can make you attractive to bees and wasps.” In keeping with the theme of prevention, insect repellents, of course, are as prevalent on the market as the products aimed at soothing bug-related ailments. Alongside natural bug bite remedies are equally eco-friendly repellents. For people who enjoy mixing, matching and measuring, Hirt offers a naturally-derived insect repellent that includes a cocktail of essential oils. The list of ingredients includes two teaspoons total of basil, cedarwood, citronella, juniper, lemon, myrrh, pine, rose geranium and rosemary. A cup of 190-proof grain alcohol rounds out the concoction. Mercola also encourages people to stray away from areas that attract heavy populations of insects. Areas with stagnant water are ripe for mosquito swarming and breeding and should be avoided at all costs. “Body temperature and skin chemicals like lactic acid also attract mosquitoes, which explains why you’re more likely to be ‘eaten alive’ when you’re sweaty, such as during or after exercise,” Mercola writes. “Trying to stay as cool and dry as you can may help to some degree.”

Why you should avoid chemical repellents and bug bite treatments

While there are countless varieties of commercially available insect repellents and treatments on the market, many should be avoided because of the high chemical concentrations. Mercola, in particular, says consumers should steer clear of anything containing DEET, which more technically is known as N,N-diethyl-meta-toluamide. Mercola says the chemical compounds found in DEET could lead to a number of unintended consequences – some more serious than others – including headaches, memory loss, muscle and joint pain, muscle weakness and fatigue, shortness of breath and tremors. Children are especially at risk of experiencing the ill effects of DEET, Mercola says, because their skin more readily absorbs chemicals. Moreover, those chemicals can more harshly impact their developing nervous systems. Insect repellents and treatments containing permethrin also should be avoided, Mercola says, because the compound contains neurotoxins that have caused carcinogens. Mercola also asserts some scientists and medical professionals have linked permethrin-containing products to a range of conditions, including chromosomal abnormalities, immune system problems and liver and lung tumors.