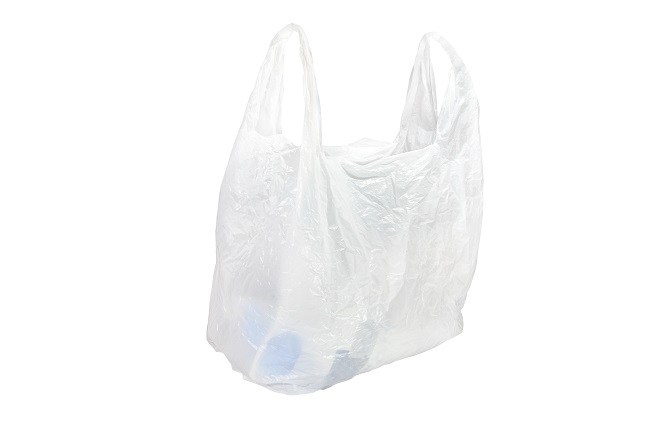 Living in Wisconsin and almost inevitably enduring rough and tumble winters, I yearn for spring. Each March or April (depending upon the unruliness of the particular winter), I partake in that annual ritual of spring clean-up. It includes venturing outside and removing all the trash that accumulated in the four or so preceding months. Since I am in an urban setting (Milwaukee), the amount of litter is noticeable. Without fail, part of my clean-up effort includes gathering up plastic bags – sometimes dozens of them. They stick to the muddied earth and catch onto trees. They’re brittle yet relentless. This is how I view plastic bags. They’re annoying, they’re voluminous and they’re unsightly. They’ve long been the bane of eco-minded organizations, and now their menacing stature in society is starting to catch the attention of lawmakers.

Plastic bags might seem harmless, but there are reasons to have concerns about their very existence. Sure, they serve a purpose – transporting your groceries and other purchases from the store to your home – but there are so many other ecologically responsible ways of accomplishing this task. The writers at ReUseIt laid out many reasons why plastic bags do more harm than good. Their pointers include:

Hawaii just became a leader, but tweaks may be needed

In 2012, Hawaii’s state lawmakers set a precedent across the U.S. The tropical island, which has surprisingly dealt with ongoing litter-related issues, passed legislation that banned the use of plastic bags in retail settings – at least bags that fell into a certain category. The law went into effect July 1, 2015. As this article from NBC News pointed out, a smattering of local Hawaiian governments – including the Honolulu County Council – had adopted their own ordinances before the state law was enacted. “Passing the bans did take an effort – change always does – but people seemed to understand the need for such an effort,” Robert Harris, who heads the Hawaiian chapter of activism group The Sierra Club, told NBC News. While Hawaii’s move has been lauded as progressive and forward-thinking, the island has received its share of criticism for not enacting a tougher law. Hawaii News Now pointed out some of the loopholes in the legislation. While those annoying, clumsy and thin plastic bags are no longer legal at Hawaiian retailers, stores can – and do! – use plastic bags. They just have to be sturdier (at least 2.25 millimeters in thickness). Legislators claimed the law was designed to encourage re-use of the plastic bags, which in their more popular iteration have been known to fall apart because of their thin veneer. It’s also worth noting there are a host of exceptions in Hawaii’s legislation that still allow plastic bags in such instances as restaurant takeout bags, laundry and dry cleaning bags and newspaper bags for home delivery. Green organizations have swiftly taken aim at the legislation, arguing even more plastic is being used to make these sturdier bags. “It’s a great step forward, but a number of stores have taken a step back,” Stuart Coleman of the nonprofit environmental group Surfrider Foundation told Hawaii News Now. “The grocery stores, which are the biggest offenders, having so many plastic bags, are doing these thicker bags, which will now take 10 times as long to deteriorate.” Hawaii’s national, regional and local retailers reportedly balked at an all-out ban, which is part of the reason there was a compromise in favor of plastic bags of a thicker consistency. Critics of the legislation alleged it could hurt the island’s economy over time. There has been talk of further tweaking Hawaii’s legislation to create even tighter restrictions, although any further changes are likely years off on the horizon.

Hawaii is not the only state taking a stance on plastic bags. Across the U.S., a smattering of local and state governments are weighing in on the issue with their own proposed legislation. The city of Chicago is gearing up for its own plastic bag ban that kicks in August 1, 2015. While there are plenty of stipulations in the city’s ordinance, it will curb the estimated 3.7 million plastic bags that are handed out each day in the Windy City. According to this report on WBBM-TV’s website, the ordinance affects stores that are 10,000 square feet or more in size. In Arizona, state lawmakers are taking a decidedly different approach, by prohibiting municipalities from enacting plastic bag bans. According to the Huffington Post, Arizona state Senator John Kavanagh, R-Fountain Hills, said he did not view plastic bags – at least in his own state – as a worrisome epidemic worthy of imposing government regulations. “We really don’t need to do this in Arizona because we don’t have the crisis in landfills and litter the other areas do,” Kavanagh stated in the Huffington Post piece. Lawmakers in California have been looking into a possible statewide ban, although residents will have the ultimate say when they head to the polls in 2016 and cast ballots in a binding referendum on the issue, according to the Sacramento Bee. A law banning most types of plastic bags was about to go into effect in early 2015, trumping Hawaii’s first-state bid, but a group of lobbyists, including the American Progressive Bag Alliance, was able to collect enough signatures to force the referendum and delay the bill from going into law.