Project Seafood is putting plastics found in the ocean through its 3D printers. 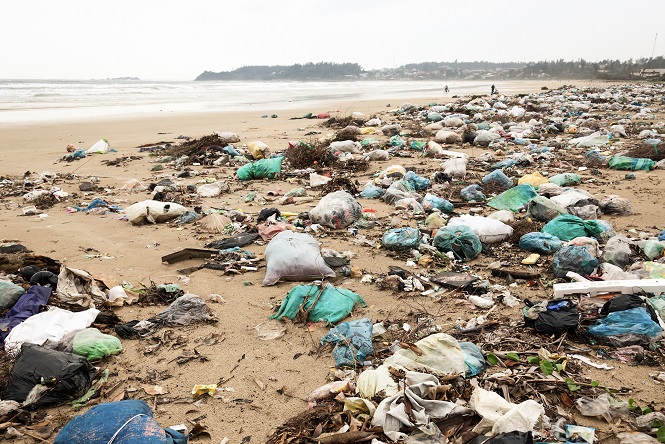 Thanks to new technologies, we’ve been able to give e-waste and plastics extra lives by transforming these non-recyclable items into 3D printed objects. But have you ever seen waste go through a 3D printer right where it was picked up? Two Swiss designers have been doing this regularly, turning ocean waste into incredible art right on the beach. Jennifer Gadient and Fabian Wyss have traveled across Europe looking for a place to surf and set up their business, Project Seafood. Most recently, the duo was on the coast of Morocco, working out of their “fab lab van” and turning plastic found littering the ocean into 3D printed objects. How do they do this? They’re equipped with a plastics shredder, an extruder and a desktop FFF 3D printer right on the beach. Gadient and Wyss collect pieces of plastic (currently, they’re looking for and creating art out of bottlecaps), and then they sort the plastics by material and color, wash them and shred them into tiny pieces. The pieces are then melted by the extruder to go into the 3D printer. Jennifer and Fabian don’t add anything extra to the waste — no extra color or virgin pellets — their new creations are pure plastic … straight from the ocean. The amount of plastic found in oceans around the world is on the rise. In 2010, 8 million tons of trash wound up in oceans around coastal countries – from China and Brazil to the United States. This is far more than what has ever been measured before. Unfortunately, plastic products are usually not biodegradable, so these pieces constantly accumulate in our oceans, polluting their surroundings and killing sea creatures. Jennifer and Fabian are selling their creations to people they meet on the road and through their online store. They sell wax combs for surfers, wave decorations, and charms. Project Seafood’s website also has a blog where you can follow the adventures of the two surfers, such as their experience using 3D printing to create a beautiful new frame for broken sunglasses. Big changes have to be made in order to stop plastic from infiltrating the ocean. In 2012, 288 million tons of plastic were manufactured globally, and this is way too much of the non-recyclable product. But until less plastic is being used less often, it’s great to have artists like Jennifer and Fabian to make creative use of the waste they find.