Ruin Tourism: A New Way to Take an Eco-Vacation

Cut down on your ecological footprint by planning a ruin tour for your next vacation. 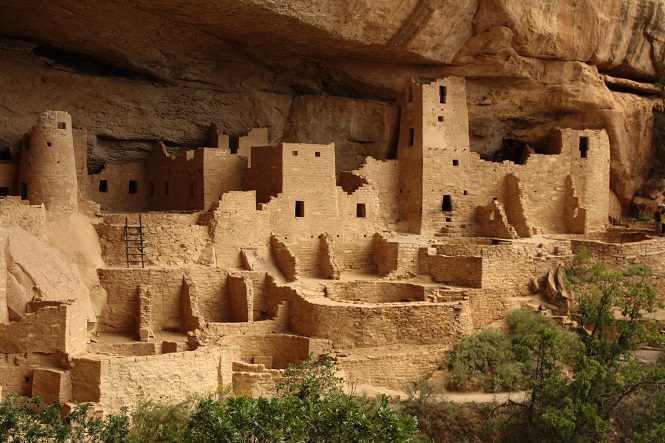 The Mayan ruins, the Forum in Rome, the Pyramids of Giza, Pompeii, Stonehenge. You probably don’t associate old historical sites with being eco-friendly. After all, ancient man could be a little harsh towards the earth, with slash-and-burn farming techniques and the like. But touring ruins is actually a good way to take an eco-friendly vacation. You’re going to see monuments that are already set into the earth and in harmony with the natural surroundings, so where you are going does not take tons of resources to build or upkeep like, say, the pyramid of Las Vegas. You can walk around the ruins and usually camp nearby, so limiting the resources you are using in travel and lodging. Plus, preservation efforts to keep these monuments pristine cut back on litter and other poor land maintenance practices. Sounds like it’s time to plan a ruin tour. But first, how do you make sure you are really traveling green?

Keep an eye out for greenwashing

In our increased zeal to have less of an ecological footprint in our travels, many companies in the travel industry have sought to cash in on that sentiment. Some efforts are sound, some not so much. The latter group engages in a practice called greenwashing, which popular travel blogger “Nomadic Matt” defines as “insincere and over-hyped attempts to be viewed as ‘green.’” Matt goes on to say, “Resorts might talk about their commitment to reducing waste by using recycled toilet paper and low-flow showerheads, but they have huge mega-hotels. The nature of their hotels means they will never be truly environmentally friendly, unless they rebuild the place from scratch. And most of their customers wouldn’t put up with higher prices to help offset the capital costs of upgrading to be eco-friendly.” The long and short of it, says Matt, is that big companies tend to come in, hire cheap local labor and then the profits mostly end up at headquarters. Even multi-national tour companies bring in tourists under the eco-friendly tour guise, tell people they are on an environmentally low-impact tour and then send people back home while very little of that tour money ends up in the local economy of where the tour takes place. The secret is to interact with the local culture, while lodging as organically as possible. A good rule of thumb, to be truly sustainable in your travels, is to avoid the big companies that shelter you away in all-inclusive resorts, cruise boats and non-locally supported tours. That probably means camping or staying with a host, walking or shuttling to the site and working with local tour guides. All of those practices keep you rooted in the culture for a full immersion experience and your money goes to the local economy.

The best way to be completely in charge of how much impact you have on the environment is to camp. Many ruins are well-known tourist destinations, or even national parks, so there’s a good chance camping is available nearby. For instance, the Aztec ruins of New Mexico’s site lists nearby lodgings, two of which are campgrounds. This way, you’ll have limited impact on the environment as you pitch your temporary lodging. But camping can get pretty high-impact environmentally if you don’t know how to do it right. Below are some basic tips on how to make sure your camping experience stays truly eco-friendly:
As a side note, if camping is really not your thing, consider staying with local hosts. You’ll integrate with local homes (meaning a reduced ecological footprint since you’re not staying at resource-intensive hotels) and have the added benefit of full immersion into the area you’re staying at. You can find resources online to help set up a place like couchsurfing.com, bewelcome.org and airbnb.com.

Ruin tourism itself can seem intimidating. Just the word ruin conjures images of far off Roman bathhouses or stone formations in the British Isles, but there are plenty of ruins to tour domestically. Staying stateside is a surefire way to reduce your ecological footprint. You might not have to fly, meaning less jet fuel emissions, and you can always choose a fuel-efficient vehicle to use on the trip. Plus, if you’re camping, you can load up your gear in the car instead of trying to fly with it. Below are some of the most popular ruin destinations in the States:
Hopefully these sites point out just how much history North America has, as well. I once heard someone refer to America as “too new” to have any interesting culture or history, but sites like these prove otherwise. You can find a fuller list of dozens of American ruin sites here. Also, a curious trend that has popped up is urban ruin tourism, particularly in the abandoned factories and homes of a once-successful Detroit. You can get tours going through these old condemned areas, which look oddly picturesque in a faded, almost Gothic sort of way. But going into condemned buildings isn’t always terribly legal. For a more copasetic way of seeing old America, go here to find a list of abandoned castle-like structures right in the States that are popular attractions, like the old castle home of William Gillette, who played Sherlock Holmes on stage. With these ideas and tips, you can have a fascinating and fun trip that doesn’t require new and sometimes wasteful resources to attract tourists.