Taking to the Sky with Plastic Bags and Solar Power

Oh, the things you can make with plastic bags …. 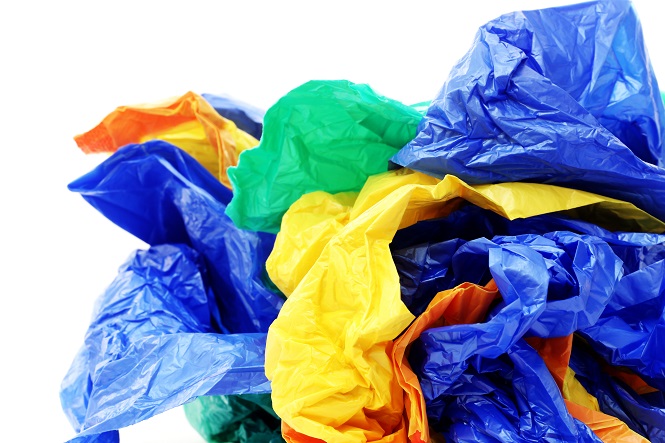 Tomás Saracen made headlines when he launched his new hot air balloon. The catch? It’s made out of all recycled plastic bags. The behemoth looks like an artsy mosaic, beautiful in its quilt-like complexity. That iconic balloon is now on display as part of an exhibit called “Becoming Aerosolar,” which is in Austria at the 21er Haus art museum in Vienna and is on display through August 30. According to the official exhibition site, “‘Becoming Aerosolar,’ the long-term artistic inquiry, can be understood as a set of creative propositions that tries to imagine a metabolic and thermodynamic transformation of human societies’ relation with both the earth and the sun.” The exhibit was made out of co-writing exercises by Sasha Engelmann, Bronislaw Szerszynski and Tomás Saraceno, which bring together people from different intellectual areas, like artists, philosophers and sociologists, to explore the idea of being aerosolar. But the recycled bag hot air balloon really takes the cake. Saracen has a history of looking at models that propose a more sustainable attitude towards living. His work has revolved around the concept of Anthropocene, which the exhibit website defines as, “[a] term used to describe the current geological era in which our earth finds itself, defining the human being as the most important factor influencing the planet’s biological, geological and atmospheric processes.” In the past, Saracen has produced moving art playing with the idea of freeing “cloud cities,” which you can view here. Rodrigo Alfonso describes Saracen’s work as, “defying the traditional notion of space, time, gravity, consciousness and perception, as seen in his artistic proposals, whether of a social or community nature, depicting a utopian and participating nature. The sky and the land are interchanged in his installation, the gardens float and the persons fulfill their much longed for desire of flying.” The exhibit also details experiments during “Becoming Aerosolar” workshops and student events, where people worked with solar balloons and other aerosolar wonders.

Solar Balloons: The Way to Sustainability?

If you’re not familiar with solar balloons, they are a cousin to the hot air balloon. They gain flight when the air inside is heated with the use of dark balloon material. And it’s a serious hobby. Solar bag toys are available, you can make your own and some people even gain flight using solar balloons. You can see a video of a guy flying one here. It’s an interesting concept, and gets you thinking. Solar balloons probably aren’t the future of human transport, but it’s interesting to see what some sun power and human ingenuity are truly capable of. Want to make your own experiment reflecting on the aerosolar ideal? There’s a great tutorial here. Basically, you just cut and Duct Tape some black garbage bags together so they form a tube, inflate it with a fan or vacuum cleaner exhaust and take it outside on a sunny day. The air inside will heat and rise, and you’ll get a giant “hot air balloon.” You can even make it out of used black bags, if you wish, for totally sustainable fun.