Toilet to tap water isn’t just an idea Bill Gates likes to talk about. It’s something real cities are doing to conserve water and promote sustainability. 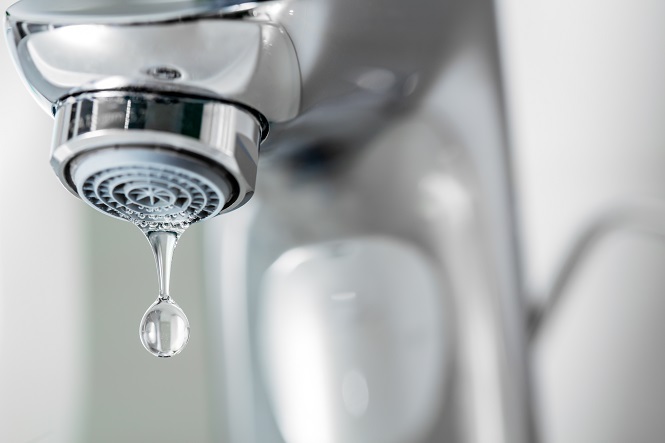 I have a dog. I’m not really a dog person, and yet there are 85 pounds of chocolate lab bounding around my house day in and day out. That’s not to say that I don’t like him. Dogs, as a species, I could take or leave. But there’s something about the individuals that just beats you in the heart with an oversized tail until you love them. What can I say? He’s my best friend. Maybe it’s the way he gets so excited when I get home that he literally prances (destroying my hardwood floors), or how he’s so dedicated to protecting the family that he makes sure we’re all awake anytime someone is on the sidewalk, or maybe it’s how no morsel of food is ever as delicious as the one that’s in my hand. Whatever it is, it’s not because of his amazing hygiene or discerning palette. That guy will eat almost anything. Also, he drinks out of the toilet. Now, I have no room to judge anyone for eating anything they can get their teeth on. I’m a huge fan of food. But drinking out of the toilet? C’mon. That can’t be a good idea.

Why Drinking Out of the Toilet Is a Great Idea

OK, now you’re just being contrary. But, you’re also right. In case you haven’t noticed, the California Raisins are slowly making over the entire state in their shriveled purple image. They and their luchadora henchwoman, La Niña, have cut off Cali’s water supply. Now the people are getting a little desperate, and they’re looking for ways to replenish their stores. It turns out they’ve been flushing the solution down the toilet. Every day, California disposes of about 4 billion gallons of liquid filth, which are cleaned, treated and generally used for irrigation. But recently, there’s been a push to add that treated H2O back into the drinking water supply. And Californians are not alone. More and more cities around the world are looking to waste as a sustainable supply of delicious drinking water. And, logically, it makes sense. After all, Kevin Costner never ran out of fresh water in Waterworld, and he certainly wasn’t carting around a desalinization plant. But while California is sending the treated waste back into the aquifers to be used later, Texas is doing things in true Texas fashion: pumping directly into the drinking supply because tell them they can’t! Not satisfied with only saving water, though, recycling processes also save money. Reclaiming water costs less than half as much as having it brought in by truck, and only a quarter as much as desalinization.

Well, there are two answers to that. And they’re both yes. The water obviously doesn’t get siphoned straight from the sewer and poured into your coffee pot. It’s filtered to get out all of the poo bits, which also removes most of the bacteria and other fecal fauna. Then it’s sent through a membrane via reverse osmosis, which leaves the rest of the nastiness behind, including flushed pharmaceuticals. On the other side, it’s blasted with ultraviolet light and then some peroxide is added, just for good measure. In short, they’re sparing no effort in making your pee the cleanest water you’ll ever drink. And, by all accounts, it’s working. The city of Wichita Falls has been drinking ‘poo water’ since the middle of last year, and has started getting compliments on how much better the water tastes. And not only does it taste good, but it’s actually cleaner than a lot of other sources.

So Why Isn’t Everyone Drinking From the Toilet?

As it turns out, the phrase “toilet to tap” doesn’t exactly inspire joy in the hearts and minds of the people. There’s a big marketing problem when you tell people that you’re intending to give them back the water they just got rid of. A small, but very vocal minority has so far managed to keep most large-scale water recycling projects off the books. They’re the ones who coined the phrase “toilet to tap,” which put the kibosh on L.A.’s last attempt at sewage sipping back in the ’90s. But, like any good derogatory term, it seems like those in charge of keeping our whistles wet are stepping up to own it, which bodes well for the success of future sludge service. As I sit listening to the slurping sounds of my dog visiting his luxury water bowl, I can’t help but think I was wrong. Maybe he’s had it right all along. I maintain that drinking directly from the porcelain fountain isn’t the greatest idea, but the water that goes down the hole is still water, and it’s the same water that Earth’s inhabitants have been drinking (and doing other “things” in) for billions of years. It only makes sense, as the water crisis grows, that we should be looking anywhere we can for ways to save our most precious natural resource. In fact, I kinda look forward to the day when I can share a fresh, clean, treated toilet toast with my best friend. But I’m still not eating out of the litter box.