What Do the R2 and e-Stewards Certifications Mean?

Many companies are certified by R2 and/or e-Stewards, but what does that mean when it comes to electronics recycling? 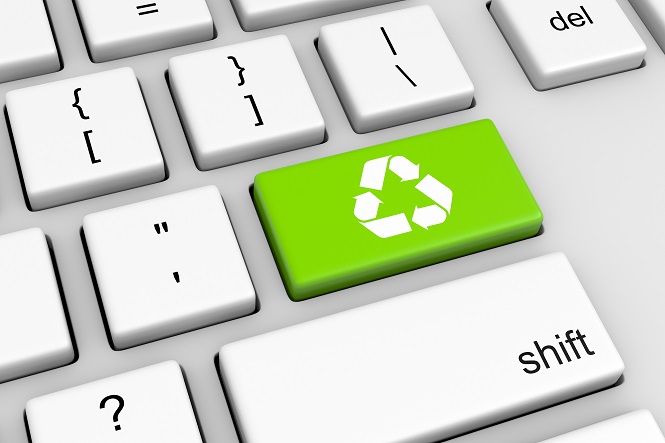 You might see the R2 and e-Stewards terms tossed around in regards to recycling and e-waste. You’ve probably even heard that they’re certifications, and possibly that one is better than the other. But what are they really, why should we care and is one really superior to the other? Below we’ll explore what the certifications are and what they really mean.

According to the e-Stewards website, “e-Stewards is a global team of individuals, institutions, businesses, nonprofit organizations and governmental agencies upholding a safe, ethical and globally responsible standard for e-waste recycling and refurbishment.” That means it works to stop exporting illegal hazardous e-waste to other nations. It allows export of safe electronics like non-toxic steel, plastics, aluminum or functional, safe used equipment. Hazardous e-waste may be traded between developed counties as long as it’s legal. The primary goal is to stop the export of illegal hazardous e-waste to lesser-developed countries. Companies under the e-Stewards certification are held accountable through audits conducted by accredited certification bodies.

SERI (the non-profit in charge of the R2 certification) defines R2 as, “The premier global environmental, worker health and safety standard for the electronics refurbishing and recycling industry […] R2 Certification is improving electronics recycling practices around the world by ensuring accountability and adherence to the highest industry standards for data security and the protection of workers and the environment.” Facility certification for R2 involves an 11-step process including reviews, audits, reports and corrective action if required. That’s all well and good, but these official definitions make the certifications look like the same thing. While similar, they are anything but identical, and it has caused a bit of controversy. Let’s look more in-depth at what these certifications imply and why it’s not such a cut-and-dry issue.

R2 and e-Stewards: a side-by-side comparison

Here’s where the two certifications get difficult. Many people have their favorite certification, and there’s some vehemence flying between the two groups. For instance, a news post on the e-stewards.org site in 2012 stated that, “R2 is lousy with loopholes and R2 recyclers may send e-waste to landfill or incineration whenever they deem it ‘technically and economically’ more feasible than, say, handling it appropriately. R2 allows unrestricted use of landfill and incineration of non-toxic materials.” Indeed, the R2:2013 standard still lists land disposal as an option if “no reuse or recycling options are viable.” Further, the Electronics TakeBack Coalition released a comparison chart between R2 and e-Stewards in 2010, overall making e-Stewards look like a more comprehensive program. One of the main complaints about R2 is its lackadaisical approach to the export of e-waste, and the most heavily criticized component of R2 is its allowance of sending hazardous e-waste out to other R2-certified companies in developing countries. R2 is also vague about respecting the import laws of other countries, “allowing the recycler to decide what’s legal,” according to the report. The e-Stewards About page even details its split with R2 over the issue of other countries’ importing laws and the disposal of toxic waste. Meanwhile another report, released by SERI (remember, the R2 supervising body) covering the R2:2013 standard, claimed R2 is superior in that it allows e-waste to be reused, rather than focusing so heavily on just waste management. It argues that shipping out waste is a good thing, which allows more “flexibility” with other companies that have been R2 certified, “when it’s legally permitted.” It also states that it allows other parts of the world greater access to used, refurbished technology, and adds to the amount of safe, up-to-date R2 recycling facilities in other parts of the world. The SERI report also states that any non-working electronic device would be deemed hazardous and not allowed to be exported for refurbishment under e-Stewards standards. The device would be broken down for raw materials and a lot of the value of the device would be lost. In short, SERI prides itself on its looser approach, since it sees the method as a way to use e-waste to its greatest potential. And as far as legality goes, the R2:2013 standard states all international trade must be legally in compliance, with documentation, by “all importing, transit and exporting countries.” On the other hand, the EPA endorses and supports both certifications, providing technical assistance to both. Some places even cut right to the case and have both certifications. Although they are similar, the certifications do have enough differences to make both certifications worthwhile. Where one lacks, the other picks up. For instance, e-Stewards emphasizes no exportation of e-waste to developing countries and no prison labor, while R2 emphasizes wise choices with storage and vendors down the line. At the end of the day, it seems these certifications boil down to either a packaged deal or an e-waste disposal/reuse dichotomy.