What is a Co-op? How Does It Work?

You may have a co-op in your community, but do you know how it actually functions? 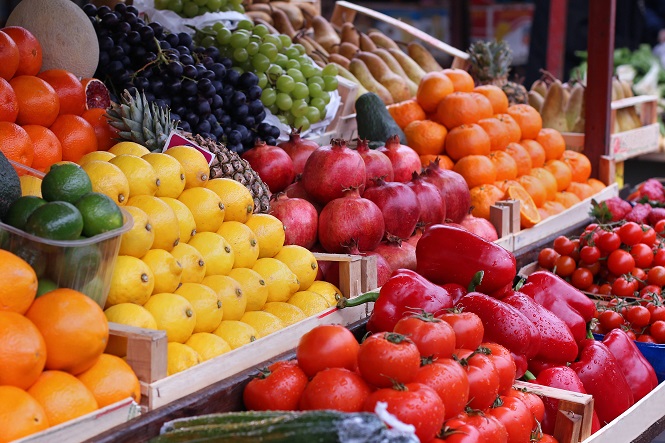 You may have heard of them in your own neighborhood, town or city, but what exactly is a co-op? How does it work and benefit your community as a whole? If you’re looking for a way to get involved or you simply want to know what it’s all about, there’s no better time to start the learning process than now.

Co-op is short for “cooperative,” and it’s important to remember that it’s in reference to an actual organization (think of it as a noun rather than an adjective). A co-op is typically created to serve its members but also spread around the responsibilities of bringing products to the community. Rather than giving profits to investors, like a standard grocery retailer, a co-op gives its surplus income to its members who contribute. This means that if you participate in a co-op, you keep it alive and thriving, while you reap its goods and services.

Get the Facts on Co-ops

If you still have some questions about co-ops, you’re not alone! Here are some quick facts on these popular organizations.

Often, co-ops do more than provide goods and services to those who walk through its doors. The Moscow Food Co-op in Idaho is one example of these. The business has held a Tuesday Grower’s Market for 10 years in the area, made up of local farmers within 50 miles of Moscow, Idaho. This gives residents an opportunity to purchase food from those who practice organic and sustainable practices. Those who want to get more involved in the farming community can also do so, thanks to the Moscow Food Co-op. The Crop Mobbing program puts co-op members in touch with farmers to learn more about areas where they need help. Afterward, they can send out the message to community members who are willing to provide assistance and learn more about agriculture. Finally, the Moscow Food Co-op is at the front of the Fed Initiative. This is its food education and demonstration program, which takes place twice a day every Friday. Locals are invited to learn more about where their food comes from while they taste it at the event. The Moscow Food Co-op is just one of many co-ops across the country that positively influences its community while providing goods and services.

The Other Side of Co-ops

Up to this point, you might be ready to head over to your local co-op and sign up. However, it’s worth examining the other side of the coin before you make a decision to join. While these businesses are generally helpful to towns and cities, they require a few things from their members. First, you’ll need to remember that co-ops ask you to dedicate time to the initiative. This means that for a few hours per week, you’ll likely have to visit the co-op to handle responsibilities, such as stocking or bagging. If you’re looking for a way to volunteer and give back to the community, this may be right up your alley. However, it could be problematic if you already have a hectic schedule. Next, many co-ops require you to pay a membership fee. This will vary depending on the co-op, but it could be worth it if you’re dedicated to getting your food from local producers. Just be prepared to add it to your expenses for the month. Finally, be aware that you may not be getting a bargain for your money when it comes time to buy goods at your local co-op. While it’s true that co-ops have established relationships with nearby farmers and producers, this doesn’t necessarily mean they get the items for cheap. As a result, you may start to feel it in your wallet if your co-op is your go-to supermarket. In the end, you may find it more satisfying to save money at your local supermarket and reap the benefits of more variety. However, those who want to go organic or give back to the neighborhood should still consider the pros of co-ops over the cons.

The Efficiency of Co-ops

On the outside, co-ops seem like a no-brainer, especially for communities that lack resources such as Big Box stores and sprawling supermarkets. However, co-ops are not growing at the rapid pace you might think, according to the American Historical Association. “Wherever people are being well served by regular business, cooperatives grow slowly or not at all,” states the website. “If, after the present war, business is forced into keen competition, resulting in small profits and good service to consumers, the development of cooperation will be discouraged.” That being said, it isn’t all bad news for the future of co-ops. They serve their purpose in areas where they can provide better services, products and lower costs to consumers. Efficient management and teamwork can also help a co-op take off in a small community. In the end, the biggest benefit to co-ops is the town or city itself. Without people willing to join the business, it is destined for failure, regardless of the goods and services it has to offer. Co-ops must also be willing to train people in areas where they may not be used to the idea of volunteer work. If you’re interested in joining a co-op in your area or you simply want to learn more, you can visit websites including LocalHarvest.org and NCG.coop for more information.