Electric Cars, Their Batteries and Recycling

There is an afterlife to an electric car’s battery pack after it has outlived its initial purpose. 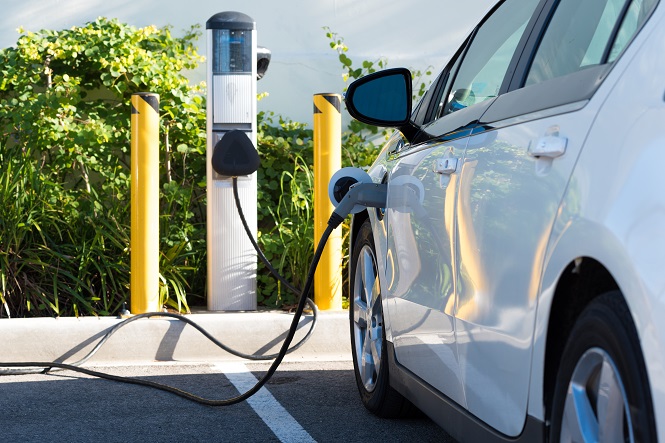 Depending upon where you live, electric cars might be sharing the roadway with traditional gas-guzzling automobiles. You know an electric car when you see one, simply by virtue of its size. (It’s much, much smaller.) Some of the more progressive cities in the U.S. – think Austin, Texas; Portland, Oregon; San Diego; San Francisco and Seattle (among others) – have begun hosting companies specializing in electric car rentals. Charging stations are beginning to dot the landscape. Electric cars are typically linked to eco-friendly imagery. After all, they operate with an emission-free model and are sustainable by design. Having noted this, it’s important to note questions have been raised about the device used to power the cars. Much like their traditional counterparts, electric vehicles use battery packs to function. But there is an important distinction. Traditional vehicles use lead-acid batteries, while electric vehicles run on lithium-ion batteries.

As this article in Consumer Reports notes, the batteries used to power battery packs for electric cars use a number of rare earth elements, mined metals and, perhaps most astonishing to some, toxic materials. In other words, the materials used to make up a battery pack for an electric vehicle might be different from those in a traditional gas-powered vehicle. But, the earth’s resources are still used in both scenarios. So the question looms: What happens to those battery packs when they are no longer useful (there is a beginning and an end to everything, after all)? As the website Green Reports points out, a new report from the Mineta Transportation Institute at San Jose State University in California presents some interesting findings. Mineta’s report suggested the number of used battery packs will rise exponentially within the next 20 years as electric cars and hybrid vehicles grow in popularity. The good news: The majority of these battery packs are expected to enter a new, second life after use in an electric vehicle.

Up to 85 percent of the battery packs could be suitable for what Mineta describes as “post-vehicle use,” while the remaining 15 percent would be expected to be discarded because of damage beyond repair. In San Diego, where such services as car2go have become mainstays, the city’s local utility, San Diego Gas and Electric (SDGE), has begun taking an active role in educating consumers about the future possibilities for battery packs, post-electric vehicle. The Consumer Reports piece notes that in 2014, San Diego hosted the Plug-In conference. Attendees of the event learned about the virtues of first reusing battery packs displaced from electric cars, then going through the steps of recycling the materials once the first step has been exhausted. At the conference, John Holmes, who heads up technology and innovation at SDGE, discussed the life of an electric car’s battery pack. When it dips below 70-percent capacity, Holmes says it generally is an inadequate amount to power an electric vehicle. This is where organizations such as SDGE come in. Holmes has suggested old battery packs extracted from electric vehicles could still have an extra life span of a decade because of that remaining 70-percent capacity. Holmes stated the battery packs could be used to store energy – an especially important issue, he said, as agencies across the globe attempt to strike a balance between electricity generation and such natural resources as solar and wind power.

Recycling electric car battery packs is still in its infancy

As noted on the website How Stuff Works, there are recycling centers out there that will take the lithium-ion batteries used to power electric cars. Because electric cars, by and large, are still in their infancy, the number of recycling centers properly extracting materials from these old batteries is small. “Right now, it hardly pays to recycle lithium, but if demand increases and there are large supplies of used material, the situation could change,” Linda Gaines, a researcher at Argonne National Laboratory’s Transportation Technology Research and Development Center is quoted as saying in the website MIT Technology Review. While lithium-ion is used in plenty of products subject to recycling, the stark reality is the amounts usually are so small that it is not considered economically feasible to go through the trouble of extracting materials. But the batteries in electric cars contain a high enough amount where it certainly would be a worthwhile endeavor. One such company, Anaheim, Calif.-based Toxco is accepting lithium-ion batteries. In fact, Toxco received a piece of good news that bolstered its operations plan. In 2009, the U.S. Department of Energy issued a $9.5 million grant to Toxco that was applied to its Lancaster, Ohio plant. The funds went toward expanding Toxco’s plant to accommodate the added machinery needed to properly recycle the lithium-ion batteries. One of the leading reasons Toxco received the federal grant, according to MIT Technology Review, is the company’s existing business model. Toxco is considered North America’s largest battery recycler. The company has reportedly been recycling the single-charge and rechargeable lithium batteries in electronic devices since 1992. In the year’s since the grant, Toxco has indeed ramped up its recycling of lithium-ion batteries from electric cars. Will others follow? That question looms, and the fact of the matter is economics could pose a challenge. According to experts, lithium remains one of the earth’s least valuable metals. The less valuable, the less financial gain for recyclers to dive into recycling these batteries in earnest. “The lithium part is really a negligible cost when you compare it to other metals – nickel, cobalt … those are going to be the biggest drivers (of recycling),” Kurt Kelty, director of energy storage technologies at Tesla Motors, said to MIT Technology Review. The tug-of-war between true green solutions and the economics of doing so could prove interesting in the years ahead.