The Future of Water Conservation: Desalination and Reclamation

As droughts continue and continue to plague parts of the U.S. and the world, innovative thinkers are designing new ways to make the most of the water we have. 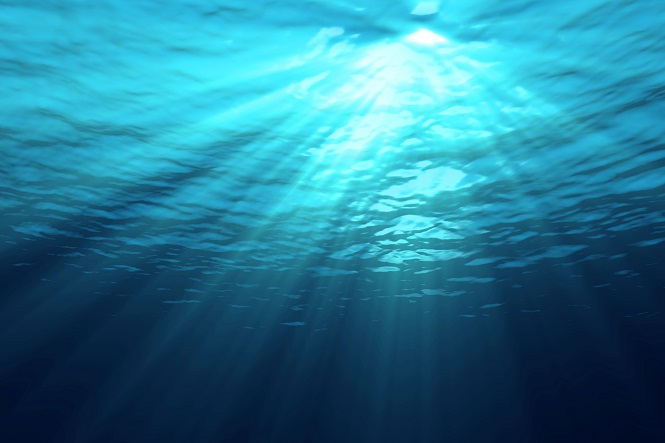 We’ve talked once or twice before about water conservation, and it always ends up the same way. I talk about how great water conservation is, and you all nod sagely, and we all twirl our magnificent moustaches and agree that yes, we certainly should use less water, or at least frown sternly at those who do not. The tilt of our mandibular adornments will surely express our displeasure with those wasteful heathens. But, while we were making small strides in our own homes, and possibly the homes of our neighbors by turning their water off at the main during peak hours (let them try to prove it!), others have been working around the clock to turn the small steps of men into giant leaps for mankind. And 50 years from now, when we’re drinking fresh, pure water from Buy ‘N Large cups on our spaceships, it’ll be because of technologies like…

The minds at Okeanos looked at the way we desalinate water and thought to themselves, “Well, there’s just no way to improve that.” But instead of saying, “If it ain’t broke, don’t fix it,” they figured it was too broke to be fixed. So, giving a massive raspberry to tradition, they went ahead and invented a whole new to way to get the junk out of our sea and make it safe to drink. They call it Massively Paralleled Desalination, and if it works half as well as they say, it just might save our bacon. The WaterChip is a network of microelectronic circuits that use “the corrosive energy of seawater towards the useful task of desalination” one microliter at a time. From what I can gather, it uses an electrochemical field gradient to separate the salt, microorganisms, and other gunk from water that’s just begging to be drank. Because it runs on the magic of electrons, at the electron scale, it uses far less energy than silly things like reverse osmosis or evaporation. Now, I know what you’re thinking. A microliter at a time sounds incredibly slow. But that’s where the Massively Parallel part comes in. The WaterChip has an estimated crap load of these microcircuits, all working together like little termites to build a gigantic … termite mound … that … also is water? I don’t know. I lost it. Anyway, the point is, it’s scalable and can be used for everything from a Brita pitcher to Great Britain.

As effective as the WaterChip may be, stealing water from Poseidon’s own well seems a little uppity to me, and a great way to end up as an extra in the real-life production of Waterworld. The people at Ecosphere Technologies seem to agree with me, so they decided to up the reclamation game by cherry-picking the good processes everyone else uses, smashing them together and keeping all the pogs that flip over. The company’s Ozonix oxidation process starts by creating ozone, which straight murders all of the bacteria by breaking down their cell walls. And any leftover O3 (the chemical compound for the ozone) just goes to fill that hole in the ozone layer you caused with your 80s hair. Step two is hydro cavitation. Hotspots are created in the water that form bubbles. The bubbles collapse, sending a shockwave through the water and converting the ozone into hydroxyl radicals, which is Science for super oxidizer. Next comes acoustic cavitation, which smashes any bacteria clusters so the oxidizers can do their dirty work. Finally, the water is electrochemically oxidized to get those last pesky bits out and make the water safe for reuse. Did you notice anything missing from those steps? How about chemicals like chlorine (electrochemical oxidation uses electricity, not actual chemicals, to create a chemical reaction)? Ozonix doesn’t use chemicals, and it doesn’t use energy-hungry processes like reverse osmosis. Plus, it’s portable, scalable and incredibly fast. One Ozonix unit can purify 3300 gallons in a minute, which would take chlorine, depending on the dosage, about a minute and forever seconds. Not only does Ozonix look like a solid solution for municipal water supplies and industrial wastewater, it also has potential application for emergency management. When the big one hits the Pacific Northwest, Ozonix could be the only thing that saves Oregon from death by dehydration. It’s hard for most of us to imagine a world without fresh clean water. Luckily, there are some people out there who have a much better imagination than we do, and the chutzpah to make their daydreams into reality. Maybe these technologies won’t be the end-all-be-all of water purification. Maybe we’ll figure out something even better. But these solutions are enough to get people thinking. And until we all evolve past the need for petty things like hydration, we need thinkers like these to help keep our heads above… water? What’s your favorite new clean-water tech? Hit me with a sales pitch in the comments (and then let me borrow the cash to buy it)!