How to Recycle Medical Waste

How can you safely recycle medications, needles and medical waste? 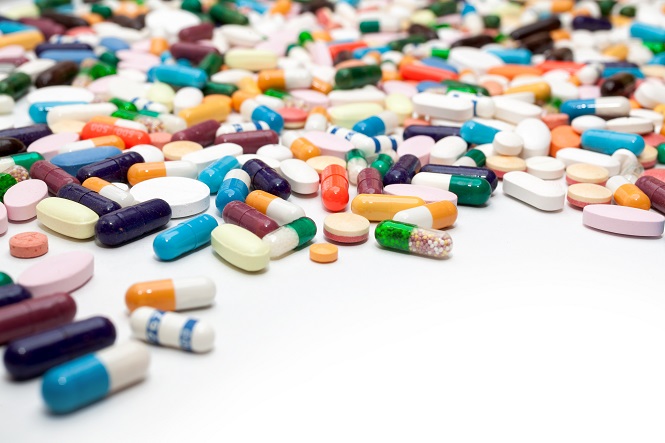 Think medical waste is confined to hospitals and doctor’s offices? Think again. The Mayo Clinic reports that nearly seven in 10 Americans use at least one prescription medication regularly. The U.S. Environmental Protection Agency estimates that 9 million Americans use needles to administer medications every year. And anyone can accidently suffer from a bad cut and end up with kitchen towels or work rags stained with blood. There is no great way to recycle medical waste. However, it is extremely important to dispose of it in a safe, responsible manner. We have guidance on how to get rid of the three most common types of household medical waste: medications, needles and other sharps, and fabrics covered with blood or urine.

How to dispose of medications

The most common type of medical waste people have around their homes is prescription and over-the-counter medication. It is a good idea to throw out expired and unwanted medications so you do not take them by accident. In addition, it lowers the likelihood of prescription medication abuse. According to the Trust for America’s Health, drug poisoning is now the leading cause of death among adults. Many of the people who accidently overdose on medications are taking prescription drugs, not illegal drugs. More than 70,000 children go to the emergency room with cases of medication poisoning every year. Nearly 3 percent of kids ages 12-17 are abusing prescription drugs, as are 5 percent of young adults age 18-25. Prescription medications, especially those that are expired, cannot be recycled for obvious safety reasons. Instead, they are burned in special incinerators that keep harmful substances from entering the air. But before that can happen, you have to find someone trustworthy to give your medication to. A growing number of communities have permanent collection centers for unwanted prescription medications. Depending on where you live, those collection centers can be located at the sheriff’s office, another government building, a pharmacy or a long-term care center. Check with your doctor’s office, pharmacy or public health office to find out where to take unwanted prescription medications. CVS has a program called TakeAway that allows you to safely dispose of prescription and non-prescription medication through the mail. Buy its special envelope, place all your unwanted medications in it, then send the envelope off. The medications are destroyed in cooperation with law enforcement officials. Note: The TakeAway program will not accept controlled substances like narcotic pain killers. If you need to throw medications in the trash, mix them with an undesirable substance such as used kitty litter, moldy food or grease so people will not be tempted to pluck them out of the trash. Place your medications in a sealed bag or empty non-recyclable can before sticking them in your garbage can.

How to dispose of needles

Needles and associated items (syringes, lancets and other sharps) are another type of common household medical waste. People who use needles regularly include folks with diabetes, HIV, hepatitis, blood clotting disorders like hemophilia, allergies to bee stings or foods, and people undergoing treatment for infertility. Like medications, they cannot be recycled. The risk of injuring recycling workers or transmitting dangerous diseases is simply too high. To safely dispose of needles, you should place them in a sharp container (or another container where they are fully confined) and take them to a place that is certified to accept them. Your pharmacy or doctor’s office is the most likely place to return needles. Other possibilities include your local household hazardous waste center, health department, fire station or hospital. If none of those places accept needles and other sharps, you can mail your used needles back to a company that will destroy them. You can also buy a machine that will destroy your needles at home. Since most needle return programs are free, this option isn’t for everyone. You can also see if your garbage haulers will accept needles if they are packaged safely. Rethink Recycling in the Minneapolis-St. Paul area advises residents to place their used needles in a sturdy plastic container such as a well-rinsed laundry detergent bottle. The needles should go in point-down. Once it is full, tape the lid securely shut. Write “Do Not Recycle: Household Sharps” in big letters on the outside of the bottle. The container can go in a half-full trash can (not a full one, where the bottle could accidently fall out onto the street). Of course, not everyone uses needles to treat medical conditions. Some people use needles to inject illegal drugs. People concerned about trying to safely dispose of needles and syringes with remnants of heroin and methamphetamines in them should look into needle exchanges. These programs are set up specifically to take needles from illegal drug users and get them clean needles so they are at lower risk of catching blood-borne diseases. Visit the North American Syringe Exchange Network to find a needle exchange near you.

How to recycle items with bodily fluids

Some items with bodily fluids can be washed and used again. Blood stains have the best chance of coming out if soaked in cold water. You can also wash items in hot water with oxygen bleach. Use chlorine bleach if possible for maximum germ-killing effect. If you need to throw away sheets covered in blood, urine-soaked bed pads, soiled bandages and other items that contain bodily fluids, place them in a plastic bag and make sure it is securely closed. It might be a good idea to double-bag items to make sure no fluids escape.