How to Recycle Needles

Can needles be safely recycled? 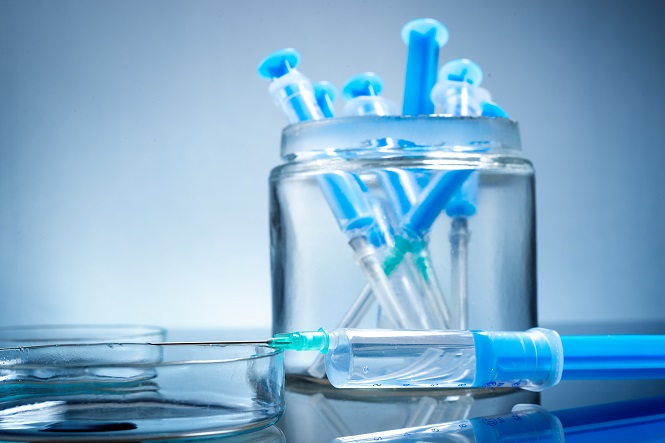 According to the U.S. Food and Drug Administration, 9 million people use needles, syringes or other “sharps” at home. Since most of those people use them frequently, the agency estimates 3 billion needles and 900 million lancets (the sharp instruments used to pierce the skin on your finger) are thrown away every year. Putting needles in your trash can is a major safety hazard. Those sharp needles could puncture a sanitation worker, causing injury and potentially transferring life-threatening diseases like hepatitis and HIV. That is also the reason needles cannot be recycled. Needles and all other sharps must be thrown away using the protocols outlined by your city or state. This article contains basic information about safe needle disposal, as well as resources for determining where you can take them.

Medical establishments (for people and animals) go through thousands of needles a day. They are used for giving shots, inserting IVs, and drawing blood and other fluids. Home needle users include people with diabetes, HIV, hepatitis, blood clotting disorders like hemophilia and allergies to bee stings or foods. People undergoing treatment for infertility or doing gender reassignment use needles regularly. Some people use needles to inject illegal drugs such as heroin and methamphetamines.

Can you recycle needles?

It goes without saying that needles should never be reused. They also cannot be recycled. The risk of disease transmission is so great that no one will take them, melt the metal back down and use it to recast new needles. It is a shame because needles themselves are made of highly-recyclable stainless steel. Syringes are typically made of polyethylene (PE) and polypropylene (PP) plastic, which can usually be recycled if you can gather them in large enough quantities. But the risk definitely does not justify the reward. Until someone can find a completely safe way to handle them, they cannot be recycled. Needles are treated as medical waste. To dispose of them, companies must incinerate them at very high temperatures to kill off all the pathogens. The fire is hot enough that it reduces the needles, syringes, lancets and everything else to ash. There are companies looking to decrease the carbon footprint of needle disposal. Stericycle distributes reusable sharps containers that can be sanitized and used over again. This decreases the need to manufacture new containers. A company called Complete Needle uses an incineration process that makes a material that can be used in cement and other products. Their product also reduces the need for mining and other types of resource extraction.

How to safely dispose of needles

The first thing you might want to do is learn about your state’s lawns for needle disposal. The Centers for Disease Control has a site where you can access this information. Once you know the laws around needle disposal, you can start looking for locations to take them. To safely dispose of your needles, you should place them in a sharps container (or another container where they are fully contained) and return them a place that is certified to accept them. Start by asking the doctor’s office that prescribes your insulin, allergy shots or other medication if they can take the needles. Even if they do not accept them, they should be able to refer you to nearby places where you can drop them off. Since pharmacies are typically the ones that give out needles and lancets, many will also accept sharps containers for disposal. If you need to take your needles to a place where you do not purchase your medication, make sure they take them from everyone (not just customers). Communities may have needle disposal facilities in other locations. Check with your local household hazardous waste center, health department, fire station or hospital. There are mail-in programs that accept needles. They send you a sharps container in the mail, along with instructions for shipping it back when the container is full. There is typically a charge for these services. To find one that touts its eco-friendly policies, do an online search for “eco-friendly sharps disposal” or something similar. If you go through a lot of needles at home, and find it difficult to take them to a disposal center, you might consider an at-home needle destruction device such as The Disintegrator Plus. They bend, break or otherwise destroy needles so they cannot puncture anyone who handles them. If you know a person who uses needles to inject illegal drugs, see if your city has a needle exchange. They are often run by nonprofits and work to prevent the spread of HIV, AIDS, hepatitis and other transferable diseases in users. They also help to minimize the risk of needles being left in public places where children or animals could injure themselves. Visit the North American Syringe Exchange Network to find a needle exchange near you. A limited number of garbage haulers will accept needles only under certain conditions. Rethink Recycling in the Minneapolis-St. Paul area advises residents to place their used needles in a sturdy plastic container such as a well-rinsed laundry detergent bottle. The needles should go in point-down. Once it is full, tape the lid securely shut. Write “Do Not Recycle: Household Sharps” in big letters on the outside of the bottle. The container can go in a half-full trash can (not a full one, where the bottle could accidently fall out onto the street). RecycleNation’s Recycle Search tool can be a great resource for finding locations that accept needles and other medical waste.